Pain is not a vital sign. It cannot be measured objectively, nor does an extreme value portend crisis as in the case of pulse or blood pressure. The myopic focus on pain in recent decades has been misguided and deleterious, and the opioid crisis is the result. Now, like ostriches with our heads in the sand, we are again playing victims instead of wielding power when we allow customer satisfaction surveys to influence our practice of medicine.

In the 1990s, media outlets aggressively reported on the plight of patients whose doctors were under-treating their pain by refusing to prescribe opioid medications. This crusade was encouraged by the Joint Commission on Accreditation of Healthcare Organizations (JCAHO) who, along with Purdue Pharma, distributed a book for doctors noting that, “there is no evidence that addiction is a significant issue when persons are given opioids for pain control.” One year following the dissemination of this video, pharmacies filled 11 million more opioid prescriptions than during the previous year. In 2007, Purdue executives pled guilty to misbranding the drug oxycodone, and downplaying its addictive nature, settling a lawsuit with the federal government for $635 million.

While physicians are concerned with patient comfort, it is not our primary concern. We swear to “first do no harm,” not to ensure that every patient reaches zero on his or her pain scale. Doctors are granted responsibility for disseminating narcotics in an appropriate manner because we have the requisite knowledge and training, and are not susceptible to the capricious nature of drug marketing and customer satisfaction scores, but rather evidence-based practice guidelines and professional ethics. We have failed to live up to this charge.

We failed so monumentally that the United States is now experiencing an unprecedented epidemic of heroin abuse. According to the National Institutes of Health, in 2010, there were 2,789 fatal heroin overdoses, approximately a 50 percent increase over the relatively constant level seen during the early 2000s. Even JCAHO, now realizing the severity of the opioid addiction epidemic, is denying culpability with assertions on its website that it never actually endorsed pain as a vital sign, nor did it encourage the use of opioids.

Meanwhile, doctors flooded the market with these medications in part due to advertising and in part because it was easier than taking the time to counsel patients on the risks involved in using opioids. With increasing pressure coming from hospital business offices to ensure patient satisfaction, we have remained reluctant to stand up to the administrators who pay us now that the true private practice model of medicine is becoming extinct, and we are dependent upon these third parties for our reimbursement. Nevertheless, these irresponsible prescribing practices are only made possible by the final step in medicine’s quality control: the doctor’s prescription pad.

There is a direct correlation between writing prescriptions for narcotics and ensuring patient satisfaction. In a study published in the journal Spine in 2009, it was reported that “Narcotic usage in visits for low back pain is associated with positive satisfaction without associated improvements in disability, pain scores, or quality of life.” The authors further conclude that, “as lower satisfaction scores may penalize physicians, pressure to adopt more liberal prescribing habits has developed.”

As physician compensation continues to deteriorate, and campaigns from external sources to alter our practice patterns become more prevalent, even ethical doctors will eventually succumb to pressure; and we are all well aware that a prescription for Percocet is the only way to satisfy some patients. In a 2014 study, researchers interviewed 155 physicians in an effort to determine if they were influenced by impending patient satisfaction scores. In this study, “Forty-eight percent reported that the pressure to achieve better scores promoted inappropriate care including the provision of unnecessary prescriptions.”

Questionnaires that hospitals use to assess a patient’s satisfaction are neither validated for nor particularly adept at analyzing clinical outcomes or quality of care. Moreover, there may be emerging evidence that the use of such surveys can be both costly and potentially harmful to patients. A recent study published in the Journal of Bone and Joint Surgery examined the effects of patient satisfaction scores on health care costs. The authors reported that the “most satisfied patients … had a 12 percent greater chance of inpatient admission, 9 percent greater overall health-care expenditures, 9 percent greater prescription drug costs, and 26 percent higher mortality.”

The reality of modern medicine is that patients may have only a vague understanding of their needs, as well as misguided and unreasonable expectations when visiting a doctor. The authors of the above study also concluded that “Although communication has a strong impact on patient satisfaction, satisfaction is also influenced by request fulfillment.” In one study, patients made at least one request in 84% of visits and fulfillment of this request was associated with increased patient satisfaction. In a study evaluating satisfaction in patients with back pain, a correlation between high satisfaction scores and the ordering of radiography was found even though the ordering of radiography was also associated with worse outcomes. A similar randomized controlled trial discovered that ordering an MRI did indeed lead to increased patient satisfaction when compared to obtaining x-rays alone.

Shall we yield more of our autonomy to administrators and marketers, and see the esteem once rendered unto doctors further diminished and the health of our country further deteriorate? Physicians should not prescribe any treatment that is not indicated and has a significant potential to cause harm to the patient. Additionally, we should refuse to enter into contracts with hospitals that include incentives for increasing patient satisfaction scores until such time that these scores are shown to be both valid and correlated with improved clinical outcomes and patient safety.

We have let the advocacy groups, the market, and the media implicate our profession in the current epidemic of narcotic abuse in this country. Are we now to become complicit in the standardization and dissemination of the unsubstantiated, misguided, costly, and potentially dangerous campaign to maximize patient satisfaction scores?

Thomas McDonald is an orthopedic surgeon who blogs at Hey Doc. 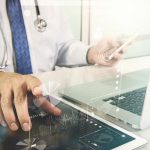 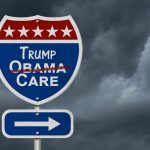 The myopic focus on pain has been misguided
4 comments