I recently attended a conference in Savannah, Georgia sponsored by the Association for Prevention Teaching and Research.

Since I haven’t spent much time in Georgia outside of Savannah and Atlanta, the welcoming plenary on improving health outcomes for the state’s rural and underserved populations was eye-opening. According to Dr. Keisha Callins, Chair of the Department of Community Medicine at Mercer University, Georgia ranked 39th out of 50 states in primary care physician supply in 2013 and is projected to be last by 2020. 90 percent of Georgia’s counties are medically underserved. Mercer supports several pipeline programs that actively recruit students from rural areas, expose all students early to rural practice and community health, and provide financial incentives for graduates who choose to work in underserved areas of the state. But it’s an uphill battle. Even replicated in many medical schools across the country, these kinds of programs likely won’t attract enough doctors to rural areas where they are most needed.

When people talk about places where doctors won’t go, they tend to focus on international destinations, such as war zones in Syria or sparsely populated areas of sub-Saharan Africa. It’s hard to believe that many places in America are essentially devoid of doctors, and access to medical care is as limited as in countries where average income is a tiny fraction of that in the U.S. Providing health care coverage for everyone, while important, won’t automatically ensure the availability of health professionals and resources in rural communities. In a recent JAMA Forum piece, Diana Mason discussed the financial struggles of rural hospitals that support community health alongside primary care clinicians, which may become more acute if budget cuts to rural health programs and grants occur as proposed in President Trump’s budget.

Georgia is hardly the only state struggling to attract doctors to rural communities. In the Harper’s Magazine story “Where Health Care Won’t Go,” Dr. Helen Ouyang chronicles the evolving tuberculosis (!) crisis in the Black Belt, a swath of 17 historically impoverished, predominantly African American counties in rural Alabama and Mississippi. In Marion, Alabama, a single family doctor in his mid-fifties and an overwhelmed county health department grapple daily with the lack of resources to contain the spread of the disease:

There is no hospital in town. The nearest one, twenty minutes away in Greensboro, has minimal resources. The road to get there is narrow, unlit at night, and littered with roadkill. Perry County has only two ambulances, one of which is on standby for the local nursing home. Life expectancy here is seven years lower than the U.S. average, and the percentage of obese adults is almost a third higher; by the latest count, more than a quarter of births take place without adequate prenatal care. [Dr. Shane] Lee’s clinic is Marion’s only place for X-rays.

Ouyang goes on to describe the University of Alabama’s Rural Health Leaders Pipeline, a program that recruits and trains medical students from rural communities to eventually become primary care physicians for those communities. Although the program has been modestly successful (since 2004, “more than half have gone on to work in rural areas, compared with only 7 percent of their classmates”), many Black Belt counties have yet to benefit from it. Many medical schools use a minimum score cutoff on the Medical College Admission Test (MCAT) that tends to penalize applicants from rural and minority communities, even though those students are more likely to become primary care physicians for underserved populations:

The purpose of doctors, after all, is to tend to patients’ ultimate needs. Increasing the supply of primary care physicians is linked to lower mortality rates; after compiling data from studies across different parts of the country, a group of public health researchers found that by adding one more doctor for every 10,000 people, as many as 160,000 deaths per year could be averted. When the same researchers considered race as a factor, this benefit was found to be four times greater in the African-American population than among white people. Studies have also observed that the availability of primary care significantly reduces health disparities that result from income inequality.

The problem of too few primary care clinicians is not limited to rural America, but those communities are where the need is greatest, since a town without a family doctor is unlikely to have any other types of physicians. Medical schools can’t easily change social determinants of health on their own, but they can rewrite their mission statements to emphasize providing health care to everyone regardless of geography, and implement recruitment and admissions policies that actually support that goal.

Why can’t doctors be depressed? 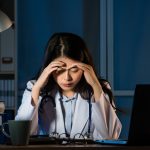 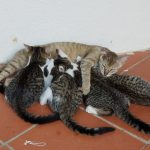 Many places in America are essentially devoid of doctors
2 comments