The young woman in my clinic, whom I’ll call Nicole, was 8 months pregnant with her third child. It should have been a joyous time — but she was in a county jail. Nicole was awaiting trial for a misdemeanor, and while a judge had set bail, she couldn’t afford to pay it.

I’m a public health researcher and physician in the Los Angeles County Jails, the largest jail system in the country.  I met Nicole when she sought out a doctor to treat her acid reflux.  Yet, mostly I just listened as she shared with me how much she missed her children.

Sadly, Nicole’s story is all too familiar.

The historical function of jails was to detain people who are a danger to public safety or a flight risk while awaiting trial. Today, jails confine too many people who are neither, simply because they can’t afford to pay bail. California’s money bail system locks up low-income people, regardless of risk or the nature of their misconduct while they await trial. In fact, 3 out of 5 people in California jails are awaiting trial or sentencing. This system is not only unjust, it also harms the health and well-being of people held pre-trial, their families, and their communities.

What happens to my patients in jails? People with physical health problems like diabetes and high blood pressure often get sicker when faced with poor food options, restricted physical activity, and the stress of incarceration.

Similarly, an alarmingly high proportion of my patients suffer from serious mental illness and addiction. But jail is far from the ideal place to treat these conditions.  Researchers have found that people with mental illness and substance use disorders do better when they are treated in the community rather than in correctional facilities. My colleagues and I do our best to care for them, but rehabilitation can only go so far when the threats of psychological, physical, and sexual violence loom large. Moreover, we cannot protect people like Nicole from the despair of being cut off from their families, jobs, and communities.

Each year, an estimated 1,000 people die while incarcerated in local jails, and a majority are being held pre-trial. People in jail without a conviction have nearly twice the mortality rate of people who have been convicted and are serving their sentence. The shock of sudden isolation and insecurity can prove unbearable. Suicide is the leading cause of mortality in jails, accounting for 35 percent of deaths. Even short periods of jail time can be fatal — the average time in jail for a person who commits suicide is just 9 days.

Parental incarceration also has far-reaching effects on children — a phenomenon that researchers call the “collateral damage” of confinement. Research shows that nearly 80 percent of women in jail are mothers like Nicole, and the majority are single parents. Like many mothers, Nicole worried about how her children were doing in school, and whether they felt abandoned in her absence.

For children, the emotional consequences of being separated from their parents is compounded by the economic hardship of losing a primary caregiver, all of which can mean children are less likely to succeed in school and more likely to get involved in the criminal justice system themselves. Researchers have found that having an incarcerated parent, even for a short period of time, is a unique “adverse childhood experience” linked to multiple poor health outcomes including substance use, depression, and even early death.

Is this a fair cost for Nicole, for her children, and ultimately for us as a society to bear, merely because she cannot buy her way out of jail?

To be sure, California needs a system that preserves public safety and ensures that people who have been charged with a crime appear in court. The California Money Bail Reform Act, two identical bills currently making their way through the state legislature, would do just that, building on successful reforms in other states and in some counties here in California.

Money bail harms tens of thousands of Californians. Reforming this system is a crucial public health issue. As a physician, I took a Hippocratic Oath to “first, do no harm.” Our legislators can do the same by reforming money bail and keeping people like Nicole out of jail in the first place.

How much does it matter which hospital you go to? 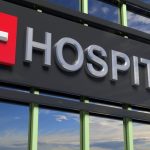 Advice for PCPs from Gene Siskel 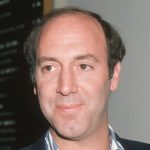