Independent physician groups have been staffing hospitals for decades. For these physicians, their practice and hospital is their home and community. They have worked at the same hospital serving the same patient population through hospital name changes, remodels, the managed care age, the ACA age and several administration turnovers. They survived.

One method to protect the independent physicians is to bond together. Independent Emergency Physicians Consortium (IEPC) found a method to unite independent emergency physician groups to provide the best of both worlds — small independent group practice and large group collaboration.

There are many myths that claim that independent groups are an endangered species. We disagree.

Myth 2. Medical staff needs to be vertically integrated. Says who? Do you believe that doctors cannot get along and align incentives unless their paycheck comes from the same source? There are numerous examples of physicians getting along and working together for common hospital goals without a trendy name such as “vertical integration.”

Myth 3. Larger groups have economies of scale. Really? Small groups have the lowest overhead of any organization. They do not need management fees, recruiters, expensive advertisement, regional medical directors or other layers of management. They can negotiate just as effectively or better for services. Independent groups can pass on savings to their providers. The provider salaries are not considered as “expenses,” but rather as profit. No one cares more about your money than you. Independent emergency providers are more intimate with their expenses and profits.

Myth 4. You need a single negotiator. Why? To negotiate what? Independent groups have a vested interest in their business and their hospital as a top customer. The groups can align their incentives with the hospital for quality care. One administrator can speak to two or 10 physician owners and get even stronger results than a single large contractor.

Myth 5. Larger groups have better throughput and satisfaction matrix. Throughput depends on efficiencies and resources invested by the hospital, not the doctors. Satisfaction correlates most with waiting times. The same doctor working at a smaller ED will get better scores when working at a larger site. There is no correlation between types of management groups and satisfaction or throughput. Where physicians work is much less important than how satisfied they are in their work environment. There are many practice options and we want physicians to be fulfilled in their job and realize they save live and help suffering every day. This is important for physicians across our county in every setting and every business model. The independent group practice is one practice model, and we do not plan on going away. 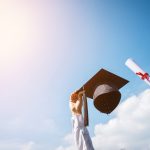 A medical student volunteers for a medical brigade to rural Panama 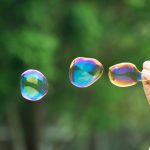