I think a lot about quitting medicine lately. A lot.

I see a patient I’ve known for more than twenty years, caring for him through an adrenal tumor, a major gastrointestinal surgery and now renal failure, for which he needs a kidney transplant. As we review his last set of labs (stable, thank goodness), he is sanguine, hopeful. He may have found a donor, and he might make it to transplant without dialysis. He has to live — he has a wife and a child.

Next, I mess up my schedule entirely by spending more than half an hour with a patient who only came in to talk — not about herself, really, but about her husband who has just been diagnosed with a probably fatal illness. I break all of my own rules and tell her what I’d do if this were my own husband: how to push him to get emotional support, where to go for a second opinion, etc. When she leaves, we hug like sisters.

I examine one of my eating-disorder patients who is fighting hard to recover. We’ve gotten her sodium and potassium stable, but she still can’t bear to see her weight number, so when I weigh her, I have her stand backward on the scale. We acknowledge that as her eating becomes less restricted, her life does the same.

I love my patients. Along with my husband and my children and my seven-pound rescue dog, my patients are the ones I live for. I may help them, but they also bolster me. The ones who have known me a long time are starting to notice that extra furrow in my forehead and the serious look on my face.

“Are you OK?” they ask. “How’s your family doing?” Some, having followed me to this practice, which I joined fairly recently, ask, “Do you like it here?”

At fifty-six, I am what most people would call a “digital immigrant.” I wasn’t raised or trained with computers; my younger colleagues are faster and smoother with the EHR. Strangely, before the EHR came along, I thought I was pretty computer-savvy for someone my age, but, three EHR systems later, it turns out that I’m not. I’m not just a digital immigrant; I’m a digital alien.

This is a typical interaction between me and my computer: I accidentally close screens I don’t mean to. I click on the wrong order and spend precious minutes correcting my mistake. After typing in my orders for a patient, I forget to hit “Accept,” and my orders don’t go through way too frequently, I get locked out of my account at some critical moment.

I call the help desk. I find the help-desk staff anything but helpful. Sometimes they fix the problem, but never without making it clear that I am at best an annoyance, and at worst an idiot.

On top of the EHR, there’s everything else I do as a faculty member, most of which involves some form of digitalization. A nonmedical person might be surprised at how often we doctors act as data-entry clerks. We do this to satisfy programs such as PCMH (patient-centered medical home), PQRS (physician quality reporting system), the ACO (accountable care organizations), MU (meaningful use), CMS (Centers for Medicare & Medicaid Services) or other such mnemonics, which require data collection. Then we get computerized report cards on how well (or poorly) we documented that data. For student evaluations, we use a program called New Innovations. To submit expenses, we scan receipts and enter explanations into another program, Concur. We watch mandatory-compliance training videos on Healthstream. Call schedules are posted on Amion.

I struggle through the use of all of these applications; they cost me an absurd amount of time and mental energy. I’m sure there are more, but I can’t think of them right now. In fact, I’m not sure I can think at all anymore. My head is too full of computer-screen icons.

Don’t get me wrong. I don’t think that, in themselves, any of these digital tools are bad. I know that we need data collection and organized ways to deal with student grades and expenses and schedules. It’s just that it all hurts my brain, and I can’t help but wonder if there isn’t some other way.

I believe that there ought to be a way that doesn’t force me to choose between attending to my patients and feeding the insatiable demand for data — some way that doesn’t just insist that I always do more.

When I’m not being so hard on myself, I remember that some of my truly computer-savvy colleagues say that the computer programs themselves are clunky and burdensome and that the ones who claim to be flying along are probably lying — even the millennials. It is, of course, common for doctors to hide any difficulties they are having. But when I’m in the middle of mangling my notes and orders, it’s hard to remember that.

I just bought a T-shirt that says “I miss my pre-internet brain,” a quote from the Canadian artist and novelist Douglas Coupland. I do miss my pre-internet brain. I miss the time when I didn’t think in “point-and-click,” a time when I didn’t edit in track changes. I miss being able to fluidly write down my thought process in a chart, instead of only worrying about which problems I assessed, what their billing codes are and which orders I wrote.

Sometimes my solace is in writing pieces like this. I write them in longhand, with an actual pen, on actual paper. I cross out mistakes and write new words above the old ones. When I’m satisfied, I type them into a Word document. (Yes, I use my computer as a typewriter. I wonder if any of the residents and students I work with have ever even seen a typewriter.)

More often, my solace is my patients — especially when we talk a little extra, even at the expense of more time spent at the computer later.

Still, I fear that even these consolations can’t sustain me in today’s medical environment, with its ever-increasing technology, its ever-multiplying applications. Sadly, it seems that there’s nowhere else for a digital alien, or her patients, to go.

Rosalind Kaplan is an internal medicine physician. This piece was originally published in Pulse — voices from the heart of medicine.

This gynecological issue is misdiagnosed over 50 percent of the time 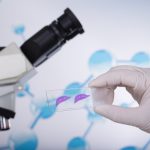 At this skilled nursing facility, the staff was skilled but not compassionate 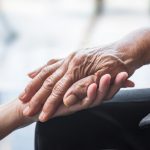 I want to quit medicine, and it has nothing to do with patients
6 comments