“I like good strong words that mean something.”
– Louisa May Alcott

My resident and I are removing a large, recurrent cancer from the neck. Dense scar tissue is everywhere from prior surgery and radiation therapy. The going is slow. Each move is arduous, and bleeding obscures the view of the anatomy.

“Watch out,” I tell her. “The jugular vein is nearby, probably buried in that scar.”

“Yeah,” she responds. “Look at this nerve! It’s completely stuck on the side of the mass.”

We work steadily but know this case will be a long one. Small dissection here. A small snip there. Pushing with a piece of gauze makes little headway. “Pull harder on that retractor,” I tell the student. Tedious work.

Then suddenly, in an area beyond where the prior surgery was performed, the tissues open up enough to give us our first view of the jugular vein. I grip the cancer and pull it one way while firmly tugging the neck tissues and vein the other. The resident slides an instrument between the mass and the vessel, then carefully cuts between the two. The mass and the critical structures spring apart. They are finally separated, and the next moves become clear. The cancer is mobile now, finally free of the scar tissue that had been holding it solidly in place.

“Wow!” I say. “We made more progress with that one cut than we had made in the last half-hour.”

The resident nods. “That was a real blow for freedom.”

In the operating room, the expression, “a blow for freedom,” is common parlance although I rarely hear it outside of the hospital. I found one reference to a political party delivering a “blow for freedom” against slavery in an issue of the Congressional Globe of 1864. A 1941 Time magazine article about making uniforms and supplies for soldiers was titled, “National Defense: A Blow for Freedom.” A 2000 history of the 6th U.S. Colored Infantry in the Civil War is titled Strike the Blow for Freedom. A 2004 Guardian report that Guantánamo Bay prisoners would be allowed to challenge their detentions was titled, “A Blow for Freedom.” There are other references to “blow for freedom” on the Internet, but they are not frequent.

When the expression is used, though, it implies some sort of an attack. This fits with one of the dictionary definitions of blow as “a powerful or heavy stroke with the fist or a weapon.” Blow, in this context, is a term of violence.

That does not surprise me. Although surgeons are proud of their delicacy and finesse, we understand that what we do is, at its core, a violent act. Often, an aggressive move needs to happen to drive a procedure forward.

The resident and I carry on, more quickly now thanks to the moment when her maneuver opened up the surgical planes. After a few more moves, the neck tissues release the mass completely.

Is surgery, by nature, a violent act? A mentor once told me, “Sometimes, what we do is as close to assault and battery as you can get without being arrested.” There is something captivating about how our work in the operating room requires us to identify and attack problems in order to resolve them.

We pull off our gowns and snap off our gloves. The patient is carted to the recovery room. “Let’s look at the CT scans for the next patient,” I say. We are looking forward to the next time we can strike a blow for freedom.

Cops and doctors have the same problem: People don't trust them 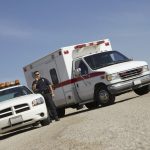 The hands tell us the most about a cadaver 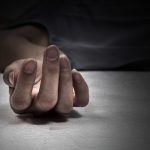