My patient was sitting in a wheelchair. He was in his mid-forties, and before the cancer, had held a physically demanding job that he loved.  Now, the cancer in his spine had ended not only his ability to work, but any ability to use his legs.

His wife was devoted to him in a way that seemed as natural and understated and unobtrusive as breathing.

In order for me to examine him, she first stood in front of him, and then hoisted him up matter-of-factly under the shoulders.  She smoothly turned to help him pivot onto the exam table.  The ease with which they accomplished this showed the number of times they had done it before.

When the exam was over, she hefted him again, and he transitioned back into the wheelchair.  Their eyes held laughter as they gazed into each other’s eyes.

“Good thing you’ve always been so sturdy,” he said to her, and they both laughed.  “Good thing I’ve never been skinny!” she joked back to him.

I stood to the side, witnessing a love that surpassed the physical.

I have never forgotten the grace of this man who, in leaning completely on the woman he loved, and who loved him, seemed not weaker, but somehow stronger.  And his wife, who put her own grief aside, in order to deal with the physical changes and challenges that the cancer had wrought, in ways that would not make him feel pitied.  Because she knew that was the one thing he could never bear.

Whatever private moments of bitterness they each may have had, they never showed it in the clinic.  Every visit I bore witness to a deep quiet strength.

There came a time where I saw that in the face of his illness, he knew that his time was near.  I felt again my role was only to bear witness — he had already made his decision.

He asked her to be accepting of his death.  I could see how she hated it with all her being, but she trusted him, because she knew how much he trusted her.  She knew that he was trusting her to let him go in the way he was asking, while he still had his grace.

Another time, another patient, another moment …

An older woman I was meeting for the first time.  I took the history — she was pleasant and not at all anxious, and answered all my questions.  It came time for the exam, and I asked her if she could move onto the exam table.  Her daughter, middle-aged, stood in front of her to help her up.  They stood toe-to-toe, with their arms around each other.  Then they shuffled around in a narrow circle, feet moving together in tiny sideways steps, a dance of sorts.

The moment seemed to stretch for many minutes yet to take no time at all.  I might have held my breath so little did I feel I belonged in their moment.  During their shuffle-dance, I saw them looking into each other’s eyes the entire time.

“Isn’t this funny?” their eyes said to each other. “I am the mother, and you are the daughter, yet now I need your help — isn’t it funny how things have changed?”

In their eyes in that brief exchange I saw a window that was open between them, and I saw laughter, and love, and acceptance, and memories, and understanding that this is what happens in life, that things change, that children grow up, that the child becomes the parent, that we do not control our fates, but we can still live, and love, and take it one moment at a time, because this is what it means to be human. 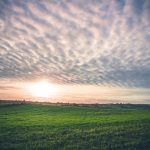