It was a skate shop. They looked at him like he was crazy. “Ice! Ice! I need ice!” he continued to yell.

The store employees looked at Paul with a blank stare. They pointed to the restaurant next door and suggested that he try there to get ice.

They had no idea what was going on.

Paul’s girlfriend had overdosed on heroin and wasn’t breathing that well. She was turning blue. Paul knew that he had to get her breathing again, or she might die.

But he didn’t have any naloxone. He didn’t even know what it was.

Instead, he was hoping to try one of the “junkie” methods for reversing an opioid overdose — by shoving ice up into his girlfriend’s rectum.

Paul ran as fast as he could out of the skate shop, racing into the restaurant next door. “Ice! Ice! I need ice!” he yelled again. Looking startled, the men working the restaurant went into the back of the restaurant and grabbed him a bag of ice.

Paul grabbed the bag out of their hands and ran back to his car. His girlfriend was still blue, and he thought she might have stopped breathing. He pulled the car behind the restaurant out of view of the street and ripped her pants off.

“Come on! Come on! Wake up!” Paul yelled as he shoved several pieces of ice into her rectum. He tried slapping her in the face once the ice was in place and yelling at her, “Sarah! Sarah! Wake up!”

He tried the next “junkie” trick that he could think of, knowing that time was running out for her. He grabbed one of their needles and quickly filled it with some of the methamphetamines they had.

Heroin to slow you down, meth to speed you back up. It made perfect sense.

He found a vein, watched blood draw into the syringe, and slammed the meth into her. He yelled again, “Sarah! Sarah! Wake up!” He slapped her in the face.

Paul moved on to the next thing he had heard from a friend that could reverse a heroin overdose — injecting saltwater. He rapidly grabbed a packet of salt that was floating around the car, mixed it with some water and drew it up into the same syringe that, just moments ago, contained meth. He found another vein and pushed the saltwater home.

Paul sat there looking at Sarah, sweaty and breathless. His mind was racing as he tried to think of what he could do next. Up until this point, she’d been breathing slowly and irregularly. Suddenly, Paul noticed that she had stopped breathing completely.

Paul knew that he only had a few minutes before she would suffer brain damage from lack of oxygen. He knew because he had overdosed on methadone the year before, and had stopped breathing for over five minutes. The doctors who took care of him let him know that he likely suffered minor brain damage as a result of the lack of oxygen to his brain during his overdose.

Paul screamed at Sarah one more time, knowing he had to get her to a hospital as soon as possible. As he started driving as fast as he could up the hill towards the hospital, he wasn’t sure if her heart had stopped or not, so he tried doing CPR on her limp body in the passenger seat with his right hand, steering with the left. He used both hands at stop lights.

Fortunately, the hospital was only a few minutes away, and they arrived quickly. The staff rushed Sarah back to a treatment room as quickly as possible. Because of the lack of oxygen to her body from the heroin overdose, her heart had stopped. She was rapidly given a dose of IV naloxone while they performed CPR. Sarah’s heart — much to everyone’s relief — started pumping again, she started breathing again, and finally, began yelling out for Paul.

At that time, naloxone wasn’t available for patients to have at home. So when Paul and Sarah left the emergency department after she nearly died from her overdose, they went home empty-handed besides a stern warning from the doctor to stay away from heroin. And the next time an overdose would happen, they would be just as helpless.

Who is Paul, you may ask? Paul Harper is a friend of mine. He came to the emergency department for a laceration, and I had the privilege of treating him. During the time we spent together, with me carefully repairing his laceration, we became friends. He told me parts of his story of addiction and offered to let me write about his experiences.

Years after the harrowing near-death experience with Sarah, Paul went to a local needle exchange, still addicted to heroin. A person working the needle exchange took him aside and started talking to him about naloxone. Paul, having been through multiple hospital visits for overdoses, knew what it was — but never thought that he could have it at home. Paul left that day with some clean syringes, as well as several boxes of pre-filled syringes of naloxone.

Naloxone made Paul a local hero among his junkie friends. The guy at the needle exchange had instructed him how to use it, and within weeks after Paul obtained it — he was starting to save lives. People started showing up at his door with an overdosed friend, hoping that Paul could administer naloxone. Paul estimates, looking back at the time, that he saved somewhere about 8 or 9 lives before his naloxone ran out. Towards the end of his supply of naloxone, he, unfortunately, had to start conserving his doses, administering small doses to people — hoping it would be enough to wake them up without using up the whole pre-filled syringe. He recalls worrying about hepatitis C and HIV when using the same prefilled syringe (with the same needle) on multiple people as he tried to make one pre-filled syringe last as long as possible. But then again, who cares about hepatitis C when you’re dying from a heroin overdose?

Paul and I got together after his laceration had healed, and he was willing to share some of his experiences about addiction. He talked for hours about his stories as a junkie, recalling the deaths of so many friends from overdoses. As I listened to him speak about his fallen colleagues, I wondered why it’d taken so long for the medical community to make naloxone available for people to have at home.

As I’ve advocated for increased availability of naloxone for my community, I’ve told a number of Paul’s stories about his friends dying of an overdose, his crazy “junkie” techniques to reverse overdose when naloxone isn’t available and ultimately his experiences treating fellow junkies with naloxone in his apartment. As people who have never experienced addiction listen to my recount of Paul’s experiences, they get a brief insight into the tumultuous and dangerous life of an addict. When they hear how Paul was able to save lives with naloxone, they immediately can understand the importance of increased access to the drug as we try to prevent overdose deaths.

Opioids, as we all know, are killing Americans left and right. As medical providers, we are in a unique position to try to prevent some of these deaths. We can prescribe naloxone each time that we prescribe an opioid — both to highlight the “teachable moment” of how dangerous opioids can be and also get naloxone into homes where it might prevent an overdose death. We can also be advocates for our communities, working to increase access to naloxone where it is direly needed, such as in the injection drug community and the hands of our first responders.

Paul is now clean and sober. He has a job and a fiancée. Listening to him speak, there is a sense of guilt and shame about all of the antics from his time as an addict. Some of the last stories that Paul told me were the things he used to do to try to get money to feed his habit. From eBay scams to shoplifting to drug dealing to stealing — Paul did almost anything to keep his habit going. One particularly low moment involved wounding himself and then rubbing anything dirty or filthy he could find in the wounds to try to make the wound infected. It allowed him to enter a pharmaceutical trial for an antibiotic that would pay him $50 each time he had an infection. I won’t mention some of the things that went in the wounds — it’s rather disgusting, but the moment was a poignant one for me as I listened. No child in the 4th grade, when asked, “What do you want to be when you grow up?” responds, “I want to be a drug addict that tries to make his wounds infected for money.” Addiction is a disease that consumes people’s lives and makes them do the most unspeakable things. There is another power we have as medical providers: that is to treat addicts as people with a serious medical illness, rather than as inherently evil people. Each patient with addiction is in a life-and-death struggle against their illness. We should treat them as such, rather than pass judgement.

Besides, you might make a friend along the way. 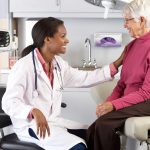 A letter from my med student self to me now 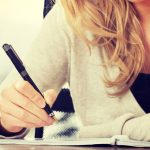 Take it from a patient: Naloxone is life saving
6 comments