A few weeks after I started residency, two of my peers killed themselves in New York City. No one I knew was surprised.

Intern year is hell, and everybody knows it from TV shows like “Scrubs” and books like “House of God.” Old doctors tell tall tales of working a million hours without sleep before training standards got “soft,” limiting residents’ monthly work hours to 320 and requiring four days off. That’s double the average worker’s hours with half the time off.

But why is intern year hell? High-pressure jobs with long hours in other fields don’t produce the same rates of depression and suicide.

As an intern, I fumbled with wartime and boot camp analogies to relate my experiences. I was met with blank stares. No one understood. Soon, I stopped trying and came to the terrifying realization that in doing an impossibly difficult job where I spent most of my waking hours with patients on the worst days of their lives, I was very much alone.

Rebekah Villarreal, MD, a former philosophy student, didn’t give up trying to explain the ubiquitous suffering of medical interns because she feels it’s a topic too important and dangerous to be ignored or misunderstood. She used a different concept to explain the suffering: microtrauma.

“I think of microtrauma as a painful incident or encounter that you would recover from quickly if it was the only thing that occurred,” she explained. “For example, putting a nasogastric tube down a disabled patient’s nose while he yells, ‘Stop, stop, you’re killing me!’ This happened to me. You do it because the patient needs it. But even though you’re helping him, he’s still yelling. The whole time he’s yelling. In the context of having these experiences scattered throughout the day, every day, the accumulation of microtrauma feels equivalent to trauma.”

Dr. Villarreal pursued medical school and then psychiatry residency at Penn after starting a Ph.D. in philosophy with the intention of becoming an academic. She left philosophy because she wanted a more practical career where she could teach and generate tangible results to help people. Medicine initially seemed to suit these goals, but intern year made her question everything, from this choice to her character and capabilities.

First, there was the sheer volume of work, which felt insurmountable. “In every other field of my life, when things were hard, there was room to work harder,” she explained. “There’s no room anymore to work harder. There’s no more time in the day. You have to reformat your entire concept of yourself just to do this job. It’s never enough.”

She described a state of constant hyperarousal, “When your phone rings, you startle. You panic. You never have the time to recover.”

She made sacrifices in her personal life to accommodate. “I’ve given up so many of my relationships. Most of my close friendships. Sometimes I don’t see my husband for two days,” she said. “It’s not a life. It’s really lonely. It’s profoundly lonely.”

Still, it never felt like enough. “I did 50 things right, and it was overwhelming, but the one thing I did wrong felt like the only thing people cared about,” she said.

As she struggled, Dr. Villarreal began to reevaluate her character and doubt herself. “I’m more judgmental than I realized. I discovered, sadly, that I’m still really insecure,” she explained. “I thought I had grown so much and then it was stripped away to the point that I left every night thinking: can I do this?”

She made adjustments to her thinking. “You have to give up the belief that there is a right answer,” she said. “I used to think medicine was an act of truth-telling, but it is not.”

She made adjustments to her expectation of the power of being a physician. “I thought we could change lives; now I don’t. I had this image that as a doctor I could affect real and profound change, but I can’t change social circumstances or families or access to drugs,” she said. “We do very little in people’s lives. It doesn’t mean that what we do isn’t important, but we have very little control. I think we can only change small moments.”

Instead of feeling like she was growing into the physician she had spent so many years training to become, Dr. Villarreal felt like parts of her personality were being altered in ways she neither foresaw nor intended. “My empathy, who I am as a person, what I believed was possible, all of the things I thought made me good for medicine and made medicine good … having to let go of these things for reality feels like dying,” she said.

The cause was not a singular event or trauma, but rather the daily accumulation of small insults and injuries. “If I wrote a book about it, it’d be called 1,000 tiny cuts. You’re being bled dry by a thousand tiny cuts with no time to heal,” she said.

Intern year destabilized Dr. Villareal’s views of herself and what being a doctor means, but at the end of the trials came a sense of regrowth, and learning. She emerged a different person. “What would I tell my friend who wants to go into medicine? It will break your heart,” she said. “But just like a bad breakup, sometimes you grow and get wiser on the other side.”

When I first showed a draft of this article to my fellow residents, they were shocked. “Rebekah said these things?” they asked, baffled. Repeatedly, they objected: it didn’t sound like her — the quotes sounded “dramatic” like someone “victimized,” while the Rebekah they knew was strong, smart and funny.

“Of course Rebekah is all of those things, but this is intern year we’re talking about,” I responded. “Didn’t you feel that way intern year?”

This struck me. Her comments resounded as painfully true to all of the residents who read the article, but none of them knew that Rebekah felt this way too. We all felt this way as interns, and we all thought we were alone.

When I brought up the concept of intern isolation leading to desperation to trainees at other programs, they told me many more sad stories of residents killing themselves in the last few years at their home institutions because they felt this way and thought they were alone too.

I couldn’t help but wonder how training would be different if we started intern year knowing that everyone feels this way and that, by virtue of the ubiquity of our experiences, we are the opposite of alone in our suffering. If those two residents in New York City had known that everyone around them felt equally incompetent and helpless and desperate, and that it’s part of the normal developmental process of becoming a doctor, and that it would pass, would they have jumped?

So how does an intern heal, or at least survive intern year without wanting to die? “Usually talking is a good way to recover, but when I try to share these experiences to dilute and diffuse them, it no longer seems to work. It’s not an isolated event — the same thing will happen tomorrow and again and again,” Dr. Villarreal said.

What does work, she said, is preserving a sense of self and self-efficacy. “If I could tell incoming interns anything it would be that you’re going to be who you are, not like the other interns, and it will be enough,” she said, “and to talk to someone who can take you out of this world and remind you that there’s a whole other world out there that doesn’t care about this one.” 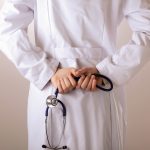 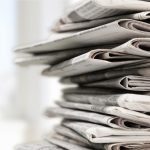 Stressed and sad as a medical intern? You’re not alone
2 comments