Decisions regarding medical care are often not very straightforward due to the uncertainties, risks, and limited options involved. But, above and beyond the actual choices to be considered, the process of how the choices are made has become a red-hot topic. And the value of the patient — as opposed to the doctor — as the driver of medical decision is, quite curiously, just beginning to be recognized in a model called shared decision making.

Shared decision making is the process between a health care professional and patient to help the patient decide between several medically reasonable choices based on the patient’s preference and values. It is startling to consider the idea that shared decision making is presented as a new model, since the basic tenet of the patient as being in charge appears to be self-evident. But sadly, there is indeed a need to spotlight this “new” idea — precisely because it has, heretofore, been too often missing in action.

An interesting question to ask relates to timing. Why is shared decision just now attracting so much attention? The reason is not so high-minded. Spoiler alert: non-nutritive greenery is involved.

Studies show that more informed patients tend to cost less. A fascinating observation is that the more patients are informed about various treatment options, the more likely they are to opt for the conservative approach and avoid expensive procedures and surgeries. Giving people more information saves money. Cost savings is not the most noble reason to encourage shared decision making — but it’s likely the side-benefit that’s needed to give it the attention it deserves.

No area of medicine is more ripe for shared decision making than my specialty: cardiology. A cardiac procedure of particular interest for medical decision making is angioplasty. Angioplasty involves threading a catheter into the heart, where a balloon is inflated to open a narrowed coronary artery. Although intuition might suggest that angioplasty would improve the outlook for patients with chronically constricted arteries, surprisingly, this has not been proven to be true.

A landmark medical trial published ten years ago studied patients with coronary blockages: All were treated with medication according to guidelines, but half were randomized to initial treatment with angioplasty. At follow-up that averaged about five years, angioplasty failed to show an improvement in survival or reduction of heart attacks. The study was named according to the clever acronym COURAGE (Clinical Outcomes Utilizing Revascularization and AGgressive Drug Evaluation).

But as it turned out, the only ones who needed courage were the physicians, as the patients apparently already had plenty. In a study that analyzed 59 recorded conversations of cardiologists discussing the decision to undergo an angiogram and possible angioplasty, better-informed patients were more than three times as likely to avoid invasive treatment.

Backtracking for a bit, it might be reasonable to ask, what is the alternative to shared-decision making? Isn’t it obvious that patients need to be fully informed about all of the options, and that their own preferences and values should be integral to the final decision?  You might think so — but historically, you would be wrong.

For instance, in the cardiologist/patient procedure discussion just mentioned, only 3 percent of the conversations analyzed contained all of the key elements deemed essential for informed decision making, and merely 14 percent met even a less stringent set of criteria.

One might argue that it is entirely proper for physicians, advantaged by extensive training, knowledge, and experience, to direct their patients to make the “best” medical decision. In certain situations, especially emergent ones where risks and benefits are more clearly established, and urgency is required, a strong case can be made for physicians to be more directive. But even in those situations, there needs to be an accommodation, if not a full welcoming, of patient values and preferences. This issue arose several times in my medical career, including several instances when patients who were Jehovah’s Witnesses refused blood transfusions in situation where that decision could possibly have resulted in a fatal outcome.

Moreover, the idea of a “best “medical decision assumes, often incorrectly, that there is one. In a 2009 analysis of clinical guidelines from the American College of Cardiology/American Heart Association approved clinical guidelines, only 11 percent of the recommendations were found to be supported by the highest level “A” evidence. Fully 48 percent of the recommendations had their origin in level “C” evidence, nothing more than “expert opinion, case studies, or standard of care.”

The fact that medical science often isn’t sufficiently developed to identify a clear “best” answer — even from a purely objective perspective — is not a fatal flaw, but it is humbling. And most importantly of all, it is the truth. Acknowledging this reality paves the way for a wide open, shared discussion that can be liberating both for the physician and patient. And give both breathing room to add hearty doses of personal values and individual preferences to the mix.

There’s little doubt that greater adoption of shared medical decision will be a major step forward to advance the best medical care of each patient, with the realization that “best” treatment is more an absolute than a relative term.  And although the sudden surge in interest in shared decision making is largely financially motivated — for once, all the interests are aligned in the right direction.

The cruel irony of the Hippocratic Oath 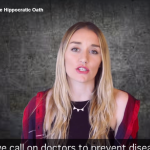 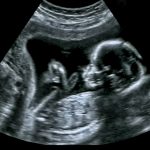