Match Day results were announced recently and a record high 35,969 medical students learned the location and specialty of their first job.  As these newly indoctrinated physicians chart their next steps, the majority will opt out of academia, creating a potential crisis in medicine and healthcare innovation.

Our entire health care system depends on recruiting and retaining creative, high-quality physicians to academia. Academic physicians lead the way to medical advancements through research in laboratories, at the bedside, and in the community. They are responsible for educating not only medical students and physicians in training, but also practicing physicians through lectures, journals publications, and conferences that disseminate cutting edge medical knowledge broadly. In addition, physicians at academic medical centers are also often the last vestiges of hope for people with inexplicable or complicated medical problems.

Certainly, there is an enormous need for community-based practicing clinicians. By 2025, the United States will face a shortage of 94,700 physicians.

Even with this projected shortfall, the need continues to be enormous for academic physicians. If we understand why physicians are reticent to embark on academic careers, perhaps we can ensure that the impending physician shortage doesn’t become a reality.

The need to generate revenue through direct patient care has significantly skewed the focus of academic physicians towards clinical productivity. Most of our peers in today’s academic environment spend 80 percent of their time devoted to clinical practice and 20 percent to “everything else.”

That bucket includes publications, talks, and innovation in education or research. Success and subsequent promotion in academic medicine are generally measured by those achievements.

This type of imbalance creates a caustic environment that leads to poor retention. In one study of academic clinicians in general internal medicine, 67 percent reported they were highly stressed. An average of 38 percent reported they were burned out. In some cases, that claim was as high as 56 percent. Another study showed that 21 percent of physicians considered leaving academia because of dissatisfaction.

Although viewed as an important calling, academic medicine comes at a price.  As a group, academic physicians make on average 13 percent less than their non-academic counterparts. In some areas, like cardiology and gastroenterology, it can be as high as 52 percent less.

Granted, academic salaries exceed those of the average American. The lower end of academic salaries average approximately $150,000.00, while the average American earns $53,657.  But 81 percent of medical students graduate with an average of $183,000 in debt. Eight percent of medical students will start their careers with more than $300,000 in debt.

Understandably, 29 percent of graduating residents declare that loans have a “great effect” on their job choice.  For many newly graduated physicians, the allure of higher salaries in non-academic positions is irresistible.

Despite the challenges, there are ways to keep skilled clinicians, educators, and researchers from fleeing to the private sector.

Giving equal importance to patient care and scholarly or educational work would help. Some programs such as Northwestern Feinberg School of Medicine, University of Michigan Medical School, and Harvard Medical School have a clinician track and consider patient care activities as part of promotion criteria. But truly acknowledging the importance of patient care requires a sustainable culture change that places a high academic value on clinical care.

Secondly, allotting sufficient time for the “everything else” will help recruit talented, passionate individuals to academic medicine. One approach to carving out more time for physicians is to utilize more physician extenders in patient care, such as nurse practitioners and physician assistants. As an added benefit, some data show physician extenders can improve care.

Obtaining grant funding has traditionally been another way to “buy out” time for academic clinicians to focus on research or education. But research funding has become desperately sparse.

The National Institutes of Health, one of the largest funding source for medical research in the United States, lost 22 percent of its capacity to fund research over the last 12 years due to budget cuts, sequestration, and inflationary losses. There is a clear need for lawmakers to protect and increase grant funding. This will enable physician-scientists to spend less time writing grants and more time conducting groundbreaking research.

As others have noted, there is also a need to develop creative approaches to financing academic centers such as public-private partnerships, industry supported fellowship positions, and multidisciplinary projects that include non-physician experts across the academic center.

Ultimately, we need to consider the value of physicians in academic medicine, a unique group tasked with much more than providing excellent patient care. The result of enhancing physician recruitment and retention to academic medicine will be well-trained physicians, inspired and innovative academic leaders, and novel therapies that improve healthcare delivery for everyone.

The little-known ACGME guideline change every resident should know 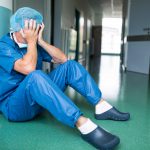 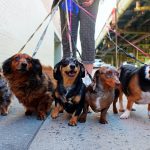 Why we need more doctors opting for academic medicine
1 comments