There was a mixture of fear and pain in my patient’s eyes. He was a second grader but had already survived three major heart surgeries. Now he had pneumonia and was struggling to breathe. We were about to intubate him.

“You’re a strong guy,” I whispered to him as his mother held his hand and sobbed. “We’ll get you through this.”

I drove home that day feeling absolutely terrible and guilty. I thought we could save him but instead I broke my promise.

My patient had hypoplastic left heart syndrome, a disease that left him with quite literally half a heart. Normally, the left ventricle is strong and muscular, able to pump blood throughout the body. His was poorly developed, so he went through a series of surgeries to make his right ventricle do all the work.

He overcame so much. But it was a simple pneumonia that proved deadly. His ventilator settings had to be increased, but his half of a heart that worked twice as hard could not keep up. At 3 a.m. on a Sunday morning, it stopped forever.

The image of his lifeless body, full of tubes and wires and scars, never left me. My guilt turned into frustration. Why did he have to go through a series of palliative surgeries and invasive procedures when a single heart transplant could have fixed everything? Why did he have to die when there were literally thousands of hearts tossed into the trash every year?

It was my experience with him and others like him that motivated me to pursue research into congenital heart disease using fetal tissue from Planned Parenthood. I knew it would be controversial. But I also knew it was the only way to save these children’s lives.

On February 20, 2013, my team and I successfully transplanted a human fetal heart into a rat. As we watched the heart beat and pump blood throughout the rat’s body, we realized we found a potential cure for all the babies born with defective hearts.

I once made a promise to a young boy with half a heart. I could not keep it. While I can never go back and change that, I will devote the rest of my life to one day making sure that no baby born with half a heart has to ever ask that same question again.

Eugene Gu is a surgical resident and CEO, Ganogen. He has been subpoenaed by Congress for his research involving human fetal tissue.

Health reform is dead. So what can we do now? 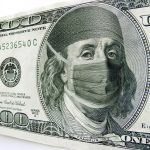 I once made a promise to a young boy with half a heart. I could not keep it.
11 comments