But I’m a parent, too, just like you. I have three fantastic girls that I love dearly. Let’s talk.

My first daughter was born before I knew anything about medicine. She has taught me more than I could have imagined. I’ve watched as she has grown from a tiny and helpless infant into the child she is today — a mature and caring girl whose generosity puts me to shame.

Our second daughter came while I was in medical school. She looks just like her big sister, but has a very different personality. As a baby, she was … we’ll call it “feisty.” She’s still got that streak, but she’s so much fun. She lives to entertain. Yesterday, she broke her arm doing “gymnastics” off a table, trying to make her sister laugh.

The third just turned four months old. She’s been the easiest of the three — maybe because we’ve done this a couple times before. She smiles all the time (except when she’s screaming). She thinks I’m funny. And I think she’s adorable.

Sorry, I got distracted. Pretty girls have a way of doing that.

In my field, having children of your own can be really helpful, but it can make things more difficult as well. I’ve taken care of lots of really sick kids, some of whom never made it out of the hospital. Those situations are a reality of life in the medical field. But that doesn’t make it any easier. And while I won’t pretend to know exactly how it feels to lose a child, it’s hard not to think of your own kids in those situations.

I’ve taken care of children — children whose parents love them just as much as I love mine — in the ICU with pneumococcal meningitis. Kids that have permanent neurological damage as a result of a measles infection. Babies suffering from pertussis brought home by an unvaccinated sibling. A teenage girl, burned into my memory forever, who died from influenza.

The generation of pediatricians that came before me could tell far more stories about the kids they cared for with meningitis or epiglottitis. Because their patients were at higher risk than mine, they had to worry more about every child with a fever. And they saw enough children with measles and chickenpox to know that some of them don’t just get better in a week.

Go back a couple more decades, and you could talk to doctors who cared for patients with polio — a disease so devastating that families literally stood in line to get their children a vaccine as soon as it was available. And you’d meet some doctors whose biggest concern about fever and sore throat was diphtheria, not strep.

I’m fortunate to practice medicine in a world where we can prevent a lot of these diseases. But they are (second only to improved personal hygiene) one of the most important advances in modern medicine. Vaccines have saved millions of lives, here in the US and around the world.

Vaccines are one of the safest medical interventions we have. They aren’t perfect, but they’re a lot safer that the diseases they prevent. And even safer than the treatments we could use to treat some of those diseases.

They don’t cause autism. The tiny amount of aluminum in vaccines isn’t harmful. Allergic reactions are extremely rare. Vaccinating a baby doesn’t overwhelm his immune system. In fact, as I’ve told a lot of parents, the most dangerous part of vaccinating your child is the drive to the office.

I vaccinated my first daughter because I trusted her pediatrician. And I think that’s a really good reason. Your child’s doctor has years of education, training, and perspective that help him or her evaluate evidence and make sound medical decisions. Finding a pediatrician that you trust is a crucial step in your journey as a parent.

My youngest daughter is also vaccinated, but for a different reason — because I’ve done my research.

I’ve spent nearly a decade now learning about how the body works, how various diseases affect it, and how the immune system protects against them. I’ve learned how we can prepare the immune system in advance to combat these life-threatening illnesses. I’ve spent countless hours learning how scientific studies are designed, how drugs and vaccines are evaluated for effectiveness and safety. I’ve learned how we can know which evidence to trust.

My kids are vaccinated because I love them. I want what’s best for them. I know how devastating these diseases can be. And I couldn’t live with myself if they suffered or died from a disease I could have prevented.

How useful is a cardiac calcium CT scan? 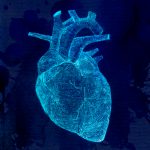 Will robots ever be able to perform surgery independently? 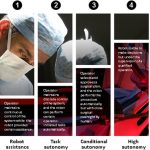 My kids are vaccinated because I love them
6 comments