Before I started my residency program at Boston Medical Center (BMC), I had no idea that residents were unionized at 60 hospitals across the country. I actually didn’t know much about unions or the labor movement until I got involved in contract negotiations between my own union, the Committee of Interns and Residents (CIR), and Boston Medical Center administration. Through this process, I now know what it is like to really be part of a union and I am proud to say I am a union member. Here’s why:

Unions have collective power culminating in one voice.

That means the more members we have in our union, the more power we have to negotiate for better contracts and working conditions. The administration will not listen to a few of us, but they will listen to all of us. I saw this first-hand when I was on the bargaining committee, and we negotiated our 2016-2019 contract.

With the strength of our collective voice, we negotiated a competitive yearly food stipend, providing us with easy access to meals during our long shifts in the hospital. Without our union bargaining power and staff support, BMC could have mandated a much smaller stipend for house staff or none at all. 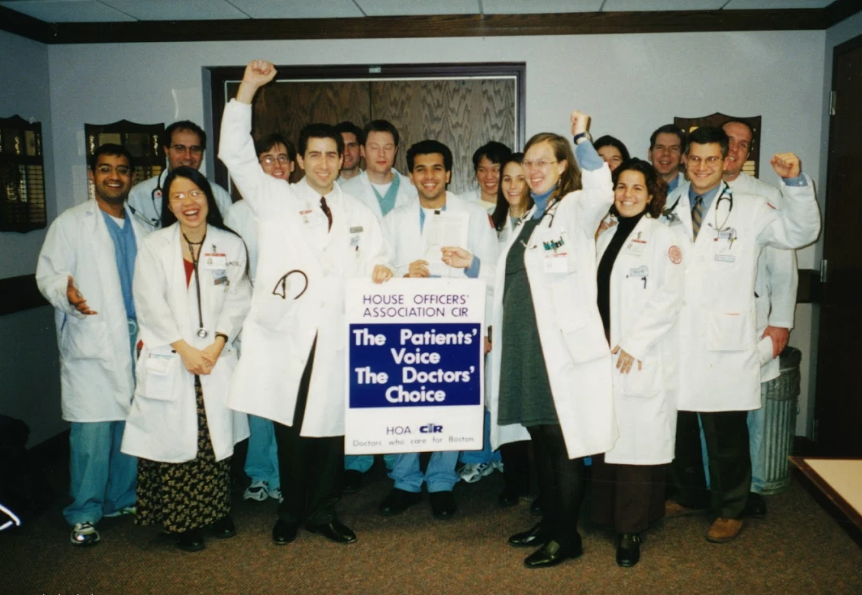 Because we are CIR, we are supported. BMC residents have been unionized with CIR since 1993 (see image, inset), when they merged with CIR to be part of the nationwide housestaff union. However, BMC’s resident union actually formed in 1915, pre-dating CIR (which started in NY in 1957), when they were called Boston City Hospital. Our 1915 predecessors were unpaid and had to live in the hospital. They decided to organize in an effort to negotiate with the mayor of Boston for compensation and better living conditions.

Residents before us established a high bar for our contract; from improved working conditions for residents to higher salaries and benefits, to methods for improving patient care. Our predecessor-residents paved the way for residents like me and our future co-residents. But we must not take this for granted.

Our union is unique because we are only members for two to six years. That means our member turnover is very high compared to the nurses’ unions or Teamsters, where members are twenty, thirty-year, even life-long members. We must constantly organize and make sure that new residents are involved with the union to remain strong, and a part of this is making sure that everyone is a member. For resident physicians within CIR hospitals, it is vital to become a member and pay dues. Otherwise, hospital administration would see that we are not all standing together and our union would become weak, and our bargaining power would diminish.

With a weak union, the administration could easily take advantage of us; we could potentially end up going backward rather than forward. Can you imagine going back to the days of 100-hour work weeks and 36-hour shifts on roughly $10,000 a year? Or worse, working without pay and mandatory housing on the hospital campus? Poor treatment of resident physicians is bad medicine for all. It’s bad for our own well-being and horrible for patient care and patient safety. I have heard stories from my attendings on the wards, who trained 30 years ago when residency culture was vastly different. They would be on call every other day, staying in the hospital all night with minimal support. We know that it is because of our union that we have made so many gains and we must protect them. 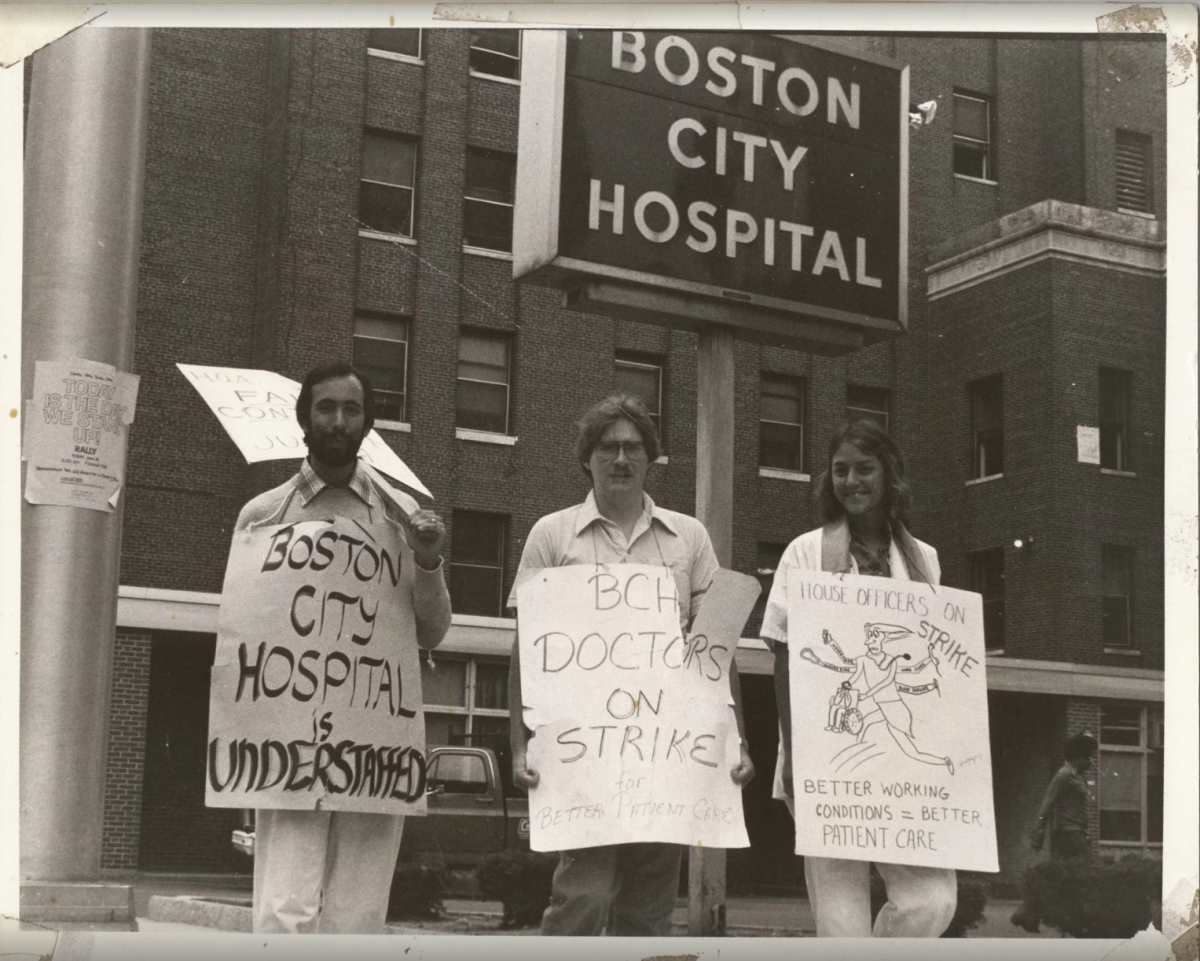 With the newly appointed Supreme Court nominee, Neil Gorsuch, and his anti-labor record, I am worried that he will try to further weaken unions, already an agenda of the Trump administration and Republican party. He and the Republican party will try to dismantle unions by creating a “right to work” country where people who benefit from a union contract would not be required to become members and pay dues. To some, this may sound pretty good — a few extra bucks in the white coat pocket, but to me, this outcome is worrisome.

CIR (like all unions and professional associations) operates on dues collected from union members. CIR employs professional staff, such as organizers who help us with contract negotiations, and lawyers who read the fine print and assist with contract language. CIR is our union, but CIR staff is our backbone. Because residents are so busy, we would not be able to do the full-time jobs of CIR staff and lawyers, which is why we pay dues. Without dues, our union could not function.

Our dues ensure that we have CIR staff who are experts in contract negotiations, research, and lawyers that advocate on our behalf while we focus on patient care. Dues are a small amount to pay compared to the value our union adds each year, including peace of mind regarding our contracts and allowing us to focus on what we do best: care for our patients.

Amir Meiri is an internal medicine resident and a member, Committee of Interns and Residents. 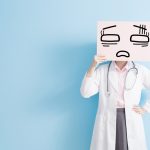 Does telemedicine save or cost money? 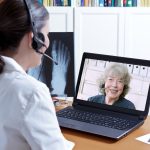