Recently, another local family buried their young adult child due to a drug overdose.  Sadly, this same story is playing out daily across the nation.

Upon reading the headline, I paused to think about an encounter leaving work one Friday evening. As I was walking in the dimly lit street to my car, I found a small group of shadows huddled over something lying in the adjacent alley. Once closer, I saw that there were three men and a security officer trying to sit a woman upright on the pavement. As a pediatrician, adults in medical emergencies are a relatively foreign call of duty.

However, I put my intimidation of adult patients aside knowing that I needed to act. After a quick assessment of the unresponsive body and a vigorous sternal rub that barely produced a shallow gasp, I knew that she did not need any of the people around her, including me. She needed naloxone, the reversal agent for a heroin overdose.  She was quickly carried across the street to the emergency department and administered naloxone.  Shortly thereafter, she was conscious and responsive.  She survived because she collapsed less than one block away from the hospital.

There is a heroin epidemic in America. It affects families within our inner cities, suburbs and rural areas. Users come in all types, spanning all demographic categories including socioeconomic status.  Particularly, heroin is a drug of choice as the prices have fallen dramatically while its purity has risen remarkably. Compounding the situation, some distributed heroin is laced with other chemicals such as fentanyl, a drug used in anesthesia. This explains why there have been so many deaths and hospitalizations from overdose. Nationally over the past decade, there has been a 63 percent increase in the usage of heroin. Over the same time period, overdose deaths have quadrupled.  These estimates continue to rise.

Fortunately, some lawmakers have an understanding of the urgency in this issue. Legislation has been changing in order to help save lives. For instance, Pennsylvania Act 139 of 2014 allows many area municipalities to keep naloxone with the local emergency medical services (EMS), police and other first responders.  This has saved many lives in Pennsylvania alone as more first responders carry the medication that literally helps breathes life back into the victims. Additionally, there is a movement to make naloxone an over‐the‐counter medication available to families or friends of opioid addicts.   It is already available in Pennsylvania and several other states. Many other states are working through their legislature to make naloxone available to all.

We currently have a public health emergency in America that is costing way too many lives. We must all work together to be a part of the solution. Health care, law enforcement, schools, rehabilitation services, policy makers and communities all have a role to play. Now is not the time to ignore the problem. 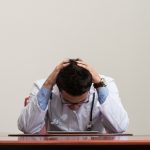 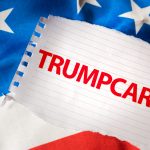 Heroin is a public health emergency. The time to act is now.
12 comments