This happened in my first couple years of practice, but I will never forget her.

I stood at the doorway of the funeral home, a 26-year-old mother lying in the open casket was off to the side. Standing out among the crowd of mourners was a tall man holding his one-year-old daughter, her curly locks of hair bouncing as he moved.

Soon after they were married, she became pregnant. They were a bright, young couple that had planned to have a large family and wanted to start right away. I was a fairly new doctor, not yet married myself, and embarrassingly, a bit envious of their relationship. They had an ease about them as if binding their lives together was the most natural thing to do. She was tall and slim, with short brown hair and a wide face to accommodate her big smile. Although I had just met them at this first prenatal visit, their warmth welcomed me into their fold as if I had known them forever.

Unfortunately, her pregnancy wasn’t as easy going as she was. In the first trimester, she had severe nausea and vomiting. We tried non-medical remedies, then medications, then finally I had to admit her to the hospital because of dehydration and weight loss. Although she didn’t complain much, her sunken face couldn’t mask her misery. About a week later, I was able to discharge her. I arranged for a visiting nurse to come to her home daily to administer fluids and monitor her weight. Gradually, her “morning” sickness began to wane and she could tolerate food. As she became stronger, she started to enjoy her pregnancy.

In the second trimester, she still didn’t look pregnant, partly because she was so tall and partly because she hadn’t gained any weight. Her pale complexion, though, was transforming to a rosy glow. At their ultrasound, they found out they were having a girl and thus began the discussion of names. At that same appointment, she told me she felt a lump in her left breast. In pregnancy, the breasts reach their final maturation to be able to produce milk, so it is not unusual for patients to complain of feeling lumps. I examined her and reassured her that it felt like normal pregnancy-related changes but that we would keep an eye on it. The next appointment, I checked the lump again. It seemed a little more prominent now and different than the other breast. I again reassured her, because I truly believed it was a benign change, but as a precautionary measure, I sent her to a surgeon.

I have known the surgeon I recommended since residency. He was an older physician with a kind and gentle disposition. He was well respected, and I referred patients to him frequently. We talked after he examined my patient. Similar to my impression, he felt fairly sure that this was a benign change brought on by her pregnancy hormones, but he recommended a biopsy to be sure. She was only 25; there was no way this could be something more serious. Just as we suspected, the results came back benign, and we moved on, never to worry about it again. Finally, in the last couple months, she could truly enjoy being pregnant.

My partner was on call when she went into labor and delivered her baby. All went smoothly and I saw her the next day. She looked tired. Happy, but really tired looking. The following day, she looked a little better but brought up that breast lump again, “I think it is bigger, a lot bigger.” And sure enough, I could now see the lump. Since her breasts were beginning to engorge with milk, I again thought this was just normal changes, maybe a little exaggerated in this particular patient. She was to be discharged that day, so I told her to make an appointment with the surgeon again during the week.

Days later, when she saw the surgeon, there were skin changes on the breast — puckering and redness. Because she was nursing, the surgeon was a bit on the fence about doing another biopsy, especially with a negative biopsy two months earlier, but told her it might be a good idea. So the patient scheduled the biopsy a couple of weeks out, too tired to think about it any sooner.

The day after the biopsy, the pathologist called the surgeon. Inflammatory breast cancer, the most aggressive form of breast cancer. I found out the next day and was shocked. She was only 25! She and her husband were devastated, but with a brave face, she started down the road of treatment. Unfortunately, in no time, this cancer had spread everywhere and, despite her best attempts, she could no longer fight it. Within a year, she died.

I was numb. I couldn’t even register the possibility that she died. My mind was swimming with questions. Did I miss something? Could I have caught it earlier? But we had the negative biopsy … I know both the surgeon and I were lulled into thinking she was too young to have cancer. When I saw the surgeon next, he looked like he had aged 20 years. He was devastated and truly grappling with what happened, second guessing himself as well.

The patient’s husband informed me about her funeral. It took every ounce of strength to go to the funeral home. I imagined this family hating me, hating the sight of me, hating what I symbolized. There were so many people at the viewing, I could have easily slipped in and out, and no one would have noticed. I pushed myself to walk in, view all the posters with photos of her, her daughter, her family. I saw the open casket and turned away. That’s when I saw her husband. I didn’t know what to say. I felt like I knew them, but realized after seeing all the photos; I just knew a part of who they both were. He gave me a hug and heartily thanked me for coming. I mumbled a few words, and then someone pulled him away. I walk out quickly, tears flowing. Her life was in my hands, and I may have failed her. It is a burden I carry. 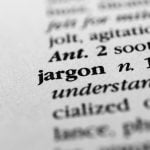 Translating the language of hospital administrators 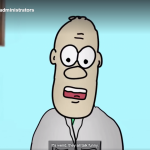 I failed my patient, and it’s a burden I’ll carry with me
7 comments