There’s a saying: “Pain is inevitable, but suffering is optional.” However, some people thrive by complaining. These people, when presented with potential solutions to the problem, argue and invalidate all possibilities presented. Sounds familiar? Being a physician advocate in the battle to lower physician burnout and prevent suicide in doctors, I am disheartened to see this phenomenon in our community. While there are frontline physicians — even physician leaders — who gladly get on board, looking at and for new solutions to what seems to be an unsolvable problem, many of our community are content to remain in their resigned cynicism, shooting down every possibility that surfaces without consideration.

Of course, there are those physicians who, while skeptical, are willing to listen while providing valid arguments contributing to forward movement of the creation of strategies. Furthermore, I’m not saying that either of these doctors is right or wrong. What I am saying is that complaining about the same thing over and over again and never taking action, may indicate an underlying commitment to suffering. This may sound crazy at first, but I experience this with both my clients and with the physician community on a daily basis. And as I’ve pondered the possible reasons for this kind of resistance, here is what I’ve gleaned:

1. The physician doesn’t believe change is possible. Physicians who believe change isn’t possible have a deep ingrained resignation and cynicism present. These are the people who when presented with possibility, shoot it down immediately. Perhaps it’s because they’ve been in the industry so long and have seen so many before them attempt to change the system that they just can’t see possibility anymore. Perhaps they have attempted to affect change and failed. Either way, they kill possibilities at every turn. The opportunity for them is to see that there is light in the tunnel and that they can be a part of that light if they just consider the possibility of the various solutions and strategies presented.

2. A physician believes change is possible for everyone except them. These may be people who have seen success or change happen around them, but have not yet experienced it for themselves. They may even be taking some action (albeit ineffective or inconsistent). However, after time, the resignation sinks in, and they come to believe that everybody can have it “except me.” For people like this, I reminded them that if others can, then they can too. They simply need new actions and pathways to produce new results. The opportunity for these doctors is to understand that everyone (including them) has a blind spot, and the new actions to take that would be effective for him or her may just be in theirs. They might potentially benefit from a little outside guidance from someone who can see that blind spot, reveal it to them and empower and hold them accountable for new actions.

3. A physician may believe that change is possible, but they cannot conceive how they will make such a change. This can be especially true for the doctors experiencing physician burnout. They may be overwhelmed, stressed, tired and cannot see how they can fit one more thing into their chaotic lives. Sometimes, there is the genuine belief that they are not capable of change. This also tends to be true in female physicians, especially physician moms. The opportunity for them is to see that their view of themselves is distorted by some past failure. Seeing this sometimes this requires the support of someone who can spot, reveal and guide them through whatever barrier it was that led them to believe that in the first place.

4. A Physician may believe that change is possible, but is unwilling to do the work of making the change. When I see this scenario, what I usually see is a person truly committed to their suffering. Whenever I come across someone who believes change is possible but is unwilling to change, I tried to get underneath the reason for the unwillingness. Typically it encompasses step number one, number two, number three or the following step …

5. There is a secondary gain. For some, this is a hard pill to swallow. But often if there is chronic complaining and unwillingness to be responsible for change, it is possible that there is a secondary gain. When this is the case, it’s important to look at what and how big is the secondary gain. For some, it is simply attention (good or bad). Some physicians (and people in general for that matter) like the thrill of “the fight.” They love challenging and being challenged. As long as there are people with whom they can rattle, they will continue their behavior. Usually, with their secondary gain, there’s more than one person involved. Change becomes difficult if the involved parties are not willing to remove the incentive. Short of a sudden magical revelation, removing this secondary gain is usually the only way to affect change in this pathway.

Recognizing ourselves in these patterns can be hard, but if we truly desire change in the undesirable circumstances in our lives and our careers, we must be willing to tell the truth about how we are currently operating in the world. When we impart the principle of mindfulness, we can then be responsible for where we are and take action to move to the next level.

The next time you hear yourself complaining about something you’ve complained about many times before. Or the next time you catch yourself automatically killing possibilities without consideration, consider asking yourself: “How committed am I to my suffering?”

A video for the medical students taking USMLE Step 1 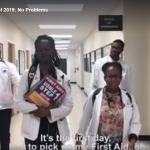 What are the best uses of rehabilitation medicine in patients with cancer? 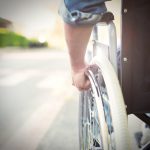