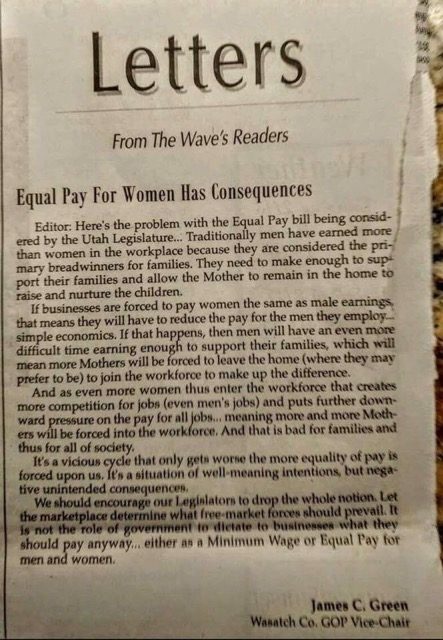 (This letter was jointly written by members of the American Association of Women Emergency Physicians.)

We are writing to condemn James Green’s letter “Equal Pay for Women has Consequences” in which he suggested women be paid less than men as a matter of “simple economics.” This letter is heavily laden with bias against both women and men. The assumption that men need to earn more money than women and prefer to be the breadwinner is fundamentally flawed and perpetuates misguided stereotypes for both genders. The idea that one’s gender relegates the individual to a particular role in the family undermines the choices for both men and women.

As emergency medicine physicians, we are aware that many women are the primary wage earners for their families for a variety of reasons. While earning less money than their male counterparts for equal work, women physicians and scientists also do more domestic work and reshuffle their work priorities to care for sick family members. How, then, can Mr. Green justify that women earn less than men while fundamentally working more than a full-time job? The suggestion that women be paid less while also being subject to higher expectations to do domestic work adds insult to injury.

Men also don’t deserve to be subject to the biases perpetuated in this letter. Mr. Green assumes that men should be the sole breadwinners for the family by virtue of their gender. However, more and more men are choosing to stay home with their families while their significant other goes to work. Men deserve the right to be able to make the decision to either work or stay home and should not be pressured to adhere to outdated stereotypes.

Mr. Green also assumes that women prefer to stay home rather than go to work, and this is an unfounded opinion. While this is a decision that some women make, it is a false assumption that all women in the workforce would prefer to be home.

Women make up one-third of physicians in the U.S. and nearly half of all medical school graduates. There is evidence that female physicians provide better medical care to patients, including being more likely to adhere to clinical guidelines, provide preventive care, use patient-centered communication and provide psychosocial counseling. Recent evidence also suggests that elderly hospitalized patients treated by female internal medicine physicians have lower mortality and hospital readmission rates. Despite this, women physicians earn less than their male counterparts and fail to reach equal representation in leadership even when accounting for confounding variables. Certainly, this evidence would justify equal pay for women. However, we should not be forced to justify our worth by proving that we are good enough to earn equal pay; instead, we should be fighting the stereotypes that assign different career and family expectations according to a person’s gender.

Such outright opposition to equal pay for women, as was perpetuated by James Green, is common at all levels of government and has significant consequences for women, including female physicians in practice and those entering the workforce. In fact, one student told us that she has chosen to leave Utah for medical training, and will not be returning there to practice medicine, due to these sexist biases and the fact that Utah has one of the highest gender wage gaps in the country. Many other women physicians in practice experience sexism regularly.

Workplace discrimination, lack of policies that support women, different societal expectations for women and other forms of sexism, both subtle and blatant, are all contributors to unequal pay for women. Outright opposition to equal pay for women, as was suggested by Mr. Green, normalizes gender bias and is harmful. Mr. Green’s opinion has nothing to do with “simple economics” and has everything to do with gender bias about the roles of both men and women. Although Mr. Green has stepped down in his position as Wasatch County GOP vice-chairman, he is likely not alone in holding such misguided assumptions about gender, and we should be fighting against outdated gender stereotypes.

Jamie Santistevan is an emergency physician.  This article originally appeared in FemInEm, where references may also be found. 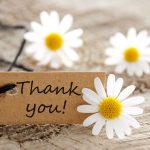 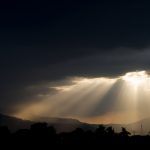