The building contractor chatted pleasantly while I checked his blood pressure, waist circumference, cholesterol levels, fasting glucose and urine protein. We discussed bowel and prostate cancer screening in detail, and I gave him written information as we were out of time. As I signed his script for the blood pressure medication, he winked.

“That was easy money for you, wasn’t it?”

Thirty-seven dollars and five cents is the value the government places on up to twenty minutes of my time. This figure, the amount a practice receives from Medicare for a standard consultation, hasn’t changed in four years, and under the current government, will not change for another three. But are the pennies well spent? Let’s see.

Nineteen-year-old homeless girl slouches in chair while I explain why she needs the medication that keeps her out of hospital. After nine minutes her body language changes.

“Oh. If someone had just told me that I would’ve taken it. Can I get a chlamydia check while I’m here?”

Eleven minutes assessing a feverish toddler. Are you dying of meningococcal septicemia, or do you have a cold? Repeat this consultation six times today.

Stoic man, whose wife of forty years is in hospital, vaguely requests a “check up.” After ten minutes, he mutters that he has a funny feeling in his shoulder, “probably nothing”. Ask nurse to do an ECG.

Fifteen minutes with a young man who just lost his leg. Together make a list of the things he will think about when he can’t take his mind off the gun in his uncle’s garage.

(0932. Check Stoic Man’s ECG and send him in an ambulance to the hospital. Three hours later he is having heart surgery. Continues to care for his wife at home.)

Three minutes silence with a woman with finger marks on her neck in case today she wants to talk. Nope. Talk about migraines instead. Maybe next week.

Attend to eighteen-year-old who has fainted. Phone call from nursing home — three new urinary tract infections, someone is delirious, and Bert’s family are here from Perth wanting to talk to me. Can I come by at lunch?

Determine whether eighty-nine-year old is fit to drive on public roads.

Explain to young man that, contrary to Dad’s information, men as well as women can carry sexually transmitted infections, and he should be treated for that discharge. Screen him for depression. Not depressed, yet, but he is injecting testosterone and has a secret abscess he’ll let me see.

Explain to woman with nine years of symptoms unresponsive to dry needling, pyrrole supplements, crystal healing, and zinc replacement that she probably has celiac disease.

Reassure first-time mom with post-natal depression that she is not evil. Organize support.

Shout at ninety-two-year old that she’s gained four kilograms of fluid, and her medications need jiggling or she will be back in hospital. Receive beatific smile in return. Jiggle medications. Stop the four least useful of her fifteen medications and arrange to review tomorrow.

Advise local butcher she should invest in Hepatitis A vaccine prior to Thailand trip, for all our sakes.

Lunch! Call the hematologist again. Call the patient with the weird blood to request he come in today. Quick reading to brush up on weird blood. Paperwork. Visit nursing home.

General practice costs seven percent of the Australian health budget. The frontline is starved, and the idea that we can build a tower to Mars with the money we’ll save by starving it further, is madness.

GPs save Medicare money by keeping people out of that economic sinkhole, The Hospital. If we keep one patient per week out of intensive care, five per week out of hospital, we are worth it. I assess three to four infants per day who don’t need a bed in emergency, and I send the declining asthmatic who does. I jiggle medications to keep people stable. Last month I saw a socially isolated man who wanted to quit the cannabis making him psychotic. I saw him second daily for a fortnight, encouraging him through withdrawal. I can only imagine the cost of an admission to the mental health unit for drug-induced psychosis, but it’s probably more than $185.25.

I invest time in saving Medicare money — by listening, examining and explaining that often an expensive test isn’t going to change what we know or do. Having invested eleven years and over a hundred thousand dollars in my eyes, ears, and mind, utilizing these before a multinational pharmaceutical and/or pathology company seems both wise and cost-effective. But the more I get squeezed, the less time I’ll spend. The government doesn’t want to pay me, and neither do the people. While my rent, fees, insurance and the cost of living goes up, my income doesn’t. Can we all stop looking surprised when we have to pay a GP?

People in Saba jackets complain to me about “crap bulk billing doctors.” It’s like whining that McDonald’s gave you reflux. For GPs, it’s becoming one or the other — a gap payment, or eight patients an hour. I haven’t burnt out yet, but soon I’ll have to start either charging a gap or doing Botox parties of an evening. If you want better care, pay a gap, or write to your member of parliament. Preferably both. You get what you pay for, because your government won’t.

If I charge the building contractor the private fee of $70.00, he is immediately refunded $37.05. Of that $70.00, thirty-five per cent goes to the practice for rent, software, electricity, equipment, and to pay the receptionist and nurse. After tax and student debt, I receive $24.56.

I bulk billed him, which means I made $13.01. That dizzying sum covers sick, holiday and maternity leave, superannuation and around $8,000 per year in fees, insurance, and continuing training.

So no, it wasn’t easy money.

Elizabeth Oliver is a physician in Australia who blogs at that lady doctor, where this article originally appeared.

Doctors have to become greedy dogs to survive 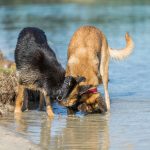 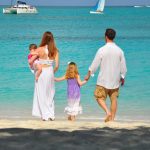