Since the study of science is the most common route taken to a career in medicine, there’s a tendency among doctors to neglect, if not outright scoff at the arts and humanities. That’s a shame, and not only because an appreciation of history or philosophy might make you a better doctor. I’m in complete agreement with that notion, but as an opinion, it can’t be definitively proven.

Instead, I think it’s worthwhile to talk about the benefits of the humanities in medicine — specifically crafting and sharing medical stories—independent of any effects the effort might have on your success as a doctor.

Medical storytelling, or “narrative medicine,” can be tricky to define unless perhaps you start with what it isn’t. Narrative medicine isn’t case presentation, chart reviews, or Morbidity & Mortality rounds. The purpose of telling the story is not the correct clinical answer, nor to uncover what when right or wrong for the patient in question. Precise details are critical to M&M discussions, while no such requirements exist for medical narratives.

Narrative medicine isn’t genre writing like a Robin Cook or Michael Palmer medical thriller. Those books can be fun, but for the most part, they’re wildly unrealistic, and the medical content plays second fiddle to the storytelling conventions of the genre and momentum of the plot.

Rather, narrative medicine is much like the ancient Greek myths: stories that are flexible, enduring, and offer any number of truths or insights beyond the immediate details at hand. They can be recorded in writing or passed from person to person by word of mouth alone.

For example, I have a story I’ve shared for over fifteen years, describing my first night of calling on the internal medicine wards as an intern. My wife, also an intern in the medicine wards, had given me a handover on a patient with terminal lung fibrosis. The patient would have periodic spells of respiratory distress, spells that settled only after injecting a few milligrams of morphine through his IV. When I was summoned to deal with the man’s distress later that evening, I inadvertently ended up injecting just enough morphine to settle his breathing for good. His family was grateful that their loved one would suffer no longer, and though I was shaken, I carried on with my night of call without further incident.

For years, I’ve employed the story primarily for its morbid humor or to showcase the realities faced by a rather hapless intern trapped in a hospital apart from his significant other. While relating the story on a recent podcast, it dawned on me that the same story can also illustrate doctors’ collective discomfort with a terminal disease or spark a discussion around the limits of medical science and the role of physician-assisted death. It’s worth noting, though, that whatever the chosen thrust of the story, there are very few details required to keep its essence the same: the patient needn’t have been a man; the disease could just as easily have been emphysema or congestive heart failure; the other intern need not have been my wife, and the injected drug could have been any narcotic or even a potent sedative. For the purposes of medical education or quality control, or public policy, all those details matter, but in no way do they matter to the intangible value of the “story” itself. Still, it’s only in telling the story that we ask the questions — and hopefully, find answers — that aren’t revealed in the nitty-gritty clinical data.

More importantly, medical storytelling is cathartic in the classical antiquity sense of the word (the medical sense of the word is better embodied by the word “laxative”). In telling a good story, both the storyteller and the audience can experience and release the whole spectrum of emotion through a medium in which no patient or caregiver need suffer undue harm. And unlike visual arts, literary fiction, or poetry, a good story is one that’s accessiblthat’simmediately engaging.

Narrative medicine isn’t for everyoisn’tnd many health professionals despise using their spare time to write. Storytelling and narrative writing are related but distinct crafts; each demands training, practice, and motivation. But there’s enjoyment inthere’sploration of both, even as a casual observer. So dial down the knee-jerk skepticism, stop your eyes from rolling, and take a second look at what a good medical story has to offer. 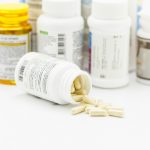 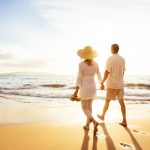