She burst into tears when I asked if she wanted to get pregnant.

Eman, a beautiful young woman from Jordan, sat in my family-practice office with her husband, Ali, and two adorable children about one and two years old. With her scarf and dark clothing covering all but her pale face and enormous sable-brown eyes, Eman looked closer to fourteen than twenty-four, and scarcely old enough to have any children.

“We wish to remove her IUD so that we can have another baby,” Ali answered.

I don’t think he expected me to address Eman directly.

“Do you want to get pregnant?” I asked since she seemed so tense and unhappy. That was when the tears started.

“Why are you upset?” I continued gently.

“Can you please let her speak and translate for her?” I said.

He nodded, and she murmured something in Arabic.

“She says she may want to get pregnant again, but not yet,” Ali said. “For myself, I want to have children while I’m still young.” He was twenty-nine, he said.

He and Eman talked in Arabic for a bit. As they finished, Eman looked at me wide-eyed for a moment then gazed at the floor again.

“She does not want to do it right now,” Ali told me. “But out of respect for me, she will do it.”

“Hmm,” I said. “This presents me with a dilemma since I’m being asked to do something that my patient seems not to want me to do.”

“I have a solution,” Ali responded readily. “You can take out the IUD, and we will use some other kind of contraception while we talk this over, and until she is ready.” I had an uneasy feeling that he was just trying to appease me.

“Who helps at home with the children?” I asked.

“I do,” said Ali proudly. Before I could figure out a way to tactfully ask how, as a graduate student, he had time for this, he added, “Anyway, we are planning to move back to Jordan in another year or so. We will have lots of family to help us there.”

As well-behaved and adorable as the children were, I could imagine how much work they were — and how much more a newborn would add.

“She says that she is afraid,” Ali translated. “Not of the pregnancy or childbirth, but mostly about whether she can handle three children.” They talked some more. Eventually, Eman said that she might want to get pregnant in a year or so — but still, she looked stricken, and her body drooped with resignation.

“May I speak with Eman alone?” I asked Ali. After a moment’s hesitation, he took the children out into the hall.

I spent the next half-hour, with the help of an extraordinarily patient telephone interpreter, teaching Eman how not to get pregnant.

I asked her all the standard questions related to abuse: Had Ali ever harmed her? Did her force her to have sex? Was she afraid of him?

She denied all of those, and I believed her. Her husband’s power over her was not physical but cultural. When I asked again if she wanted the IUD out, she said, “I have no choice.”

She looked worriedly at the door. I stuck my head out and asked Ali to take the children to the waiting room. While not hovering immediately outside, he was still close enough that he might hear what was being said over the speakerphone.

Realizing how little Eman understood of her body’s functioning, I told her about ovulation and about the times when she was most likely to get pregnant. In a bizarre reversal of the usual fertility counseling, I explained how to use cervical mucus and timing to try to avoid conception.

Then I suggested that she have a Depo-Provera shot, which would prevent pregnancy for three months.

“It might show up on the insurance bill,” I warned. She felt that she couldn’t risk it.

Finally, Eman told me to take out the IUD. “That is what I came here for, so I will do it.”

We decided to tell Ali that Depo-Provera was the birth-control method she’d chosen. Secretly I hoped that the shot’s effects might last for up to a year, as they sometimes do.

I invited Ali and the children back into the room.

“Three months?” Ali said. “No, we don’t need that. She can just take a pill for a week or two, while we decide.”

“It sounds like you’ve already decided,” I wanted to say — but I bit my tongue. Alienating Ali wouldn’t help Eman, especially since I was still hoping to find a way to convince him to delay a future pregnancy.

I escorted Eman to the exam room, and, at Ali’s request, he and the children came along. When Eman was ready, I drew a privacy curtain to shield the two of us.

Eman’s legs shook as I put in the speculum. I went as slowly as I could, mindful of her sighs of pain, and stopping to let her rest. At first, I didn’t see the IUD strings and considered leaving it at that. But then she’d need an ultrasound — possibly even a transvaginal probe — and then another speculum exam. All of that would mean even more trauma. So I used a tiny brush to bring the strings into view and pulled the IUD reluctantly but quickly, feeling brutish as she yelped.

“We should talk about what you’ll use for contraception,” I said. The children, feeling the tension in the room, began to pull at the curtain and chatter, so I asked Ali to leave again.

I helped Eman sit up and left the room to let her get dressed. On the table, with her scarf off, she had looked like any other young woman — her mascara slightly smeared, her hair tousled. Now, as I came back in, she’d replaced her dutiful wifely garb.

We decided on birth-control pills, and I taught her how to use them — and that they could also be used as a morning-after pill. I prescribed a six-month supply, hoping that her insurance would allow it and that Ali might not notice.

With the kind interpreter’s help, I told Eman, “I know that my beliefs might not be yours, but I think that no one else should tell you what to do with your body.”

You are a beautiful person,” she replied.

I felt at first touched, then ashamed. My words reflected my basic reality — that vast numbers of women enjoy the right to control their own bodies. But it was a reality, and a right, that Eman couldn’t share; she could scarcely even imagine it. And she could not see any way to claim it for herself.

Fiercely, I wished there were some way to put Eman in touch with women who would support her in making choices that honored her wishes, not just those of her husband or her culture.

I gave her my cell-phone number. “All you need to do is to call and say ‘I need an interpreter,’ and we’ll figure out how to speak.”

Finally, I ran out of things to say. I wished Eman safe travels, and she touched her fingers to her lips and extended them to me. We stood up.

She grabbed me and held on tightly, began to let go, then clung for another moment.

I walked her to the waiting room, feeling frustrated, helpless and defeated. Even at the end of a long day, it’s good to know that you’ve spent the time necessary to do the right thing, I reflected wearily. But what if, despite all your best efforts, doing the right thing isn’t enough to make a real difference?

When I met Eman, over a year ago, I saw her dilemma from the outside, with the smugness of a person who feels that her world has transcended an old way of thinking. Now, with changes in my own nation, I see my rights and those of other women here being threatened by powers who wish to remove our control over our bodies. It turns out that Eman and I may not live in such different worlds after all.

Andrea Gordon is a family physician. This piece was originally published in Pulse — voices from the heart of medicine. 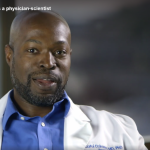 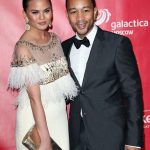