I felt a gust of sharp pain a couple of centimeters to the right of my belly button. It will subside, I thought. All pain subsides. It was an easy dictum to follow as a 39-year-old pediatric eye doc who last spent a night in the hospital as a patient in 1977.

I’d undergone bilateral laparoscopic inguinal hernia repair ten days earlier, so I was accustomed to brief squalls of discomfort after certain maneuvers — in this case, 30 minutes on the elliptical machine. My adherence to post-operative instructions was incomplete, but I reasoned that after more than a week of smooth sailing, the chance of an untoward event was small.

I was helping my wife construct a dish for a gathering we were to attend when the pain mutated from sharp to squeezing. I told her, with more levity than I felt, that if I got worse, we could divert to the tertiary care hospital down the street from our friend’s place.

As we made our way downtown, my lower abdomen became distended and increasingly firm. My visual perception acquired a social media photo filter, complete with muted colors and degraded contrast. We decided to go to the ED lobby after dropping off the appetizer.

My wife called my hernia surgeon’s answering service against my wishes. I considered with distaste Saturday night phone calls from patients. I did not want to be identified with ‘those people’ unless there was a rock-solid indication.

We sat in the lobby hoping the episode would pass. My bladder started to feel like a water balloon filled with hot sauce, so with regret, I registered for a bed. The ED doc reasonably assumed that urinary retention was responsible for my symptoms. My surgeon, who called back from an out-of-town conference, suggested a bladder scan before a catheter was placed, and introduced post-op bleeding as a possible diagnosis.

The nurse brought in the Foley kit before the ultrasound could be located, and I agreed to proceed because I was intractably uncomfortable. My wife asked if it would hurt and he responded somberly, “it’s like the male version of giving birth.”  And so it was. I gritted my teeth through cascades of scorching pain in my urethra and bladder.  No urine was expressed.

The bladder was vindicated as the primary actor in my condition, and a non-contrast CT scan was ordered. A 16 cm intraperitoneal hematoma had squished the lumen of my bladder to the point that it was completely effaced in the study.

I was assigned a room in the hospital tower. I figured I was anemic based on my pallid palms and near tachycardia, but learning my hemoglobin had dropped from 11.0 g/dL in the ED to 8.8 overnight escalated my anxiety. I was unable to move from the bed. My wife sat me up to urinate. I developed a pee-mantra to distract me from the pain, intoning “please, please” while attempting to void. Little was produced.

The hospitalist delivered more unwelcome news: I was in renal failure. A nephrology consult was ordered, along with more fluids and IV antibiotics. The hospitalist got in contact with my surgeon, who was to return on Monday. If I was stable, I would be transferred to his preferred hospital.

I felt twinges of real fear for the first time. Why were my kidneys and counts going downhill? My wife continued to provide comfort, but to her dismay, I couldn’t tell her whether I was going to be OK. My family texted me from afar, and I had few answers for them.

The next day, I ate my clear broth and received my fluids in a haze. I developed a raging left-sided headache in the afternoon. I worried that it was rebound from the narcotics, but in my addled state, I kept requesting boluses. IV Dilaudid gave me a few minutes reprieve from my aches and angsts.

In the morning, my hemogram was drawn again. The nurse returned with a clatter at 4:30 a.m. and I asked for the results: 7.5 g/dL. I was no longer a clinician schooled in the systematic weighing of evidence (such as the dilutional effect of IV fluids); I was a reeling, disconsolate patient. I rung the nurse several times to beg for intervention. I postulated that I was becoming one of those sad stories that generate malpractice suits — a patient needlessly decompensating because he was in the midst of a transition in care. I felt like I’d fallen into a deep well and was screaming at the small circle of sky for help.

I texted the surgeon at 6 a.m., informing him that the hospital team failed to grasp my dire condition. I’d become that nuisance patient I maligned earlier. He advised me to remain positive; a blood transfusion was not yet indicated, and my transfer was imminent.

My surgeon saw me that evening armed with the knowledge that my hemoglobin had risen above 8 g/dL, and my creatinine had normalized. He elected to observe me as opposed to surgically evacuating the hematoma. I was young and should replete my RBCs spontaneously, he said. My counts rose again, and I was discharged the next day.

Once home, I was placed in wife-imposed stasis. I felt like furniture that needed to be dusted every now and then. I slowly returned to work with a limited clinical schedule. Canceling patient appointments and surgeries provided more chagrin. I visited the ED one more time due to night sweats and a low-grade fever, but declined the offer of admission.

I’ve always considered myself an empathic physician. While I was hospitalized, I behaved in ways I previously found unseemly, or even contemptible, in patients. My veneer of empathy had blemishes.

My affliction was mild when considered on the vast continuum of illness. I was never in mortal danger. I had episodes of severe discomfort, but they were short-lived. I had tremendous support from family and friends. My mental levees separating lucid thought from delusion failed all the same. It doesn’t take much for rationality to unravel in the hospital. In my case, it was a little pain, some fatigue, and anemia. I hit the icy part of that slope quickly, and I slid a long way.

I realize now that an ailing person cannot always follow a script that satisfies his or her care team. There shouldn’t be a rulebook for patient comportment in the hospital. Judgment and insight corrode in the inpatient setting — this phenomenon is nothing more than human, and nothing less. I’d like to think I’ll weave the raw strips of this experience into a new coat of empathy, but I have yet to turn that particular corner.

Andrew Schneier is a pediatric ophthalmologist. 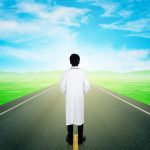 A medical student recognizes burnout early. He's doing something about it. 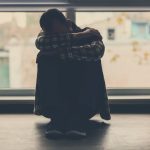