It is no secret that physicians are disenchanted with the changes in medicine and can be overheard saying that they do not want their children to go into the profession. Has the practice of medicine deteriorated to the extent we say it has, and are there more appealing options?

According to a Doctors Company survey of 5,000 physicians, 9 out of 10 physician respondents indicated an unwillingness to recommend health care as a profession. Also, 43 percent of respondents indicated that they were contemplating retiring within the next five years as a result of transformative changes occurring within America’s health care system. What factors are influencing these physicians’ decisions?

Doctors have the highest rate of suicide of any profession. Every year, between 300 and 400 physicians take their lives, approximately one per day. In contrast to the general population, where male suicides outnumber female suicides four to one, the suicide rate among male and female doctors is the same. While the rate of depression over a lifetime is basically the same for male physicians and the general population of men, about 12 percent — doctors’ suicide rate is 1.4 times higher. Female physicians have twice the rate of depression and 2.3 times the rate of suicide compared with the general population of women. Doctors worry that if they admit to a mental health problem, they could lose respect, referrals, income and even their licenses. Some depressed physicians also have substance abuse problems, another major risk factor for suicide.

Physicians are generally unhappy and many desire to leave the practice of medicine. Medical students often select high-paying specialties with the goal of early retirement. Physician MBA programs are flourishing; more than 50% of medical schools offer a joint MD/MBA degree program. In 2014, health care had more students in MIT’s executive MBA program than any other industry, accounting for about one in five members, or 20%, of the class of 2014. Physicians are leaving clinical practice to work as hospital administrators, or for health insurance companies, hedge funds or investment firms.

Physicians have seen declining reimbursement and increased expenses. The average medical student graduates with $183,000 of debt, and an average resident earns a salary of only $56,500 for over 60 hours of work per week. This amounts to an earning wage of only $18 per hour. Health care reimbursement from Medicare has decreased every year when adjusted for inflation. Cost burden has been shifted to physicians to collect copayments and coinsurance, maintain EMRs, take care of uninsured and underinsured, and provide ancillary staff for the EMRs and billing operations. To make ends meet, physicians have gradually had to increase the number of patients they see.

The result is that the average face-to-face clinic visit lasts about 12 minutes. The focus of health care has shifted toward not only patient wellness but also patient satisfaction scores, despite the fact that high scores are correlated with worse outcomes and higher costs. Unfortunately, the response of medical leadership is to call for more physician testing in the form of Maintenance of Certification (MOC).

As a result of the financial burden placed on physicians, private practice physicians are essentially forced into hospital employment, and now, many private primary care physicians may be forced into Accountable Care Organizations (ACOs).

Physicians are no longer regarded with the same respect they enjoyed in years past. Patients are unhappy with their financial responsibilities (deductibles and copays), unhappy waiting for physician services, unhappy seeing mid-level providers, unhappy at the limited time they are allowed in their visit, unhappy or non-compliant to follow our recommendations (weight loss, smoking cessation), unhappy when they do not receive what they anticipate (narcotics or antibiotics) and unhappy when complications arise (and may seek lawsuits as a result). Nurse practitioners are attempting to assume the role of physicians despite the lack of physician education and experience.

There appears to be a media narrative that blames physicians for things the doctor has no control over such as increased health care costs, which are mainly a result of medication expenses and increasing hospital administrative costs. The implication is that doctors are getting away with something and need constant training, watching and regulating. With this in mind, it’s almost a reflex for policy makers to pile on the regulations, much as CMS has done.

What we cherish about medicine

Given all of these negatives, why would we ever encourage our children to pursue medicine? We must consider what we cherish in our profession when considering the alternatives: Medicine is a wonderful profession. It is one where you can repeatedly help and be of service to many people. The special role a physician has in healing and comforting patients is inspiring.

It means working and being directly involved in deeply meaningful human interactions. There are many chances to make a difference, and not many professions can bring this type of personal satisfaction.

In addition, the profession demands and presents intellectual stimulation and requires a constant learning challenge to keep up with new procedures, types of drugs, approaches and frequent modifications in the diagnosis and treatment of common and new conditions. Most physicians chose medicine because they grew up admiring the physicians who treated their families. These physicians later served as role models and sources for encouragement when today’s physicians were initially considering a career in medicine. People respect, value and pay for our opinions.

Although physician pay has been relatively unchanged or decreased commensurate with inflation, physicians remain in the top one percent of American earners. Doctors enjoy job security; although our contracts may not be 100% secure, it is highly unlikely that we would ever be out of work for an extended period, barring injury or illness. Physicians may have (chronic) work-related injuries like neck and back pain, but we are certainly not doing heavy manual labor. We have the energy to do things we enjoy after work and can work later into life or retire early.

Finally, physicians have the opportunity to use their degrees and training outside of clinical practice such as in the role of hospital administrative duties, working for insurance companies or medical startup companies. Physicians have become necessarily involved in politics and are councilmen, senators and representatives.

Solutions for the next generation

What can we do to help aspiring medical students achieve their goals? We can improve their educational plight by preparing them for the rigors of business and the hard realities of economics. Education, premedical and medical that speaks to aspiring doctors about the glories of caring for the sick, that tells them only about their economic security, is entirely unfair and unrealistic if we do not teach them that medicine is also a business.

Medical students should have exposure to management and business classes in their pre-medical days so that they can have those concepts in mind as they consider their economic futures. The cost of their educations, balanced against their assets and motivations, will have to be factors in their educational process. And universal health care, if passed, won’t change this reality. It will only change the customer from the patient to the government.

Medical student debt needs to be restructured to lower interest rates, and young physicians need to get credit towards those loans for non-paying patients they see. Over a few years, they could work off that student loan debt. Residents need reasonable salaries, commensurate with physician assistants and nurse practitioners performing the same role. Residents deserve mileage reimbursement and overtime pay for on-call duties. Work hours need to be reasonable in terms of time off and shift length. Food should be available, and lockers should be provided to all residents, so they have somewhere to put their personal belongings instead of on a bed in a call room.

For future physicians to succeed, they need to be freed from the tyranny of ideas imposed upon them by those not working at the bedside of the patient. 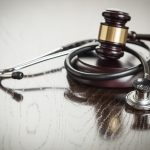 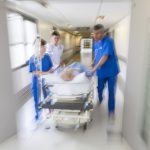 The medical profession has a bad reputation. Here’s why.
18 comments