Wellness. It’s all the rage these days as we try to manage our crazy work schedules while still maintaining balance in life. We have wellness committees, wellness workshops, wellness coaches, and wellness apps for our smartphones.

So, then, what does it mean to be well?

To the average person, and to the dictionary, to be well is to be “in good health” or “in a good or satisfactory way.”

However, to those suffering through opiate addiction, the idea of what is means to be “well” is completely different, and provides a rather harsh insight into how hard it is to fight addiction when everyone around you just believes that your addiction is a moral shortcoming rather than a medical illness.

I recently took care of a patient in the ER who is a recovered opiate addict, and he took the time to share some of his stories with me. His use of the word “well” as he recounted his years of addiction, dependence, withdrawal, and debauchery was profoundly different than anything I had previously associated with the word.

Paul Harper was a polydrug enthusiast, and was open about his history of drug use when we met. We sat down over a few cups of coffee, him talking about his life as an addict and then in recovery, me just listening and taking notes. As a “normie” who has never has been addicted to drugs, I have a lot to learn about what it’s like going through it.

A few years into the story of his addiction, despite a well-developed taste and appetite for heroin, Paul found himself in an area where oxycodone was more available than heroin. As he described that particular point in his life, he recounted, “I had to switch from heroin to oxy, you know, to stay well.”

Well. What an interesting choice of words. Not high. Well.

As I have heard from Paul as well as multiple other opiate addicts, opiate withdrawal is absolutely miserable. So miserable as to keep a person using injection drugs just so they don’t have to face withdrawal. One young man I met at a town hall meeting on opioids recalled that his use of IV heroin lasted six years as opiate withdrawal made him so miserable that he would do anything to avoid it.

So in Paul’s story, his efforts to be “well” were simply just trying to stay out of opiate withdrawal. If only he had known about — and had access to — the various treatments for opiate dependence and withdrawal, perhaps that moment could have been an opportunity to seek treatment for his addiction rather than just moving on to a new drug to replace the old one.

As I sat, sipping coffee, frantically typing as Paul was sharing his misadventures in addiction, he moved on to a story about a girlfriend of his who had an asthma attack while using. The long and short of it was that she was having a major asthma attack, severe enough that he had to take her to a local ER. Given how much trouble she’d been having with her asthma, she had to stay in the ER all day and hadn’t been able to use heroin, and was starting to withdraw. As a part of her treatment in the ER, they established an IV — so as to administer medications to stabilize her breathing. Paul was keenly aware of her impending opiate withdrawal, and so he did what any concerned addict friend would do — he shot heroin right into her hospital IV. As he recounted the details of the story, he didn’t miss a beat as he told me about shooting heroin into her IV tubing. “You know,” he said, “I had to get her well.”

I am the first to admit that I led a sheltered upbringing. I attended private school in a nice area. We had multiple school seminars and lectures through the years on why drugs were evil and ruined your life. We hosted people who had hit rock bottom and lived to tell about it — sharing their horrific experiences with us in an attempt to scare us away from drugs. I went off to college with a sound understanding that “drugs are bad,” and little more insight than that. Granted, it was enough to guide me towards the weekend beer and away from anything that involved a pipe or a needle — but it left me believing that drug use was the deserved choice of the intellectually weak and destitute.

Look at it another way.

Imagine you’re in Paul’s shoes. You’re sitting in an ER. Your girlfriend is sick with asthma. And you know that if she doesn’t get an opioid in her system in the next few hours, she’s going to withdraw and be as sick as a dog — chills, muscle aches, anxiety, abdominal pain, diarrhea, vomiting, and who knows what else.

You’re damn right you’re going to do what you can to prevent her from being sick. You want her to be well.

With that in mind, it doesn’t seem so bad to shoot a little heroin into her IV, right? I, mean, it’s really just to keep her from getting sick.

Fortunately, Paul is in recovery. He’s now sober, and moving on with his life. In my work as a doctor in the ER, however, I see plenty of patients who are still in the throes of addiction. The good news is that we have great medications to treat opiate withdrawal — such as buprenorphine, to help them be “well” and not suffer through opiate withdrawal while they try to get treatment. The bad news is that they still get looked down upon for being addicts, and often shy away from opportunities at treatment as they fear people judging them.

So the next time you’re looking at the step counter on your smartphone’s wellness app, take a minute to realize that the definition of “well” depends on where you are in life. We all need to take a minute to be grateful that we don’t have to spend our days looking for our next fix; however, it takes some serious perspective to realize that using drugs means both feeding the insatiable demons of addiction as well trying to stave off withdrawal.

Looking to the future, I hope that we can increase access to treatment for addiction. I hope that people with addiction will be able to openly ask for, and receive, help when they need it.

Let’s actually start getting them well.

How to apply business to medicine 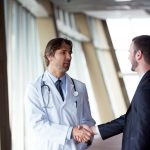 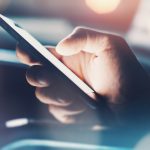 What does it mean to be well? Ask an opiate addict.
3 comments