Think about it; athletes aren’t the ones who document their performance. It’s other people that keep the score. That’s a whole science in itself. People talk for hours after the game or tournament is over about how each athlete did this or that in whatever way they did it, and the numbers are in many cases captured by extremely sophisticated electronic equipment.

Physicians work hard to diagnose and treat their patients, and on top of that, we have to do all the work of documenting what we did and how we did it. It isn’t enough that we make a correct diagnosis or provide an incredibly effective treatment? We have to code and document so that accountants, lawyers and the general public can understand what we did.

Our medical charts are now instruments for billing and, sadly, less and less of a tool for us. I suppose it is a bit like if a baseball coach in America had to speak to his/her team so that any Swedes or Martians accidentally present could also understand what was going on. (Baseball is not big in Sweden or on Mars.)

Now, you might think doctors aren’t worth the millions we pay our professional athletes. I’m not going to argue with you on that one. But I will point out that the medical spending controlled by your average family doctor, through direct care, tests and consultations ordered, emergency room visits and hospitalizations — per capita spending multiplied by the number of patients cared for — is in the ten-million-dollar ballpark to borrow a term from America’s favorite sport.

My point is, why do we have to input the data with our own, in my case, two typing fingers, when professional sports doesn’t make athletes keep their score? The technology is there in other arenas (sorry, the sports terminology keeps popping up), so why not in ours? 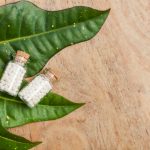 A tribute to the pharmacist 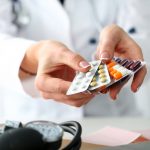