It would never have gone down this way ten years ago when length of stay was all the buzz. The CT scan would have been done in the emergency department, and the patient would either have been discharged or admitted for a quick observation stay. Bing, bang, boom. One, two, three.

Instead, the CT was pushed until morning. A resident saw the patient at midnight and then not a single practitioner note in the EMR for nearly eighteen hours. The hospitalist eventually deferred on the scan and called for a consult, which was scheduled for the next day because of the late hour.

After a busy day of surgery, the specialist showed up at 8 p.m. and OK’d the patient for discharge without any further studies. But it was almost midnight, better to wait until the next day. The social worker, in meetings all morning, didn’t get the paperwork out to the nursing home until mid afternoon. The nursing home accepted the patient but only if delayed once more night due to poor staffing.

In all, the patient endured four days in the hospital without a significant diagnostic or therapeutic intervention. He did, however, sustain a third-degree decubitus ulcer which would take weeks of wound care to heal.

I’m not sure when exactly the length of stay vs. hospital readmission switch flipped. I have a sneaking suspicion that with all this talk of readmission rates, the focus and priority of the hospitals and their hospitalist programs have changed. Once again, we have traded one slave master for another with untold and often unstudied consequences. Don’t be too hasty to discharge, we are told, you wouldn’t want the patient to bounce back.

This dance we dance with Medicare is complicated. The incentive game sounds straightforward but often is not. While the hospital or doctor may be the recipient of all the carrots, the patient often finds themselves on the wrong end of the stick.

These are grand experiments we are forcing on our patients. Unproven and untested, we must be aware that in the name of quality, we may be undoing much good. 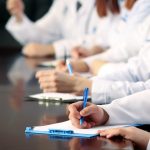 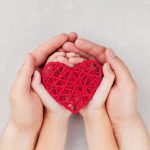