I am working hospitalist right now. On Friday, a man in his 80s was admitted with difficulty breathing. He had a complicated history, including a heart attack at age 35 with all the subsequent sequela of heart disease. He had an abnormal heart rhythm and was taking a blood thinner for stroke prevention. In addition, he had scarring of his lungs (cause unknown).

He was transferred to us from another hospital. He had shown up at the other hospital with a nosebleed (side effect of the blood thinner). In an attempt to stop the nosebleed, he was given blood and plasma transfusions. Nasal packing was placed. He subsequently ended up having a hard time breathing, and a breathing tube was placed. He managed to eventually come off the ventilator and was transferred to us.

I went into his room to introduce myself. His skin was wrinkled, and his hair was white. His nasal packing was still in place. His face was covered with an oxygen mask. I could immediately see that he had twinkly and jovial eyes. I reviewed his history with him and asked him how he was feeling. He said he was doing a little bit better, but said he has been having a hard time breathing for years. He wanted to know where I grew up and where I went to school. He told me that he was from New Jersey. We shared some exchanges about East vs. West Coasts. He told me about his children (one is a physician).

About 45 minutes after I left his room, his nurse called me.

I asked her to get a BiPAP machine at the bedside. (A BiPAP machine blows pressurized air through the mouth to help with breathing.) I returned to his room and met his son-in-law at the bedside. My patient looked at me, his eyes pleading. I sat at his bedside. I explained what the BiPAP machine was and how I hoped it would help him. I told him my job is to hope for the best but to prepare for the worst. I explained to him that while I was optimistic that the BiPAP would work, there was a chance it might not work and the next level of care would be to insert the breathing tube again.

Nasal packing in place and oxygen mask over his face, he started shaking his head. He told me he never wanted to go through the breathing tube again. I asked him if he understood what would happen if his condition deteriorated and we didn’t place a breathing tube. He gave me a thumbs up sign and said he completely understood.

“Doc, I’ve been suffering for a long time. I haven’t been able to breathe well for years. I had to move out of my house last year. My wife died three years ago. I’m ready.”

I assured him I am his advocate and my goal was to respect his wishes.

His son-in-law affirmed everything my patient was saying. He connected me via phone to my patient’s daughter and (physician) son. They both said that they didn’t agree but they respected their father’s decision for himself. With the family’s permission, I called our palliative care team to meet with us and review what it means to “be comfortable” and “die with dignity.”

My patient remained clear and lucid. He asked me to withdraw care that would prolong his life. With tear-brimmed eyes, he told me he was tired, and he was ready. In jest, he asked me for a scotch. He thanked me profusely. Unfortunately, I was not going to be his doctor over the weekend. I told him I would be thinking of him and that I would be happy to see him Monday if he were still in the hospital. He lifted my hand to his oxygen mask and “kissed” it. He thanked me again and again. I said my goodbyes to him, his daughter (who had arrived by then) and his son-in-law. Just as I was about to leave, he wanted to know what part of Arizona I’m from. I told him, and he thanked me again.

The loss of life, even if anticipated, still makes me sad despite all my years of being a physician. I went to work at 8 a.m. today. I learned that he passed away peacefully and comfortably at 4:15 this morning. Feels bittersweet, but there is solace in knowing that he is no longer suffering. When my last living grandparent turned 90, he told us that “God has blessed me with everything except death.”

Even death is a blessing in its right time and place.

Life expectancy has lengthened, but not equitably 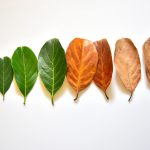