Earlier this month, a mourning widower stormed the office of the physician who had been providing life-saving cancer therapy to his young wife which failed. He shot and killed him. Or did he?

Before judging, let’s examine the facts associated with this case.

1. Juan Gonzalez, BCND was not a medical doctor. In fact, his “doctorate” was awarded via a naturopathic program. He did not possess, nor was required to possess a medical license to administer cancer therapy.

2. If the alleged complaints filed against this individual are true, he advised against high-quality, evidence-based therapy for a cancer.

3. Reports suggest that the patient’s cancer grew and her medical condition worsened despite the prescribed therapies.

The patient, Fikreta Ibrisevic, was a Bosnian refugee and mother of two small children. She had been battling rhabdomyosarcoma since 2015. Per lawsuit documents, her husband claimed that Juan Gonzalez opined that chemo and radiation were for “uneducated” people and offered a “guarantee” that the patient would be cancer-free with his treatments within three months. Lastly, the husband reported that Mr. Gonzalez suggested that “chemotherapy is for losers.”

What does the conventional oncology community recommend? The National Cancer Comprehensive Network (NCCN) is a not-for-profit alliance of 27 cancer centers which produces widely-accepted guidelines for cancer management.  Per their guidelines, rhabdomyosarcoma is best managed by surgery if feasible, followed by chemotherapy and/or radiation. It is known to be an aggressive disease with significant morbidity and mortality. The patient in question received herbs, massages, foot soaks, dietary recommendations, and other treatments over a five month period, ultimately costing the family about 7000 dollars. Per their reports, she was eventually seen by a medical oncologist who diagnosed progression of her disease. She underwent standard therapy and initially responded. Unfortunately, her body failed.

When cases such as this one surface, it can make us scratch our heads. Today’s physicians jump through multiple hoops with state licensing bodies, board certification, maintenance of certification, and other performance measures. As we must prove our worth over and over, why is it that nonphysicians are allowed to hang a shingle, call themselves “doctor,” and purport to cure cancer?

To become a medical oncologist and/or hematologist, one must complete college, medical school, three years of an internal medicine residency program approved by the American Council for Graduate Medical Education (ACGME), and an ACGME-approved hematology and/or medical oncology fellowship program. Radiation oncologists also must endure rigorous training by an ACGME-approved program. The American Society of Clinical Oncology lists nearly 12,000 hematologists and/or oncologists practicing in the US today. The American Board of Internal Medicine has offered board certification in internal medicine and its subspecialties (such as oncology) for over 75 years. This process is meant to provide more uniform standards for physicians; and, about 1 in 4 physicians in the US is board-certified through this organization.

The American Naturopathic Medical Certification Board (ANMCB) grants certification to “naturopathic doctors, nutritionists, herbalists and holistic health practitioners, as well as chiropractors, medical doctors, nurses, osteopaths, dentists and others who have traditional medical education with additional training and interest in complementary and alternative health care.” Their website states that the board may decide what constitutes an “approved program.”

In regards to medical licensing, the ANMCB reports that, “licensing by definition is a mandatory requirement and is usually administered and controlled by state government entities. States that license naturopaths are currently issued only to those that have graduated from a four-year residential program. We do not support these laws and have opposed them in several states. It is doubtful that state legislatures can define the naturopathic profession well enough to regulate it effectively at this time. Therefore, licensing appears to be impractical as well as premature.” The websites for American Naturopathic Medical Association and American Association of Naturopathic Physicians list which states require licensure before practicing. Only 19 states in the U.S. require a license. In South Carolina, Tennessee, and Florida, it is against the law to practice naturopathy and is punishable as a misdemeanor.

The American Board of Naturopathic Oncology (ABNO) was created by the Oncology Association of Naturopathic Physicians (OncANP) in 2006. Their purpose is “to create, manage and administer the naturopathic oncology board certification process.” Board certification is offered as a Fellow of the American Board of Naturopathic Oncology (FABNO). There are six “naturopathic medical schools” in the U.S. which churn out graduates proclaiming themselves to be “doctors.” These organizations appear to have more formal curricula than those favored by the ANMA, but the training is woefully inadequate for someone to refer to himself or herself as a physician.

The individual in question reportedly attained his “doctor of naturopathy” from Trinity School of Natural Health in Indiana. When I looked at their website, it appears that I can obtain the same for just under 3500 dollars and a few hours of videos. This organization granted Juan Gonzalez a “board certification” and the right to call himself “doctor.”

So as physicians who care for cancer patients, what do we do?

1. Refer cancer patients to physicians who are board-certified oncologists, hematologists, and/or radiation oncologists.

4. Become advocates through legislative action. Tell your lawmakers that “naturopathic doctors” are not medical doctors. Explain what true board certification means. Push for all healthcare providers in your state to become licensed.

5. Improve access to care for patients with cancer. Enough said.

6. Report those providers who are known to be practicing outside of their scope.

Sadly, none of these measures will bring Fikreta back. As a medical community, we can move forward in her memory to protect other families from having a similar experience. Every cancer patient should have access to traditional oncology therapies as well as complementary therapies, with an MD or DO leading the team.

Ashley Sumrall is an oncologist. 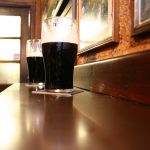 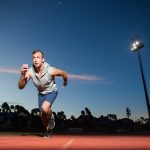 When anyone can be a cancer doctor
1 comments