As a first-year oral and maxillofacial (OMF) surgery intern, I was the first responder to any facial trauma at a hospital in Queens, NY. Therefore in the past 12 months, I was a primary care provider for numerous facial lacerations of women due to domestic violence. And was a 1st assistant in providing care to patients (both men and women) with orbital floor fractures and mandible fractures due to domestic violence. Having garnered these new experiences has caused a shift in my opinion when approaching certain public health issues including domestic violence. Through these practical experiences, I have encountered gaps that I hadn’t noticed in my previous studies of domestic violence during my master of public health studies.

Lesson 1: The role of social workers is irreplaceable in the emergency department

Many times, the emergency room is just as hectic as depicted in TV dramas. Sometimes patients wait for 12 hours just to be seen by a doctor. By the time the patients are seen, they are exhausted, frustrated and may have forgotten all about their dental abscess or head lacerations. Meanwhile, health care providers, contrary to what people may think, are working as hard and as fast as possible to provide quality care to people as they continue to flood in. Below is an example of my log book from a trauma night on-call:

Every page takes approximately 45 minutes to complete door-to-door, in its most efficient setting. Availability of basic instruments for closing the wound or draining an abscess depends on what time of the night or what day of the week it is. Finding a private area that has a working suction and a light is as unlikely as hitting a jackpot especially after a three-day weekend or cold winter’s night. Therefore, spending the extra five minutes screening for domestic violence, and providing nonjudgmental feedback to my patients in the ER setting appeared unreachable. My inability to screen these patients had nothing to do with not having the “screening tools” or feeling uncomfortable asking questions. To be clear, I am not referring to the patient who clearly demonstrates a classic presentation of domestic violence. But rather, women and men who come to the emergency department with signs of abuse, but they are seeking care for unrelated medical issues. For example, a 59-year-old woman who visits the emergency department with her spouse for a dental abscess and has signs of fearing her spouse. In another example, a 34-year-old woman with multiple bruises who brought her five-year-old son to the emergency department for a toothache. How do we best approach and handle these cases in when clinicians are already spread so thin?

Earlier this year, I gave a lecture on why domestic violence is a public health problem and the role of surgeons. In my presentation, I argued why surgeons should take as much of a participatory role in addressing the cause of the injuries as they do in putting a patient’s faces back together (preventative versus reactive). After my presentation, I was asked by an OMF surgeon, who works with a multitude of hospitals, if I was aware of any available programs in the area, hospital-run support groups or informative brochures to give to interested patients. I flatly fell short, though, but not by lack of effort. I had made several attempts via email and phone calls with two local well-known NGO’s in New York City to obtain informative brochures (listing available resources or possible social groups) and to attempt to establish a working relationship with them and clinics, and my attempts were unsuccessful. This further proves the need for social workers since they have established rapports with many leading support groups and organizations, as well as resources that they have already tapped.

While acquiring my MPH, I had urged clinicians to be more active in battling public health issues such as domestic violence. In practice as a clinician, I found it difficult to engage and connect with public health activists. The gap between activists outside the clinical setting and those of us who witness the violence in a clinical setting make it difficult to battle certain public health issues such as domestic violence efficiently. I am eager to learn how we can bridge these gaps for the sake of our patients.

Maryam Akbari is an oral and maxillofacial surgery resident. The views expressed are her own and do not reflect the views of her employer. 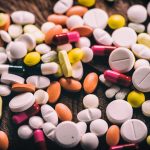 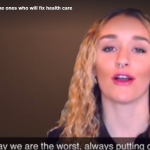