I know of only two people who, upon starting medical school, knew that they wanted to become psychiatrists. (How did they know what they wanted to do eight years before they did it?) They both achieved their professional goals: One created a community clinic for people with severe psychiatric illnesses. The other became an addiction psychiatrist and now oversees an entire substance use disorder program for a health care organization.

I was not one of those people. As a youth, I aimed for family medicine, a generalist that would help people of all ages. While studying microbiology in college, I aimed for infectious diseases: The ingenuity of single-cell organisms! The science behind antibiotics and antiretroviral medications! The elegance of diagnosis and treatment! (My fascination with microbiology persists.) In medical school, I learned that infectious disease is a subspecialty of internal medicine and, WOW, there are a lot of subspecialities within internal medicine! Oncology (cancer) and nephrology (kidneys) captured my attention for a while — more incredible physiology that occurs on a cellular level! — and, then, seemingly out of nowhere, appeared psychiatry.

We’re biased when we look back at how things unfolded: We can’t change the past, so we tell ourselves that it all worked out the way it was supposed to. So, yes, of course I was supposed to go into psychiatry all along.

It became clear during my psychiatric training that I prefer to work with people who are experiencing severe psychiatric symptoms, particularly psychosis (e.g., people who hear voices saying terrible things about them, people who believe that someone has exchanged their internal organs for someone else’s). I also like the intersection and interplay of physical and mental conditions: Sometimes people who have significant medical illness develop striking psychiatric symptoms, which resolve along with their medical illnesses. Sometimes people with significant psychiatric illnesses develop significant medical problems, and successful treatment of both conditions requires teamwork. Complex problems are fascinating. Witnessing people recover from complicated conditions is rewarding. I’m lucky that I have had the opportunities to do this work.

I’ve also recognized that I am not consistently warm and empathic to people who are experiencing mild psychiatric symptoms. Two previous patients come to mind:

For the woman with the three properties, we worked through that with minimal use of medications. I’m not proud to say that, for the man who desired creativity, I stared at him blankly when he was done speaking.

It’s important to know yourself. As I understand it, it usually takes at least a lifetime to learn about yourself. Even then, most people never know themselves completely by the time they die.

Learning about yourself helps you recognize how you could do things better or differently. We all have our weaknesses. They exist, even if we wish they didn’t. Everyone else sees them, even though we don’t.

There are many ways to get glimpses of our blind spots. If we’re willing to linger a bit when we catch these glimpses, we have the opportunity to make ourselves more awesome.

However, it’s hard to linger because these glimpses often occur when we’re angry or annoyed. Maybe you make an executive decision for something to happen and a lot of people don’t like it. Maybe you learn that not as many people liked or supported you when you thought they did. Maybe you wish that an institution or a group of people would write or say nice things about you, but they don’t.

These are all opportunities to get to know yourself a little better:

Wherever you go, you bring yourself with you. Even if you do not yet have any interest in learning about yourself, that doesn’t stop other people from learning about you. It is much more humiliating when everyone else knows you much better than you know yourself. 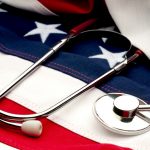