When I was a third-year medical student, I was a victim of sexual harassment.

I had a patient (I no longer remember his name, so let’s call him Mr. X) who was in his eighties and I had to do a rectal exam on him. I had been on the team taking care of Mr. X for a while, and I was fine doing the rectal exam and checking for blood in the stool.  These type of things often fall on the medical student as the low person on the totem pole.  Mr. X repeatedly asked me where I was from and even though I answered California, he was not happy with my answer.  He had served in the war.  Korean? Vietnam? I no longer remember.  He thought I was from Japan.  I’m not.  He called me “sweetheart” and did not address me appropriately as a member of his medical team.

Granted, most patients are confused about the medical system.  Most patients don’t understand the hierarchy at a teaching hospital.  And some patients assume that if you’re female that you’re the nurse or nursing student.  Mr. X would treat me appropriately when there were other members in the room.  When I went to check on him on my own, he was sexist in his answers and made me uncomfortable.  I didn’t report him.  I was overheard by my (all male) team talking about what happened.  My attending asked if I would attend a hospital meeting about sexual harassment.  Again I felt uncomfortable, but I thought that I should attend because it was a teaching session for other people.  I thought it was a good thing that the hospital wanted to make sure that we were being treated fairly.

It was a trap.  I’d never been interrogated so much in my life.  I flushed at the insinuations that were being made — as if I was at fault for Mr. X treating me in this fashion.  I’ll confess that I blanked out a lot of these details; I was so appalled that I was being blamed for Mr. X’s misogyny.

Did I stand up for myself?  No.  I was the low person on the totem pole.  I had never been treated this way when I was growing up.  My dad is a traditional Chinese father — and he never made any of his three girls feel like we wouldn’t be able to achieve whatever we want to achieve.  He never made us feel “less than” simply for being female.  I went to an all-girl high school; I saw girls in leadership positions and achieving success in academia, in sports, in everything.

But I didn’t feel strong enough to face the interrogation that followed.  Instead, I answered the questions.  I let the people in that room criticize me.  And when I went home, my husband listened to the horror, humiliation, and weakness I felt that day.

It’s been some time since I thought about what happened and what remains is my anger.  Why didn’t my attending stand up for me?  Why did he lead me to believe that the meeting was about how to prevent sexual harassment in the hospital, then proceed to be one of the people acting as if it was my fault?

I don’t have answers to these questions.

I thought about not posting this, but I think it’s important to keep an open dialogue and raise awareness.  I have heard about much worse happening to some of my patients over my career as a pediatrician, but I cannot write about it.  And I keep thinking about empowerment, especially in light of recent history.

For all the girls and women (and boys and men) out there, I hope you are able to stand up for yourself and find your voice.  Here is my voice speaking out today.

My husband’s point of view

Regarding Mr. X, let’s put it this way: Apologists for harassment and assault are fond of excuses like “She was asking for it,” or, “He’s not a bad guy, he just couldn’t help himself,” or, “She was sending mixed messages.”

If I broke an eighty-year-old man’s neck and threw him out a window, would it be OK because he was asking for it and I thought he was trying to provoke a fight and I just couldn’t help myself because he got me so worked up?

At the time I was actually more angry at the medical “committee” than a senile old husk of a man. She trusted them, and they betrayed her. They were too cowardly (afraid of having done wrong? afraid of being sued?) to admit that they failed. She should have been taught to recognize the early stages of such behavior and leave immediately. She should have been taught ways to shut down a frisky patient. They should have backed her up and put the patient on notice. Instead, they played “blame the victim, so we don’t have to feel bad about anything.”

One of the painful things about the situation is that there wasn’t any clear action. Should we have sued the hospital? Gone public? Gone to a trusted advisor in the medical program for help? In retrospect, it seems clear: Demand a better response from the normal channels, and if that doesn’t work, go public.

Melanie Tioleco-Cheng is a pediatrician who blogs at Dr. Bookworm. 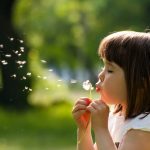 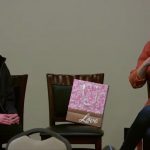 A victim of sexual harassment as a medical student
10 comments