That’s the provocative title of a recent article in Pediatrics, the journal of the American Academy of Pediatrics. The background to this controversy is the increasing recognition that chronic traumatic encephalopathy (CTE), a severe and debilitating brain problem first identified in former professional football players, can have its beginnings in college or even high school football players. That’s deeply concerning.

The article takes the form of this hypothetical scenario:

A primary care pediatrician in a small town receives a phone call from the local school board asking her if she will come speak to them about the benefits and the risks of football for high school students. The board is worried because, during the recent high school football season, a newspaper reported about the experiences of 3 young men who sustained concussions while playing football.

Four experts are then asked to comment on the scenario. The first expert is a pediatrician and an epidemiologist. It’s interesting that he, the first one in the discussion, chooses to evaluate the question in light of the principles of medical ethics. These include primum non nocere (first do no harm), beneficence (strive to do good), autonomy (people have a right to decide what to do with their bodies), and justice. Regarding the first of these, he states we already have ample evidence football can cause severe harm.

Knowing that football causes more harm to the brain than any other sport and yet encouraging participation while we await the results of more rigorous research violates the principle of do no harm.

This expert also suggests football violates the principle of beneficence, in that the harm it does outweighs whatever positive attributes it provides.

Football may provide benefits in character building, teamwork, and physical fitness, but given the potential long-term devastating harm, football does not meet the criterion of beneficence, because it is unknown whether the benefits exceed the risks.

But what about a person’s right to autonomy in decision-making? The expert concludes, in spite of parents signing waivers, football programs as currently constructed do not meet the fairly strict criteria for informed choice we use in medicine. Those are, among other things, that patients are informed of the known risks of things, in this case, brain injury.

As is apparent from a recent report on tackling and football, pediatricians do not have the knowledge required to help parents decide whether the potential health risks of sustaining these injuries (football-related) are outweighed by the recreational benefits associated with proper tackling.

Finally, the expert points to the ethical principle of justice. He concludes football, as currently played, violates this principle owing to, among other things, the huge preponderance of African-American players.

This means that African-American football players face a disproportionate exposure to the risk of concussions and their consequences. Out of fairness, the community must ask whether those who participate in football are already at increased risk of poor health due to social determinants, such as race/ethnicity and socioeconomic status. This is not to make the patently unfair suggestion that African-American males or others at risk should be singled out from participation in football, but rather to acknowledge that acquiescence toward the risks of football disproportionately affects these populations.

Abolish high school football, says expert number one. Pretty strong stuff, and I suspect most would regard it as highly controversial.

The second expert is a sports medicine physician. He notes football has always been a dangerous sport and has been regarded as such for nearly a century. He also notes that, according to the CDC, concussions are now ten times more common than a decade ago. A large component of this increase is probably increased awareness, however. This expert describes the paucity of data about the issue in children, which is kind of true. He also notes football’s popularity and that concussions occur in other sports, which is also true. But his conclusion, offering the standard “we need more research” dodge beloved of climate change deniers, and vaccine skeptics seems pretty feeble to me. Yes, we always need more research. But we already have quite a bit on this topic, with more appearing constantly.

The third expert is also a sports medicine physician. He also points out concussions occur in other sports, sometimes even at higher rates. Like the second expert, he also cites the character and teamwork-building aspects of sports participation, an argument that has always struck me as more an article of faith rather than of substantive proof. He advances the paradoxical argument that concern over concussions has gone too far, and that, managed appropriately by trained physicians, football’s risk is worth its benefit. He says keep football, but be proactive in promoting safety, by which I assume he means having trained medical personnel at practices and games. That’s always a good idea, since a key part of reducing brain injury is not letting a player with a concussion return to contact play until the first concussion has healed.

The last expert is a bioethicist. His contribution is brief, a sort of summary statement, and he doesn’t discuss any ethical questions the way the first expert did. Still, like the first expert, he doesn’t think high school football is worth the risk to the players — he would cancel it.

But I doubt that I would prevail. In spite of publicity about the dangers of football, the sport remains popular. More high school students participate in football than in any other sport. And many experts in sports medicine believe that football can be made safe enough. Given that, pediatricians should try to help parents and school boards understand the facts. They should also insure that a culture of safety prevails over a culture of winning at any cost.

People are deeply attached to high school football. I know this personally. My father was president of our local school board and also a pediatrician. When the local team experienced an epidemic of Staphylococcal aureus skin infections, my father, on the recommendation of the state health department, close down the locker room so it could be thoroughly fumigated and cleared of this potentially deadly bacteria. That meant he had to suspend football for several weeks. Most people understood his action, but many were furious. A few threw bags of flaming garbage (and worse) on our front lawn. It was highly disturbing.

What do I think? I would not allow my son to play football. Beyond that, I think any parent who allows their son to play should be told the very real risks of doing so, something that is not happening now. Removing public financial support of high school football could well cripple the college and professional versions of the game, since high school play feeds both of those. But I would support the decision of any brave school board that takes such an action. If they did so, I suspect football would still exist, it just would need to find another source of financial support. I suspect that would be forthcoming from enthusiasts of the game.

The doctor fired for having cancer speaks up 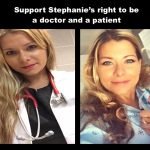 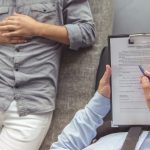 Schools should discontinue support for football. Here’s why.
7 comments