We have two ears and one mouth so we can listen twice as much as we speak,” said Epictetus. It’s clear that the Greek philosopher wasn’t a physician in 21st century America. If you watch doctors — and many researchers do — they speak more than listen.

Studies have shown that doctors interrupt or redirect patients within the first half minute of talking. I’m just as guilty. I fear that if I don’t quickly home in on the top priorities, the patient will ramble on ad infinitum.

How long, I’ve sometimes wondered, would my patients actually talk if I didn’t say anything at all? According to a group of Swiss researchers, when doctors did not interrupt, the average duration of their patients’ monologues was 92 seconds. Not exactly the deluge of historic proportions that most physicians fear. But, well, you know the Swiss — reserved, diplomatic, precise. Maybe Swiss patients lack the American gene for self-referential gab.

The day after reading that study I tried it out in my clinic. For each patient I saw, I quietly clicked on a stopwatch after saying, “How can I help you today?” My first patient took 37 seconds, the second 32. But these were basically healthy individuals. The third had more issues: unresolved back pain, plus his glucose, cholesterol, and weight were all creeping up. He took two minutes.

But then came Josefina Garza. A teacher in her native Argentina, Ms. Garza (not her real name) was saddled with a vast array of insoluble pains compounded by anxiety, depression, and irritable bowel syndrome — plus a demanding mother to care for. Exactly the type of patient who can drown you with a list of complaints. I love her droll observations about New York City’s pretensions of culture, which of course could never measure up to the sophistication of Buenos Aires, but they steer us away from crafting her care.

If I let Ms. Garza talk uninterrupted, I feared that the visit would unfurl like a Borges labyrinth. We’d tumble down a dizzying path of her symptoms that would encompass every organ system of her body, plus a list of her mother’s medical woes and a stinging critique of the Metropolitan Opera’s soulless production of “Turandot.”

But I had promised myself I’d let every single patient talk that day. If I eliminated the “difficult” patients, then my data — however informal — would be flawed.

I girded myself for battle and asked, “How can I help you today?” as I reluctantly clicked on the stopwatch.

“Every single thing hurts,” she said, “from my toes to my head.” There were shooting pains in her gums. Her scalp was painfully sensitive. Neck pain was radiating down her spine. Her mother had insomnia and was up complaining at all hours of the night.

Each time she paused I said, “Anything else?” And there always was.

“I’m only 45,” she said, “but I feel like I’m 85. Every step hurts, and my head feels swollen to five times its size. It’s like I’m walking through molasses.”

I scribbled a few notes on paper as she talked but maintained eye contact with her the entire time. “Let’s get everything out on the table,” I said bracingly, “every last symptom and then we’ll … then we’ll, uh, we’ll figure out where to go from there.”

I let her keep talking until she had fully, truly, absolutely come to the end of all that she had to say. In the silence that followed, I clicked off the stopwatch. I estimated that eight to 10 minutes had transpired, but in fact it had been just four minutes and seven seconds. And the Met had come out unscathed. I suppressed the urge to say “Wow!”

Instead, I turned back to Ms. Garza and said, “Is this everything?” She nodded, and I showed her the list I’d jotted down. When viewed on the page, it actually didn’t seem so overwhelming. It was long, but finite.

Ms. Garza had already had the million dollar workup, which was all negative. I explained to her that something was going on. “Medicine is very poor at explaining pain syndromes,” I said, “but that doesn’t mean we can’t go ahead and start treating your symptoms.”

We went down the list together, trying to identify which pains might be helped with ice packs, which might be helped with local heat and massage, which might best be treated with physical therapy, and which might respond to pain medications. We talked about how antidepressants could be helpful and that seeing a therapist could decrease her stress. We discussed how she might get help in caring for her elderly mother. We covered the critical role of exercise in treating chronic pain. And then we wrote up a plan.

At the end of the visit, which didn’t run overtime by too much, she said something I’d read about but never heard a patient say: “Just talking about all this has actually made me feel better.” I wanted to jump up and sing an aria (which, luckily for all parties involved, I refrained from doing) but I was in the process of realizing something else: Just talking it all out had made me feel better, too.

Like any doctor honest enough to admit it, I dread patients with chronic pain. Every visit is taxing and protracted. The patient is often dissatisfied, and so is the doctor. Patients like Ms. Garza are accustomed to having walls erected in front of them. Their clinical issues can be so daunting that doctors react — consciously or unconsciously — by attempting to turn off the spigot as expeditiously as possible.

Perhaps the mere act of getting every last bit on the table made it seem less overwhelming to Ms. Garza. It certainly felt that way to me. Maybe my less-pressured tone of voice lowered her adrenaline level. Maybe ignoring the computer and maintaining eye contact for the entire conversation made a difference. Maybe it was the sense of unlimited time. Or maybe it was simply admitting that passion and culture in New York could never hold a candle to Buenos Aires and leaving it at that.

This was first time I’d ever felt good after a visit with a patient with chronic pain — I was actually doing something to help, rather than just rearranging deck chairs. It’s a reminder that doctors sometimes need to zip it up and let the patient talk uninterrupted. Although it may feel like time is being wasted, it could actually make everything much more efficient.

Once patients feel confident they have been heard, there are fewer surprises later. And when all the data are on the table from the outset, there’s a much better chance of getting the diagnosis right on the first go around. Most importantly, a few minutes of solid listening can form a crucial connection between doctor and patient — one of trust, respect, and confidence. The dividends of this connection can pay off for years.

Danielle Ofri is an internal medicine physician and editor-in-chief, Bellevue Literary Review. She can be reached at her self-titled site, Danielle Ofri.  This essay was adapted from her new book, What Patients Say, What Doctors Hear. This article originally appeared in STAT News.

Primary care today is like squeezing blood from a stone 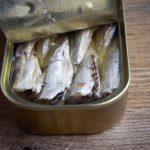 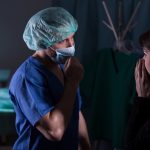 A positive visit with a patient with chronic pain
2 comments