It was around 2 p.m. when a 380-pound woman came into the ED. She was in her late 30s. The physician went to see her and then ordered IV fluids, some basic blood tests, and a urine sample.

At a hospital, everyone’s job is made harder when a patient is obese. Getting the patient on the bed requires more personnel. Inserting an IV — an intravenous catheter to infuse fluids or medications — takes more time. A physical exam is more difficult and invariably less precise: heartbeats and breath sounds are muffled by the layers of fat; palpating abdominal organs is practically impossible.

When the nurse went into the patient’s room to draw labs, she couldn’t get an intravenous line in. She called a fellow nurse, who tried a few times. She, too, failed. Thus, the doctor was called to put in a femoral line. When arms and hands fail, we go to the top of the leg, in the crease next to the groin.

I felt the physician’s impatience as he strode towards the room: Patients shouldn’t be fat enough that they bury all their arm and hand veins. Getting an IV shouldn’t be his job.

He worked swiftly, arranging the materials he needed while positioning the patient on the bed. This woman was so large she required two nurses to hold her abdominal fat away while the physician palpated her left groin.

It is an unspoken rule in medicine that patients should always be covered in areas that don’t require exposure, but no one tried too hard with this lady. The patient did not have time to consider her modesty, nor time or opportunity to protect it. Her lower body was fully exposed to the four people in the room.

As the nurses pulled up her abdominal fat, a stench permeated the room. If it is not a familiar stench, it is certainly a recognizable one: that of skin folds that have been in contact with each other for a long time, without much exposure to air. It is the odor of bacteria and fungi having a party on your skin.

As the doctor pushed on her groin with his hand to locate her femoral vein, she moaned in pain, contorting her whole body and making his job more difficult: “That hurts! It hurts!” To us, she seemed to be acting like a child. Despite the groin being a sensitive area, he was just pressing on her. On the other hand, pain can be anticipatory, and things were happening fast. No one was walking her through what we were doing, or giving her any time to process it.

I have noticed time and again that when adults experience pain like children, they garner very little sympathy from doctors. In our patient’s case, it wasn’t only her behavior that was hard to relate to — it was also, as hard as it is to admit, her size. Because that’s the thing about being over 350 pounds: One does not get to feel pain or be sensitive and tender like skinny people do and are. It is as if one lost that privilege, in part because he or she is so big there’s nothing perceptibly delicate about them, and in part because a doctor physically can’t get anywhere unless he or she palpates and presses hard on the patient. After all, the organs are buried deep inside.

Finally, the doctor located the pulsating femoral artery, next to which lied the vein. He stuck her with a big needle, and dark blood rushed out while the patient screeched in pain. He passed the line to the nurse, and walked out of the room without too many words.

Every patient is, by definition, vulnerable; their life is in the hands of a white coat, who is often a complete stranger. White coats vary in competence; and white coats are people, with moods and preferences and prejudices and good and bad days. There is also an inherent asymmetry of information and thus of power between patient and doctor. The very ritual of getting into a gown in the hospital robs the patient of dignity and identity, scrubs away their individuality, and contributes to this asymmetry.

This patient was vulnerable on a deeper level. She owned a body that is, to many, shameful. She is not alone: Over one-third of adults in the U.S. are obese, and 6.3 percent are considered morbidly obese. Being obese usually doesn’t conjure pity or empathy. On the contrary, society blames her, and others like her, for looking the way they do. Maybe it is their fault that they are fat. Or maybe they have an underlying metabolic or psychiatric disorder, and their weight is out of their control.

But maybe it just doesn’t matter. Whatever the reason the patient is the way she is, perhaps we should instead recognize these patients for what they are — among the most vulnerable of all. Sure, we felt frustrated by the extra work our patient’s body habitus put us through. But it was not her choice to be in that room with layers of fat lifted by a stranger, causing that smell to emanate from her skin. She didn’t put that on us — we put that on her. If having witnesses to your body’s odors isn’t uncomfortable, then what is?

In the ED, we only interact with each patient for a short time, and it’s natural to fall into a pattern — quick to diagnose, quick to treat, but also quick to judge. The latter is not, it turns out, part of our role as physicians. Sometimes, though, it’s one of our hardest challenges.

Physician coaching and retreats are innovative ways to fight burnout 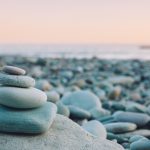 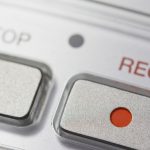 Obese patients are among our most vulnerable
9 comments