I burned out, big and bad.  I can see that now.  My practice environment had become gradually untenable and every attempt I made to change it was blocked.  My call schedule was inflexible and a lot more frequent than when I started my job.  The hospitalists and ED kept sending me cases I didn’t feel qualified to manage, but as it was usually the middle of the night and I was the general surgeon on call, I had no choice.

In the morning, when I asked again if we could find another way to manage these patients, I was told to suck it up, and usually something about bootstraps. I was also trying to handle this without appearing stressed so referring providers would keep sending me patients.  Despite this, my projected salary for the next year was significantly lower, with the same frequency and intensity of call.  I approached the administration about cutting back on call, going part time, or finding some other way to decrease my workload.  They said no.  I broke.

It had been creeping for some time.  When I was a resident, I only drank when I could, which almost never.  Then I got my first real doctor job, I could and did drink much more frequently.  I started leaning on alcohol to cut my stress, to switch off my job when I was home.  I self-medicated, became comfortably numb.  It was never at work and never on call, but nevertheless, my husband started to get concerned about my drinking.  He started leaning on me to quit.

That’s when it got really ugly.  The idea of quitting drinking at that time made me very angry.  Trying to stop me from doing something makes it the only thing I want to do.  I realize now that the idea of taking away my coping mechanism without altering what I was coping with was terrifying.  After a particularly bad night, I called a partner to cover for me the next day, and I was placed on leave.

During my treatment, I came to understand I was trapped in my life.  A lot of the focus during rehab was on spirituality, self-analysis, and admitting powerlessness.  This never resonated with me.  I realized my main issue was that I was powerless and I hated it.  I couldn’t control my call schedule; I couldn’t control the cases I was required to accept; I couldn’t even control my sleep.  What was really toxic, however, was that my lack of power didn’t just affect me, it affected my patients who trusted me.  Each time I tolerated something I knew could be better, I betrayed that trust, and it ate at me.  I couldn’t live with it, I couldn’t escape it (anymore), I couldn’t fix it, and I couldn’t leave. Or so I thought.

Once I started to get my feet under me, I began talking to HR at the health care organization (HCO) I worked for.  It was immediately obvious that they knew little about what I actually did and were not going to be helpful.  I outlined the “essential functions” of a general surgeon and explained that I needed a break from some of them.  They said they’d consider it.

A few months later, my psychiatrist cleared me to return to work if I was assured uninterrupted sleep and a relatively predictable schedule for two months, as a trial.  Translation:  No call and no inpatient work for two months to ease me back in and see how it went.  The HCO said no, they couldn’t accommodate that, period.  I asked if they’d spoken to my partners and was told that this was what the leadership had decided and what my partners thought was irrelevant.

And that was it.  We spoke a few more times as I tried to come up with options to allow me to keep some part of my job.  Breast surgery only, surgical support for the primary care doctors doing dermatology, part-time, you name it, I proposed it.  Nope.  “We can’t just create a job for you,” was the response.  The finale was an implied resignation in a letter from HR thanking me for my service.  That was not a good day.

It’s been almost two years since that letter arrived.  Over that time, I have contacted every practice in the city, contemplated and rejected uprooting my family, and applied for every non-clinical job that sounded remotely interesting.  I have also remained sober, re-bonded with my children, repaired my marriage, started a small business and taken care of myself.  I am at peace with the nothing choice I made in the all-or-nothing scenario I was presented with.  I am, however, still in disbelief at how quickly and completely I was discarded.  My partners and everyone from the HCO ran from the mess of my life and never looked back, not once, not anyone.

No one seems to want to talk about doctors who have already burned out.  We want to understand how and why burnout happens; we are working hard to prevent it, but the conversation stops when the fire goes out.  It’s like we disappear.

There is no widely accepted mechanism for physician re-entry, just a few spotty programs that only accept physicians who left medicine in good standing; which most burned out doctors did not.  Shadowing another physician to rebuild skills requires their commitment and their time, something most doctors are hesitant to give as it ultimately costs them money.  Transitioning to non-clinical careers is also challenging because a burned-out doc starts with no referrals, lots of recently burned bridges, and little to no self-confidence with which to sell themselves.   It’s a long slow, lonely climb.

As a physician shortage looms, we’d be wise to start creating a way back for burned out physicians.  Doctors will likely have to be their own advocates here.  HCO’s don’t care who fills a job, as long as it’s filled.  American medicine treats crispy doctors as damaged goods and simply moves on to the next young, in debt, hungry-to-prove-themselves, I-can-handle-it physician in line.  Risk management shudders at burned-out doctors and strongly recommends avoidance.  But we’re still here, we’re still trained physicians, and we’d like to get back on our feet.

It’s taken me a long time to get to a point where I can share this.  It’s not pretty, it’s not pleasant, but it is happening more and more.  Those of us who make it through burnout would like a way to rebuild.

We need to start talking about what comes after physician burnout.  Please. 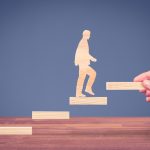 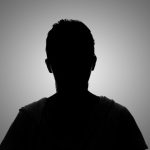