Alfred is 95 years old, and sits quietly in his wheelchair, rocking back and forth.  His strength is gone, and his veins and tendons bulge through fair, translucent skin, stretched over muscles of long lost size and use.  His greatest foe is gravity, which holds his lithe, bird-like form in the chair enough to cause sores on his hips, but only barely.  It looks as if he might float away.

He remembers little, but smiles often.  And his simple joys are coffee and sweets, pecan pie, banana pudding, chocolate cake  These things, these beautiful, delicious gifts anchor pull him into in reality, and out of the reverie which possesses him for hours at a time as he stares out the window at passing seasons, and passing lives on the highway.

He is not bitter.  Sometimes he sings, and sometimes he laughs.  And she knows the name of his roommate, Jake, but forgets it weekly.  He kisses the hand of his nurse, Kendra, who loves him like a grandfather and sometimes reads the Bible to him, drawing from the well-worn and underlined pages in his copy, which his children brought years ago.  When the verses are read, he closes his bright, tired, grey eyes and leans back in repose, ready for the journey.  But he cannot recall a word that was said; there is no need, for the are well carved into the stone walls of his mind, whether he remembers or not.

Alfred dwells, it seems, betwixt worlds.  His muscles and bones, his frayed and frazzled nerves and short-circuited brain, his assorted plumbing and weary organs all remain in part, but not in youthful whole.  His thoughts so scattered, his memories like abstract art, known only to the painter.

Perhaps, Alfred has already begun the journey.  Maybe across the bar, there is a house where he lies asleep; or the beginnings of him, what will be fully Alfred.  His memories are traveling there like files being stored.  His wisdom and laughter, his busy hands, by which he farmed and worked, making and fixing, and with which he cared for his dear Ruby before she went ahead.  All of these pieces slowly and surely precede him and are being assembled by God’s angels, guided by the King Himself.

A shape is there, a form, a place prepared for him.  All that is strong and good and well is becoming more and more real as he, every day, becomes less and less real in his room, in his chair, in his world where he sweetly greets the strangers that are his own children and grandchildren, and hugs them and kisses them with tears he could not explain, his love deeper than breath even if he does not understand it.

Do not fear for Alfred.  He is, slowly and patiently, becoming more and more than we can possibly believe.  He only appears to be less.  He is, unseen by any of us, transforming before our eyes.

One day, Alfred will depart.  He will leave the broken, failing bits of form behind, an empty shell on a beach, a shed snake-skin, old antlers.  One day Alfred, finally and fully himself, will draw breath from air in a place he prayed to go, and open his new eyes on landscapes and visions and joys he could never in his best imagination hope to have.  He will touch his own arms, firm and strong, and new blood flow through vessels that will never narrow.  He will hear waves crash, or wind in trees, and the music of being truly alive at last.

And if all goes as he dreams (and it is likely his dreams are now visions), he will see God first, and his Ruby second and all the others who make the same trip and longed to see him again.  And then all the journey and trouble, all the wait for finality, all the pain and loss will not only make sense, but be irrelevant to his new, redeemed, perfect life.

Edwin Leap is an emergency physician who blogs at edwinleap.com and is the author of the Practice Test and Life in Emergistan.  This article originally appeared in Emergency Medicine News. 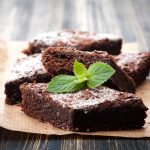 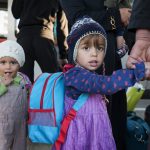 A man halfway between worlds
1 comments