The origins of this anti-tax sentiment are deeply ideological, steeped in a frothy mix of conservative and libertarian principles. My family loves freedom, property rights and the Protestant work ethic (even though they are Catholic). Their attitudes towards taxes spring forth from their deepest moral values. It’s not just the taxes that bother my parents and siblings, but the thought that income is being redistributed to unworthy people.

Or so it seems. Evidence is now accumulating that people’s attitudes toward topics like taxes and income redistribution are more fragile than many of us think, and that sometimes our desires –for social status, and for income we may or may not have earned–take hold on us, forcing us, unconsciously, to later embrace political ideologies that coincide with our preceding desires. When it comes to our attitudes toward taxes, we feel first and think later.

Consider a study in Psychological Science by a team of researchers from UNC and Duke. (You heard that correctly — UNC and Duke can get along, as long as they are not on a basketball court.) Anyway, in their first study, the researchers looked at the relationship between social status and political ideology. They found, somewhat surprisingly, that people’s objective social status — how much money they make and how many years they went to school — did not (repeat: did not) correlate with their attitudes toward income redistribution.

People with modest incomes hated income redistribution just as much as those with high incomes. Instead, the researchers found that it was people’s perceived social status that correlated with these attitudes. People who felt like they were high in social status were less enthusiastic about income redistribution than those who didn’t perceive themselves to have high status.

Think that’s weird? It gets weirder.

For example, in one study, the researchers invited participants to play a stock market game. In the game, participants read about companies they could invest in. They perused information about the companies’ market shares, their profit to earnings ratios and the like. Then they were asked to invest hypothetical money in the companies they thought most highly of. The researchers told them they would then run a stock market simulation over the computer, and see how well their investments worked out, rewarding the most successful “investors” with some of their research funds. They reminded people that the outcome of their investments would be some combination of skill and luck. They also told them upfront that the highest earners would be taxed 20 percent of their earnings, with that money redistributed to the least successful investors.

Imagine you played this game and were told your investments grew more than 89 percent of people playing the game, yielding you a whopping 68 cents in profits. That would feel good, yes? But then imagine you learned that 14 cents of your earnings were being redistributed to less successful investors. How do you think you would feel about income redistribution then?

As it turns out, the “winners,” taxed a whopping 14 cents, subsequently reported strikingly negative attitudes toward income redistribution. By contrast, those who received the added income thought such policies were wonderful ideas.

Political ideologies and moral values play an important role in how many of us judge political controversies. But it is important for us to recognize, and be humbled by, the fact that most of us are not deeply grounded, rigorously consistent political philosophers. Take 14 cents away from us that we believe we have earned, and many of us will at least temporarily become anti-tax crusaders. Become poor through bad luck, and we embrace redistribution like a soldier greeting his fiancée on the tarmac.

Caribbean medical schools: It's not all palm trees and sunsets 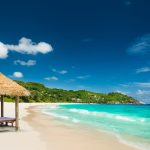 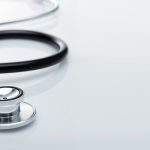 Who hates taxes? The answer isn’t what you think.
62 comments