I first met her in the urgent care at the cancer center when I was on call one night. She was beautiful: 53 years old, four adult sons, and in incredible pain. She had stage 4 breast cancer, and unbeknownst to her, she had a metastatic lesion in her femoral neck, which she had fractured about four weeks ago. But she’d just had a spine operation for mets in her lumbar vertebral bodies a month before that, so she thought it was a complication of surgery. Like the pulmonary embolism she’d had.

She squirmed and winced on the bed, clearly uncomfortable, but she had it; as an intern, my chief resident called it sparkle or grit. Those patients who, no matter how ill, have that will to live; either because they are incredibly tough or because they are truly someone who just shines with life. In her case, it was a mixture. Although in terrible pain, her eye makeup was perfect, she was in control of her situation and her sons acquiesced to her preferences.

Because of her PE, she’d been started on Coumadin; after one dose, her INR was 5.6. After two days of correcting her coagulopathy, I performed a complex hemiarthroplasty of her hip and removed her fracture, replacing it with metal. It went as smoothly as could’ve been expected, but she also had liver mets; she third spaced all her fluids and was 6 liters positive at one point in her hospitalization. Eventually, she started to mobilize the fluid, but I could never dry out her incision.

And although her pain resolved after surgery, she couldn’t get out of bed for more than 10 seconds at a time. At first, I attributed this to deconditioning; after all, she’d broken a month ago and had essentially been bed-bound since. We got her stable enough to get to a rehab facility. That lasted one week.

She was subsequently transferred to an outside hospital for a one time, undocumented fever, and when they obtained a CT of her chest, abdomen, and pelvis that showed the extent of her cancer, they transferred her back to me. Her incision was perfect. She still hadn’t walked. And she could barely stay awake to talk to me.

Her oncologist felt she was actively dying. Her family agreed to hospice, but felt as though they still had hope. And me — well, I did fine. Throughout the family meeting, when her sister cried silently, when her sons questioned if there was any chance of improvement, and if not, how long would they have with their mother. Until I got home. After I ordered DNR status, discharged the patient to hospice, and informed her other physicians of her situation; after dinner and walking my dog, I started to cry, and did so all night.

The oncologist had relayed more of our mutual patient’s social history; although the family seemed involved, she hadn’t met any of them until a month ago, even though she’d been treating the patient for four years. Her husband was in jail or prison. The patient lived with a friend and none of her family realized she’d never picked up her chemo prescriptions, had never really been treated for her systemic cancer. But here they were, begging me for any glimmer of hope. Me, the person who could do nothing for her but alleviate her fracture pain in these last few weeks.

There’s a Scrubs episode where JD tries like mad to get his patient to participate in physical therapy and to get better. That patient never did. My beautiful lady never will; and I have to wonder, somewhere deep down, if she ever wanted to. If she had somehow given up but kept up the pretense for her family. And although I’m so glad her fracture pain is gone, I also realize her surgery was probably the straw that broke her body’s precarious balance it had been maintaining beforehand. It couldn’t handle cancer and second surgical recovery in a period of a few months.

Thank God the successes are so satisfying; that they let me know that opening someone’s body, violating that most sacred, personal space in the very human attempt to cure, or palliate, or fix can be more than worth it for an individual. Because without those successes, these cases where, in retrospect, I never stood a chance of success, would be unbearable.

Brooke Crawford is an orthopedic oncologist. 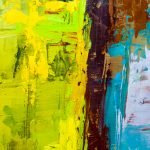 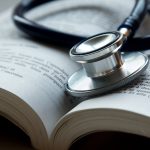