Mathew preferred using the more biblical term “shepherd.” After all, he labored his flock through pastoral pastures and meandering meadows. His parishioners, of course, were sheep and not people.

After years of leading them, he could discern subtle differences: the slope of a forehead, the stutter of a step or the variation in bleat. He had a distinct name for every animal in his flock of thousands.

Although Mathew preferred isolation, he was far from alone. He spent his days in constant motion among the animals, and nights still, under the moonlight beside them. He passed many youthful years this way. A quiet, tranquil life, but not one lacking turmoil.

Mathew grew to love these animals. In so doing, he was forced to master a much broader skill set than just moving to and fro. Sheep got sick, got stuck or became prey. So he devoured books on parasitology, mastered the art of disentanglement and learned to scan the horizon with the eyes of a hunter.

Despite the best of intentions, death came from time to time. The fox was too wily or the dehydration too severe. Panic could also be an issue. Mathew knew profoundly that the axiom “scared to death” could take on a more literal meaning.

At first, these deaths were of little concern. They were natural. Mathew, however, found that as his love for the animals grew, the impact became more sobering. He worried incessantly about possible dangers. He scanned the horizon for predators. He sniffed the air for hazard. His anxiety grew each time he passed the great cliffs at the northernmost border of the pasture lands.

The cliffs were steep, unforgiving, and unavoidable. There was no other way to advance through the northern rim of the territory and move such a large group of animals to the south. Mathew approached this part of the journey carefully. He talked to the sheep, cooing quietly as if the steadiness of his voice could paralyze the musculature of thousands of legs.

He had seen it happen. Once. Twice. Ten times. A poor ram would take off in the wrong direction. If Mathew wasn’t fast enough, he could lose a hundred head as they followed to their doom. He almost always lost one. If he was on his game, he could mitigate the death spiral by stopping the rest from their morbid march.

As the years passed, he felt these losses more profoundly. Mathew remembered the distinctive faces, the names. His fear would bubble to the surface days before reaching that horrid place. Although he couldn’t identify it, what he dreaded most was the guilt.

Mathew had blood on his hands. If he had only been better or faster, he might have been able to prevent such catastrophe. He wandered many lonely evenings with feelings of regret dancing through his psyche and laying waste to his previously held joy.

It ended one night, on the eve of his 50th birthday. Mathew dreamt that herd was running towards the cliffs. They were lambs — moving in a straight, genetic, preordained path. He yelled and screamed, but all he produced was bleating.

He woke up from his dream certain that he could no longer hold himself responsible for nature.

We are born, and we die.

If we are lucky, we help others make the journey more smoothly. We turn them from the most imminent and palliate the most severe.

He could once again love being the shepherd. 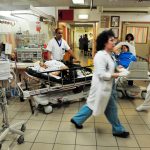 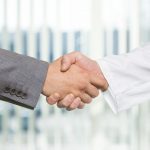