Over the 2016 Christmas weekend, 27 Chicago citizens were shot, of which, 7 were shot fatally. While studying in a Chicago medical school in 2011, I saw the effects of gun violence first. It saddens me to realize that six years later, little, if anything has changed. This past year, Chicago has reported a total 745 homicides, a 56 percent increase since last year and the first time in over 20 years that Chicago has seen over 700 homicides within the city. On average, gun violence kills 33,000 Americans each year.

Gun violence is often framed as a divisive, often partisan, political issue; But as a physician, I see it as a major public health issue. Gun violence has been an epidemic for years, and the disease continues to spread. A distinct lack of public health research into decreasing gun violence has left our country without any viable comprehensive solutions. Only by increasing funding for research into this epidemic can we begin to study and solve this problem.

As a physician now working in the Bronx, I daily see the impact of environmental factors on my patients’ lives and their health As an example, I have a patient who is suffering from serious asthma. We were only able to get her symptoms under control once the construction across the street from her home stopped! On a daily basis, I have read medical research about how decreasing pollution helps patients with asthma, other articles about increasing the availability of fresh foods and vegetables to combat obesity, etc. The National Institute of Health (NIH) and the Center for Disease Control (CDC) facilitate studies to research these problems and offer solutions to inform policymakers. Where, then, is the research to inform policy on another large epidemic, gun violence, that is affecting the health of a number of my patients and our citizens?

I see first-hand the effect that the resulting lack of research has taken on my patients. The consequences are not limited to those being shot; it also affects their family, friends, community. There are patients who now suffer from heart disease and diabetes because they are too worried for their safety to go outside and exercise; there are elderly individuals who suffer from anxiety and panic attacks after seeing their family and friends suffer; there are children who are skipping health classes because they are afraid to go to school. It took the Sandy Hook elementary school shooting in 2012, where 20 six and seven-year-old children were shot, to finally get Congress to consider restoring funding. Even Rep. Dickey flipped his position, stating that, “… somehow or someway we should slowly but methodically fund such research until a solution is reached. Doing nothing is no longer an acceptable solution.”

Now, in 2017, years after the change the CDC has little to show for it. Given gun violence’s role in U.S. deaths, we should expect up to $1.4 billion annually to be allocated for this research. However, only $22 million was given this past year. Without adequate funding, research cannot be completed, and, without research, evidence-based policies cannot be recommended. Without evidence-based policies, there is little hope for the future of my patients’ health. 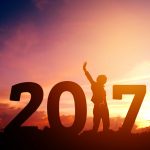 Where is the research to inform policy on gun violence?
16 comments