In the interests of full disclosure, I acknowledge with delight that I have a non-time limited board certificate from the American Board of Anesthesiology (ABA), issued before the year 2000. I can just say “no” to recertification.

The more I learn about the American Board of Medical Specialties (ABMS) and its highly paid board members, the more disillusioned I’ve become. It’s easy to see why so many physicians today have concluded that ABMS Maintenance of Certification (MOC) is a program designed to perpetuate the existence of boards and maximize their income, at the expense primarily of younger physicians.

Lifelong continuing education is an obligation that we accepted when we became physicians, recognizing that we owe it to ourselves and our patients. That is not at issue here. We have an implicit duty to read the literature, keep up with new developments, and update our technical skills.

The real danger of MOC is this:  It is rapidly evolving into a compulsory badge that you might soon need to wear if you want to renew your medical license, maintain hospital privileges, and even keep your status as a participating physician in insurance networks. If physicians don’t act now to prevent this evolution from going further, as a profession we will be caught in a costly, career-long MOC trap. The only other choice will be to leave the practice of medicine altogether, as many already are doing.

The American Medical Association (AMA), to its credit, passed a resolution this year calling for the “immediate end of any mandatory, recertifying examination by the American Board of Medical Specialties (ABMS) or other certifying organizations as part of the recertification process.” Further, AMA policy states:

Any changes to the MOC process should not result in significantly increased cost or burden to physician participants (such as systems that mandate continuous documentation or require annual milestones).

The MOC program should not be a mandated requirement for state licensure, credentialing, reimbursement, insurance panel participation, medical staff membership, or employment.

Many physicians have rebelled against compulsory MOC and have succeeded in getting the attention of their state legislatures. The state of Oklahoma passed a law in April, 2016, stating that nothing in its laws concerning medical practice shall be construed to make MOC “a condition of licensure, reimbursement, employment, or admitting privileges at a hospital in this state.” Kentucky’s governor signed a more limited measure that forbids making MOC a condition of state licensure. Other states are considering joining Oklahoma as “Right to Care” states.

The California Medical Association (CMA) considered but didn’t pass an anti-MOC resolution at its October meeting. However, there is enthusiasm for pursuing the resolution again in 2017, and it appears to have a strong chance of passing. The title of the resolution is, “Maintenance of Certification should not be used as criteria to assess physician competence”, and it would direct CMA to work with the Medical Board of California to promote legislation prohibiting MOC “as a mandated requirement for physician licensure, credentialing, reimbursement, network participation, or employment.”

NBPAS: An alternative to the ABMS monopoly

If there were unquestioned proof that the MOC process improves patient care and outcomes, then the expense and time would be more justifiable. However, no such data exist. Initial board certification is associated with higher-quality practice, but recertification with MOC programs is not. As Paul Mathew, MD, commented in the November/December 2016 issue of Practical Neurology, “Literature regarding the evidence supporting recertification with MOC programs is weak at best, and most is written by conflicted authors who are executive board members of ABMS boards.”

A good example proving Dr. Mathew’s point is a recent editorial defending MOC in the New England Journal of Medicine (NEJM). The co-authors have close ties to the American Board of Internal Medicine (ABIM) and its foundation, which have been mired in financial scandal. It would be hard to defend a claim to scholarly objectivity.

Dr. Mathew and I are both unpaid, voluntary board members of the National Board of Physicians and Surgeons (NBPAS), an organization founded two years ago by Paul Teirstein, MD, a cardiologist at the Scripps Clinic in La Jolla. Dr. Teirstein’s frustration with ABIM’s expensive MOC requirements led him first to create a web-based petition that rapidly accumulated more than 19,000 physician signatures. He then founded NPBAS as a grass-roots physicians’ organization, offering a cost-effective alternative pathway for board-certified physicians to demonstrate their commitment to continuing medical education (CME) while bypassing the ABMS and MOC.

The challenge, of course, for NBPAS is to achieve recognition by hospitals and insurers, which is a slow process. But progress has been made, as thousands of board-certified physicians (myself included) have earned two-year NBPAS certificates, and thousands more are in the process.

The anti-MOC movement shows no signs of abating. An October, 2016 article in the Mayo Clinic Proceedings concluded that only 24 percent of physicians agreed that MOC activities are relevant to their patients, only 15 percent thought they were worth the time and effort, and 81 percent believed that they were a burden. These results were “pervasive, and not localized to specific sectors or specialties.”

To the credit of the American Board of Anesthesiology (ABA), it was one of the first boards to pay attention to the discontent of its diplomates. In May, 2015, it convened a two-day summit to consider redesign of its Maintenance of Certification in Anesthesiology Program (MOCA), and concluded that its ten-year “high-stakes MOC exam is not the most effective way to help its board-certified physicians learn and retain medical knowledge.” The ABA decided to embrace “multiple learning techniques,” and introduced the “MOCA Minute” program, where physicians must answer 30 online questions each calendar quarter or 120 questions annually. This new approach has not brought with it any decrease in cost to participants.

I might be tempted to enroll in the “MOCA Minute” program if I didn’t think that it would be equivalent to stepping in quicksand, and that extrication would be impossible.

After watching residents doing practice multiple-choice questions for years, I’ve reached the conclusion that their time would be better spent reading a good basic anesthesiology textbook and review articles in major journals. The inherent problem with all the multiple-choice questions is that the resident ends up reading three or four wrong answers for every correct one. No wonder they become confused. They would be better off reading only correct information.

I have a fundamental objection also to the ABMS “Six Core Competencies” as the bedrock of the MOC program. Some of them — practice-based learning, patient care, procedural skills, medical knowledge — are fine. But the last two are another matter:

“Interpersonal and communication skills. Demonstrate skills that result in effective information exchange and teaming with patients, their families and professional associates (e.g. fostering a therapeutic relationship that is ethically sound, uses effective listening skills with non-verbal and verbal communication; working as both a team member and at times as a leader).

Professionalism. Demonstrate a commitment to carrying out professional responsibilities, adherence to ethical principles and sensitivity to diverse patient populations.”

These are qualities that we all needed to learn and incorporate into our daily practice long before we were board-certified. If you didn’t have an inherent sense of ethical conduct and personal responsibility before you left elementary school, nothing the ABA does is going to change you. If you can’t communicate, a multiple-choice test won’t help. These topics are not properly the business of continuing medical education.

If MOCA is truly valuable, then the ABA should have enough confidence in its product not to make it mandatory. It should compete in the CME marketplace with meetings, journals, online materials, and every other CME product. Board-certified physicians should be able to choose among all these to demonstrate “lifelong learning” and renew their time-limited certification.

It’s time to make it clear to the ABMS that we’re not its indentured servants. The time to do that is now, before it gains any more ground in making our right to work dependent on surrender to MOC. 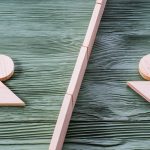 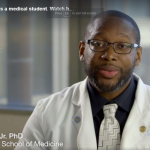