U.S. life expectancy declined in 2015 for the first time in more than two decades, according to a National Center for Health Statistics study released last week. The decline of 0.1 percent was ever so slight ― life expectancy at birth was 78.8 years in 2015, compared to 78.9 years in 2014. However, this reversal of a long-time upward trend makes these results significant.

Headlines last week highlighted how much these unexpected results left the researchers baffled. Jiaquan Xu, a lead author of the study told The Washington Post, “This is unusual, and we don’t know what happened … so many leading causes of death increased.” Age-adjusted death rates went up by 1.2%, from 724.6 deaths per 100,000 people in 2014 to 733.1 in 2015. Death rates increased for eight of the ten leading causes of death, including heart disease, chronic respiratory illness, unintentional injuries, stroke, Alzheimer’s disease, diabetes, renal disease and suicide. Differences in mortality were most prevalent in poorer communities, where smoking, obesity, unhealthy diets, and lack of exercise are ubiquitous.

For fear of sounding like a broken record, I reference a post published on this site about investing more in primary care if the health care system wants more people alive and healthy. Funding a system with a primary care focus is not an innovative concept; it is a well-accepted, winning strategy on which to build the health of a nation. In 2007, the Director-General of the World Health Organization Margaret Chan, said “A primary health care approach is the most efficient and cost-effective way to organize a health system. International evidence overwhelmingly demonstrates that health systems oriented towards primary care produce better outcomes, at lower costs, and with higher user satisfaction.” A thorough meta-analysis by Macinko, Starfield and Shi (2007) addressed the question of whether increasing the number of primary care physicians could improve health outcomes in the U.S. In every health outcome analyzed, the PCP/10,000 rate was associated with improved results. You cannot find a more definitive conclusion than that.

Health policy experts, IT executives and politicians jumped on the ACA, HITECH, and MACRA bandwagon while clinging tightly to their misguided belief that more electronic records, ACO’s, care coordinators, administrators, pay for performance schemes and other fads or gimmicks would improve health outcomes. It turns out one of the most fundamental measures of health care quality, our life expectancy, is no better than before.

Unfortunately, thanks to predatory insurers, lobbyists and self-serving CMS directors plundering the private health care practitioner, now there is another obstacle looming on the horizon which will prove to be a larger hurdle than originally anticipated. The primary care physicians we so desperately need are running from clinical medicine like their hair is on fire resulting in a supply that cannot meet demand.

Based on statistics in 2000, increasing by one PCP/10,000 required 28,726 more primary care physicians. The situation has worsened as the plight of the primary care physician has become more unpredictable and calamitous. Considerable gains in population health could be realized if CMS focused their efforts on more adequately reimbursing physicians rather than penalizing them. Coaxing more physicians to enter primary care or strategizing ways to entice those “retiring” physicians to rejoin the workforce would be worthwhile endeavors indeed. It would be far better than waiting to crank out a new generation from medical school. After all, only 7% of graduates choose primary care as a career for reasons that should be clear by now.

Fifty years ago, just over half of the physicians in the U.S. practiced primary care; today that ratio sits at 30/70. The U.S. has a lower life expectancy and higher infant mortality rate than many other highly developed countries where the primary care to specialist ratio far exceeds ours. Evidence from studies of those countries indicates a primary care-centric system results in better health outcomes, fewer medical mistakes, cost-containment and higher patient satisfaction. If I have said it 1000 times, I will say it again: expanding insurance coverage makes no difference if there are not enough primary care physicians in the workforce to care for patients in need. Paying primary care doctors adequately enough to retain them is the only way out of this mess. 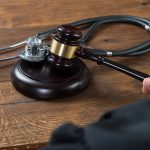 Involuntary discharge from dialysis: A health care practice like no other 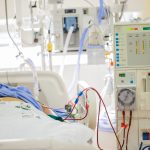