That’s the attitude I see at hospital C-suite meetings. (As in, “Our doctors are protesting our new unproven proton beam therapy center. How cute! They think they know how hospitals work: Even cuter, they think their opinion matters.”) Chuckles all around.

That smiling dismissiveness doesn’t surprise me. Call me cynical, but when people have power over other people, they become contemptuous. And in today’s world hospital executives have that power over their interchangeable, expendable physicians. Their ridicule is regretful, but almost fitting. After all, many physicians they patronize once took that same attitude toward their patients.

At least, though, that behind-the-scenes contempt is sincere. What I resent more is articles like one I just read: “The best way hospitals can engage physicians, nurses, and staff.”

Engaging physicians is very much in vogue these days. The purpose is to tactfully bring physicians around to the institution’s way of doing things.

These articles always have the same advice to bring doctors into line: build trust, make physicians partners, convert physician “champions,” have an engaging style, and (my favorite) make change not about saving money but their desire to help patients.

That last strategy must really offend doctors. They’re asked to change their behavior to “help their patients, ” but they know the bottom line is money … and they know where any money they save will accrue: to the “suits” who’ll then crow to their colleagues about bringing their restive doctors into line.

I’ve seen business interests make this plea for physicians to sacrifice for your patients time and again. The strategy, in effect, makes physicians hostages. The refrain is: We’re slashing your salary, but we know you’ll keep working hard for your patients.

Or we’re making you an employee, but we know you won’t compromise care for your patients’ sake. When I was in TV, I saw this same technique used against reporters. Business interests use your professionalism as leverage against you. It offends me.

The one thing that always seems to be missing in these engagement strategies is how physicians will also benefit financially from changing their behavior. They know they won’t. They know the whole exercise is just kabuki theater; a polite exercise in saving face. They know the real message is do it … or else. (Kind of like the government patiently explaining why it’s your civic responsibility to pay your taxes. They’d prefer not to use the word “jail.”)

Flagrantly ignoring the obvious (i.e., who really benefits from more physician engagement) is just one more way business flaunts its dominance over doctors.

And then there’s that second pretense: That unlike everyone else in society, doctors aren’t primarily interested in money; they’re more interested in helping their patients. Business pretends to honor physicians for their unique humanitarian attitude. In truth, that lie is just one more tool to undermine them.

The current flurry of engagement how-to’s strike me as manipulative and demeaning. But executives are confident unruly children are incapable of reading between the lines.

Massachusetts should reject naturopaths: A message to Governor Charlie Baker 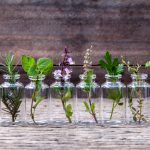 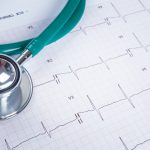 Why physician engagement is code for physician control
13 comments