This post is based on a “friend of a friend” situation. Important details have been changed to protect anonymity, but not the basic realities I want to discuss.

A 49-year old man was diagnosed with a rare form of lung cancer about a year and a half ago. This sad situation is compounded by the fact that he was in a stable marriage with a wife and two children, ages 10 and 14.

The man and his family did what anyone would do in this situation. They sought aggressive therapies to fight the cancer. They were willing to travel hundreds, even thousands, of miles to find promises of the latest and most aggressive treatments. Fortunately or unfortunately, a well-known cancer center in the South Central Plains with a big advertising budget snatched them up.

Off they went on repeated trips to the cancer center hundreds of miles away. Their lives became consumed by doctors, hospitals and treatment trips. The parents tried to maintain as normal a life as possible, but soccer, volleyball, and many other activities were often put on hold.

Doctors told them that this was a rare cancer without many viable treatment options. But there was always an optimistic spin put on the hope associated with whatever experimental treatment the cancer center offered. The man was relatively healthy and energetic at first. He could eat and breathe more or less normally and had normal interactions with his family and friends.

Both chemotherapy and radiation were part of the treatment attempts. Each was co-delivered with a large dose of optimism, but each time the results were iffy at best. After good rounds, the cancer was said to have shrunk a little. On bad rounds, it was portrayed as not growing very much. The doctors always seemed to be “pleased with the results,” but the cancer was still there.

After several series of treatments, the tone started to change. The man still had strength, still was fully alert and was mostly functional. Between the cancer and the treatments he was weaker than when it was first diagnosed, especially during and immediately after chemotherapy infusions. But the doctors had one more hope to dangle in front of the family: a non-traditional lung transplant.

I won’t go into much more detail here, other than to say that a few transplant centers have alternate eligibility lists. Traditionally, eligible patients in each transplant network get first dibs on any available organs, but if an organ becomes available that does not match any patient on the traditional list — if there is a tissue match for the available organ on the non-traditional list — that patient can receive the organ. After many false starts and near misses, after the man had become even weaker and required higher doses of oxygen to stay comfortable, the family got the call. An organ was available.

Within two hours of receiving the call, the husband and wife had loaded their pre-packed suitcases in the car, and they were on the road, with the children safely dropped off at a relative’s house. The doctors would pull out the cancerous lung and replace it with a healthy lung of a 26-year-old victim of a motorcycle wreck. A recent CT scan of the man showed a stable lung size with an only questionable spread of the cancer. The transplant surgeons were optimistic that even if the cancer had gotten out of the lung a bit, they could cut out that tumor at the same time.

They showed up at the hospital the next morning, and the surgery commenced as scheduled. Then, nothing else went as planned. The CT scan portrayed one image of what his insides would look like, but the reality was entirely different. There was cancer everywhere. The cancerous lung was stuck to every surface it touched. It had the hardness of a tennis ball on the parts they could free up enough to see. Round after round of radiation and chemotherapy had essentially fried the tissue into a big ball of half cancer, half scar tissue. The surgeons realized it was pointless to continue and they closed him back up, the donated lung now becoming merely medical waste.

The man then spent a rough course in the ICU. The surgical incision did not heal well. New fistulas developed (holes in his upper abdomen next to his diaphragm and the chest cavity). One fistula drained bloody mucous every time he coughed. The other continually poured out stomach acid onto skin. Bags, tape and medicated creams were only partially effective in containing the acidic fluids. At least opioid pain medications would slightly ease the constant burning sensation of his skin.

After several weeks in the hospital, he finally went home — down about 30 pounds from his first day in the hospital. He tried several different artificial feeding approaches. Between the permanent hole in his stomach and the wasting effect of the cancer itself, he continued to lose weight and become weaker.

Hospice had probably been mentioned as an option before the failed transplant. I’m not totally sure. But I am sure that doctors discussed it by this point. The family was still not very interested in it. They wanted dad to keep fighting. There were more birthday parties to attend, places to see and Christmas was still months away.

At some point, the family relented, and home hospice got involved. Special deals had to be made because the family insisted on some aspects of care that hospice does not usually support. At this point, the man had lost about 60 pounds from his pre-surgery weight.

Although the family allowed the hospice personnel into their house, it was clear from the family’s actions that they did not also adopt a hospice approach to the care. There were contradictions between the family members about what the hospice personnel did and did not explain and what to do in different situations. One evening, he fell asleep and his blood pressure dropped precipitously. There was no sign of pain or discomfort, but the family called an ambulance. In spite of some do-not-resuscitate order in place, the ambulance and hospital people resuscitated him with every treatment short of shocking his chest. His heart never actually stopped beating. After another week in the hospital, he returned home. (By the way, I blame both the family and the ER doctors for resuscitating him, and maybe the hospice people for not explaining things better and maybe even being more readily available. It’s impossible for this outsider to know all the reasons his wife called 911 instead of hospice.)

Now, he was delirious. He had no idea where he was or who his family was. He screamed at his children, believing them to be strangers in his house. The 14-year old could kind of understand that dad was sick and it was not his fault. The 10-year old was terrified. A man who he had only known as a good, loving father now looked like a skeleton with droopy skin and was threatening to shoot him. Attempts at logical explanations could not assuage the boy’s emotional pain. The family decided that it would just be better if the boy stopped going into dad’s room.

(Notice that I’ve said nothing about costs. I think patients and their families should not have the right to demand whatever treatments they want. No other country allows this. It’s not fair to everyone else who also needs a sustainable health care system. But I’ll keep costs out of the rest of this discussion.)

As of this writing, the man is still alive. The delirium has not improved. The family vows to keep fighting.

Fighting for what? For a few more weeks of him staying —technically — alive? They had several opportunities to let him go in peace months before it got this bad. They could have chosen comfort care after the reality of the invasiveness of the cancer was known. They could have let him fall asleep peacefully and die in his home surrounded by loved ones. But they didn’t.

The man will die soon — a tiny fragment of the man he once was. There is evidence that patients with severe forms of cancer and other terminal diseases who choose comfort care early-on live longer and better than those who choose aggressive care. The last memories his children will have of him will be that of an emaciated stranger, both physically and mentally. How much will these memories dominate the memories of his life without the disease? Only time will tell. The 14-year-old should be relatively OK. She was well into the adolescent years of emotionally separating her identity from her parents. I’m not so sure of the 10-year-old. This is still such an impressionable age. Hopefully, videos of happier times shown later will help strengthen the good memories.

When one chooses to fight, one must accept that the outcome may be defeat, possibly a bitter and profound defeat. One’s state of being might be worse after the fight than if the fight never took place. In contrast, I think a better approach is one I’ve heard British citizens and media use before. They talk about being “strong” in the face of a life-threatening disease. I believe this term still acknowledges that the patient has an important role in his recovery, but it removes the implications of winners and losers.

You’ll never see a story like this on Good Morning America or the Today show, and only rarely in local papers and popular websites. Advertisers don’t like sad stories. Ratings go up when there are happy endings. But the truth is, in various degrees of tragedy, these stories are all too common. For America to progress to a more fair, equitable, and sustainable health care system, these stories must be told more often, even if it hurts. 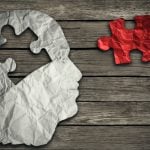 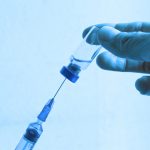 We must tell sad medical stories too
2 comments