An article released in the JAMA sites evidence that the suicide rate in America has risen by 24 percent in the last 15 years associated with a significant reduction in the numbers of psychiatric beds available. The U.S. has had a lower capacity for psychiatric patients than comparable countries in Europe for years, but between 1998 and 2013 that number dropped even further.

Waiting in the ER for days

This trend has resulted in atrocious treatment of people with mental illness. Because it is so difficult to find room in a mental hospital for patients with mental conditions that make it unsafe for them to return home, like suicidal thoughts or intentions, we sometimes see these people spend days or even weeks in emergency rooms just waiting for something to open up. I never saw this a decade ago, but now it is common — even in our small critical access hospital — to see a patient in one of the little windowless and noisy cubicles of our ER for days at a time. They can’t move upstairs to a more comfortable, if inappropriate, hospital bed. Our hospital cannot offer psychiatric hospitalization since we have no psychiatrist on staff. Psychiatrists are rare in small towns.

Many factors led up to this

This situation is a slow motion car wreck. Care for people with mental illness has been spotty and often terrible in the U.S. but has had a trajectory that aims toward better care and understanding. Early in the 19th century, an approach called “institutionalization” created mental hospitals which were intended to care for people with what was then untreatable mental illness for long periods of time. These institutions fostered dependence, usually did not cure or treat psychiatric disorders, made patients vulnerable to abuse and, to top it all off, were quite expensive. Some of the costs were defrayed by unpaid work required of inmates, but in 1973 a court ruled that they were owed at least minimum wage, making the overcrowded and expensive institutions even less viable. Starting in the 1960s, a strong movement led by mental health pioneers pushed for deinstitutionalization. They argued that most mental patients could have their needs met by community mental health centers and could live in sheltered-living situations, such as halfway houses.

Many state mental hospitals closed in the 1970s and 1980s, with varying results. The number of severely mentally ill people who are homeless increased significantly, putting a higher burden on already stressed acute care hospitals. Drug therapy for depression, bipolar disorder and schizophrenia began to be more effective, which meant that some people with these diseases genuinely got better and were able to be successfully independent.

There was less capacity for inpatient care of mental patients after deinstitutionalization. For many of these people, any care at all was prohibitively expensive because most insurance plans had little or no coverage for mental health issues. In 1996, the Mental Health Parity Act passed and required health insurance companies to cover mental health costs up to the same dollar amount as covered for medical or surgical care. Insurance companies quickly circumvented this by restricting numbers of visits and numbers of days in the hospital. In 2008, as the real estate market, banks and the stock market were going up in flames, a rider was placed on TARP (Troubled Asset Relief Program — otherwise known as the bank bailout) called the Mental Health Parity and Addiction Equity Act. This was worded in such a way that mental health care is now generally covered by insurance.

It is wonderful that people with depression, schizophrenia, bipolar disorder and other serious mental illness can get help without necessarily bankrupting their families. This can mean that people get treatment for these problems before they get serious enough to require hospitalization. It probably also increases the demand for psychiatrists and psychiatric beds, both of which are in short supply.

The American psychiatrist: An endangered species

Psychiatry is not a very popular specialty. Out of about 30,000 residency positions each year, only 211 were for psychiatry in 2014-15. That would translate to 211 new psychiatrists for the whole U.S. the year they complete training, assuming all of those candidates finish the program and choose to practice in the field. Many psychiatrists are aging and retiring, and there is already a critical shortage of psychiatrists to meet our present needs. Psychiatry is one of the lower-paid medical specialties and is a difficult row to hoe. Successful treatment of patients is dependent on variables which a psychiatrist has no control over, such as community support, housing and job programs.

Prisons now house a tremendous number of people with mental illness. In 2007, the Department of Justice reported that 24% of jail inmates had symptoms of psychosis, about a quarter of people in jails and prisons had a history of mental illness and a higher percentage had symptoms of mania and depression. The total number of patients in state mental hospitals is about 35,000, and the number of mentally ill people in prison is over 10 times that number. It is tough for people dealing with mental problems to tolerate the stresses of incarceration, and that leads to high rates of injury in fights and attempted suicide.

But people with mental disorders who are at risk for injuring others or breaking the law are more likely to get a bed in a psychiatric facility than simply miserable or increasingly psychotic people who have not broken the law and could benefit from a stay in a psychiatric hospital. It is those miserable, suicidal and psychotic-to-the-point-of-inability-to-care-for-themselves people who end up in emergency rooms for days awaiting a bed.

I can only imagine how it feels to be seriously mentally ill in some of these situations. Picture being severely depressed or anxious and being in prison, where kind words are mostly non-existent, and there is nowhere to take comfort. Or imagine being schizophrenic, hearing voices that break you down and surrounded by nobody who cares. I can hardly allow myself to conceive of depression, anxiety or psychosis while homeless, exposed to the rain and the cold and vulnerable to assault. Closer to home are the patients who wait in the emergency rooms, with nothing to do and no chance to go outside or take a walk while lying on a 30-inch wide gurney covered with rumpled sheets contemplating suicide while having no idea what is happening and when.

If we were to fix this, what steps would we need to take?

Clearly, we need more psychiatrists. We also need more psychologists, and they need more authority to treat, including with medications. This is a different conversation with intrigue that I don’t really understand. But we do need psychiatrists — MDs trained, motivated and excellent at what they do — and we need to pay them in accordance with how vital their work is. There are already incentive programs to train as a psychiatrist and work in underserved areas. But we need more incentives.

We need more capacity to take care of patients in hospitals for those times when things get too intense for them to survive independently.

We need systems to help take care of people with mental illness who need jobs, housing and treatment for substance abuse. We need to strengthen social networks in neighborhoods and communities. This is vitally important for keeping patients out of psychiatric hospitals and out of prison.

We need to shift people with mental illness out of the prisons, which are overcrowded, overused and dysfunctional. This will involve better and more capable staffing and better oversight along with more capacity to take care of them in psychiatric hospitals and community mental health facilities.

We need to support the families of these patients because they are often the only stable thing in their lives. Patients with mental illnesses often burn out their families, which is a tragedy in so many ways. Programs to support families, including caregivers and assistants to help support patients’ independence, should be strengthened.

All of this will cost money, but I suspect it’s not more money than we are presently spending on our dysfunctional systems. Shifting money towards appropriate care for people with mental health problems will not only reduce costs that go to warehousing many of them in the prison system and the cost of acute medical care for the homeless and those plagued with addiction, but it might also decrease the overall national burden of misery, hopelessness and isolation.

Where is the research to inform policy on gun violence? 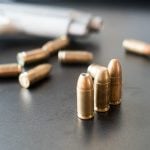 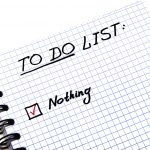