Being sick is a horrible enough time without having to worry about how much it’s going to cost you. Unfortunately, the United States is unique among developed nations in not ensuring that the populace has a safety net that will protect them against exorbitant personal health care expenses. It’s a terrible thing to have to deal with as a physician. I went to medical school to learn how to take care of people and give them whatever care they needed. It’s heartbreaking to hear stories patients getting hit with ridiculously high health care bills that they haven’t got a hope in hell of paying back. People who have worked hard all their lives go bankrupt because of medical costs, in a country as wealthy as this, is unacceptable.

While I don’t pretend to have all the answers, I think the best health care system for patients probably lies somewhere in-between a heavily centralized system like the United Kingdom’s National Health Service (which I don’t think any country should aspire to copy) and an insurance/private-based system like the United States. The closest I’ve ever experienced to that type of health care system is in Australia — a system I worked in when I did my final year medical school elective in trauma care with the Royal Flying Doctor Service in Adelaide.

Patients in the United States, unfortunately, continue to suffer. Here are three ways they can do everything in their power to improve things and make health care more affordable:

1. Shame those exorbitant-charge merchants. In the age of social media, there is no need to suffer in silence. Even if it’s not your bill, but a loved ones’ (e.g., grandma), expose those institutions which are doing crazy things. Shame them. A good example of a story which went viral recently was when a hospital in Utah tried to charge for holding a baby soon after birth. Let the world find out about what’s happening and let the backlash take care of the rest.

2. Negotiate. Many hospitals and clinics have payment plans designed to spread out health care costs. While it’s a less than satisfactory situation to be in, sometimes there’s no choice but to attempt a negotiation. They would rather be paid than not paid at all, but you have to ask and be persistent in your assertions that you can’t pay the full bill.

3. Become politically active. You are a citizen in one of the greatest democracies that’s ever existed. Write letters and arrange meetings with your local congressmen and women. Be relentless in getting your message across and force them to listen to your stories. Speaking as someone who has been to Capitol Hill a couple of times to advocate on behalf of my medical specialty and patient concerns, I don’t think people realize how open our democracy is and how you can easily get your viewpoint heard if you want to.

Our health care system fails our patients on a daily basis. While I think there are a lot of great things about U.S. health care that we totally take for granted, cost is the single biggest area where we need to really do better. At this current time of massive transition politically, we must continue to make this one of the biggest drivers of health care policy, while also realizing that increasing bureaucracy and adding layers of administration is not the answer (something that is tempting for many policy folks to do instantly). We need to stay patient-centered and not place more barriers in between patients and their doctors. Politicians must also resist the special interests and lobbying groups, and do what’s best for their constituents. It’s going to be very complicated, but sooner or later, something will have to give if our patients are all feeling the same way. 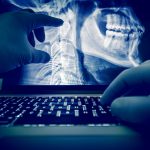 A millennial's guide to medical school 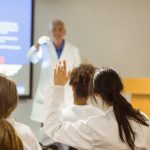 3 ways you can advocate for better health care
1 comments