When was the last time your child read a book featuring someone different from them?

Think of the last few books you read to your children. Chances are, they feature white families and white children. Ask yourself: Are you raising tolerant children?

This bruising election season uncovered the deep layers of intolerance that exist in our country. How do we heal and become a society where differences breed acceptance and not intolerance? How do we build foundations based on racial and religious understanding to create a better future for ourselves and our children?

The answer may be diverse children’s books.

Exposing young children to books featuring multicultural characters broadens their view of normalcy to include those of different backgrounds, races, and faiths. It allows children to better understand others, and to bridge the empathy gap: that difficulty we have in feeling empathy for people, because we do not fully understand their experiences and cannot imagine ourselves in their shoes.

The 2015 U.S. census revealed that forty percent of the U.S. population are minorities. A review of published U.S. children’s books in the past two decades showed that only ten percent contained multicultural content. We already know that movies and television shows lack diversity. Given this current lack of multicultural books and media, are your children exposed to any other sources of diverse entertainment?

When we fail to have books and media that accurately reflect our societies, minority children grow up questioning their identity and importance in society. All children lose the ability to understand others from different backgrounds — a critical step in the development of empathy and tolerance.

In recent years, heightened awareness and initiatives like the #WeNeedDiverseBooks campaign, have drawn attention to the issue and we have started to see an increase in the publishing of diverse books. There has been progress, but there is still some work to be done before the diversity of our books fully represent the diversity of our country. Literary agents need to represent more diverse authors, and publishers need to be willing to publish diverse books.

As parents, we must introduce diverse books to our children to help them become tolerant adults. We need to share our multicultural world with then, so that they can better understand that people can look different, have different faiths, or come from different backgrounds, but they all share a similar need for love, community, family, and country.

All children — black children, white children, brown children, and children of all faiths — deserve to see themselves in their books, to recognize that their stories, and stories of people like them are worthy of being told. Exposing our children to diverse books so that they learn about and celebrate others, might be just the prescription we need to start bridging our empathy gap and raising tolerant children.

Fatu Forna is an obstetrician-gynecologist and author of Puppy Princess Sheba, a children’s book series.

It’s time to stop mandating board exams for family physicians 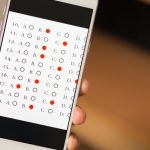 The need for pharmacy electives in the medical school curriculum 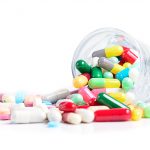