On the campaign trail, you referred to the opioid epidemic plaguing the nation a “tremendous problem” — and it is. You claimed that this crisis could be mitigated by building a wall between the U.S. and Mexico to “cut off the source.” You promised to dedicate resources to get afflicted Americans treated.  You pledged to take addicts and “work with them” to ensure they are “gonna get that habit broken.”

As a board-certified practicing pain physician, I appreciate your enthusiasm for addressing the issue and broad commitments to do so. But there are three underlying facts you need to consider if we as a nation are going to adequately address the problem.

Fact 1: Legally prescribed opioids can be a gateway drug to heroin. One hundred million Americans suffer from chronic pain conditions, and four out of five new heroin users first abused opioid painkillers that were legally prescribed by doctors. For physicians and patients alike, the pain management path of least resistance remains opioid medications.  This still growing reliance on prescription opioids to manage pain is troubling; in 2012, enough prescriptions were written in the U.S. to give every adult their own bottle. In order to solve this crisis, we need to start at the root source. Surprisingly, most U.S. physicians have limited training in pain management. Educating health professionals, increasing understanding of how to diagnose pain and expanding the suite of appropriate treatment options to manage painful conditions is paramount.

Fact 2: Opioid medications are often cheaper than non-pharmaceutical pain treatment options. Physicians work with patients to ensure they get the best and most affordable health care they can. But the harsh reality is that for many pain sufferers, the time required and cost to fill a prescription is less than alternative treatment methods such as physical therapy, acupuncture, and medical devices which are often not covered by even the most generous insurance plans. The health care industry has to mainstream alternative treatment options and increase accessibility to those treatments so that they are turned to as frequently as the prescription pad or the pill bottle in the medicine cabinet.

Fact 3: The opioid addiction is a public health crisis, not merely a criminal justice problem. Opioid addiction doesn’t just afflict the criminal underbelly of society; people with no prior criminal record are increasingly becoming overdose statistics. Women are more likely to suffer from chronic pain conditions, be prescribed prescription pain relievers, given higher doses, and use them for longer time periods than men. Prescription pain reliever overdoses in women increased by 400 percent between 1999 and 2010, compared to 237 percent for men. Adolescent use is also on the rise, and most kids who abuse or misuse prescription pain relievers are given them (for free) by a friend or relative and do not take them under the supervision of a doctor. This behavior can spiral quickly into addiction patterns that lead to heroin or other illegal drug use.

Mr. President-elect, as you may have experienced watching your brother’s battle with addiction, cutting off the source of illegal drugs is not a sufficient enough response. An addict will always find a new dealer or way to get high. While expanding law enforcement and prosecuting traffickers of illegal drugs are laudable goals, gaining a better understanding of how to treat pain and expanding access of those treatments should be a priority. And once a patient is addicted, we turn to addiction treatment facilities and abuse-deterring drugs. But these options alone won’t solve the problem, which must be regarded as the greatest public health crisis facing our nation in a generation.

While the Congress recently passed the Comprehensive Addiction and Recovery Act (CARA), this law is just the start and must be fully funded if it stands of chance at working. Furthermore, advocates need to recognize CARA does not address all the issues that lead to opioid addiction. But neither does building a wall, prescribing more drugs or increasing police presence. In medical school, they teach us to treat the problem, not merely bandage the symptoms.

Give the outside hospital the respect it deserves 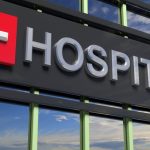 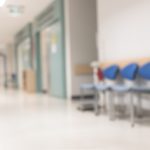