It was Albert Einstein’s “biggest blunder.”

Using his general theory of relativity, Einstein devised a formula that predicted the universe was expanding. This was an unfathomable idea, though. How could the universe expand with all the gravitational forces pulling the heavenly bodies together.

In Einstein’s time, the universe was thought to be stationary. A universe that was anything but stagnant was an inconceivable idea since celestial matter would spin out of control, disrupting the fabric of space and time, and creating total chaos.

How did Einstein reconcile this with his formula? He simply added a term to his equation, known as the cosmological constant, turning the formula from one that rightfully concluded that our universe was expanding to one predicting that our universe was stationary, thus keeping with his colleagues’ thinking at the time.

A few years later, Edwin Hubble used a Cepheid variable star to measure the distances to other galaxies and found that objects in the cosmos were moving apart from each other, demonstrating that the universe was anything but stationary, that Einstein’s original equation was correct, and that Einstein had done the wrong thing by adding the cosmological constant to “balance out” his equation.

Hubble’s discovery revolutionized the field of astronomy, eventually leading to the Big Bang Theory; since the universe was expanding, astrophysicists reasoned that it must have started from a single physical point.

Upon learning about Hubble’s discovery, Einstein immediately realized his mistake and discarded the constant, regretting his attempt to force his original theory to conform to the viewpoints on matter and nature that were popular at the time.

The practice of organizing facts to make them fit a preconceived template is, unfortunately, rampant in the medical field. Take the diagnosis of fibromyalgia, for example. This was a term originally coined by Dr. Muhammad Yunus in 1981 to describe a disorder characterized by diffuse body pain, fatigue, and cognitive impairment. Although there are hundreds of accounts of patients suffering from similar symptoms throughout history, dating back as far as the story of Job in the Old Testament, Yunus was the first person to officially give the nebulous constellation of symptoms a proper term. Subsequently, the diagnosis of fibromyalgia became an umbrella diagnosis given to any patient whose chronic pain and fatigue could not be attributed to any specific disease (e.g., hypothyroidism, lupus, rheumatoid arthritis, malignancy, or Lyme disease).

Although there are myriad theories about the causes of fibromyalgia, ranging from nerve fiber abnormalities and brain anomalies to dopamine dysfunction and central nervous system sensitization, there is no specific test to confirm this chronic disorder. It is a clinical diagnosis given to patients with nonspecific symptoms and a presumably negative work up.

Fibromyalgia, though, is not the only medical disorder conceived by physicians to force certain groups of patients to fit, out of sheer convenience, into a specific diagnosis. Irritable bowel syndrome is another. A patient with abdominal pain of uncertain etiology, who has presumably had a full GI workup, including blood work, endoscopy/colonoscopy, and biopsy, will often be given this diagnosis, even though many times the work ups were revealed to be incomplete, or their symptoms were later attributed to one of a plethora of food allergies or autoimmune disorders.

Modern physicians are just as guilty as Einstein in forcing data, out of unyielding convenience, to comply with our current understanding and knowledge. We can argue that there is definite value in using our medical intuition to recognize patterns and make a clinical diagnosis. Such categorization provides an explanation for symptoms and a trajectory for treatment plans.

However, it is pertinent to keep in mind that labeling, categorizing, and grouping disease based on our current medical wisdom can be fraught with mistakes; many of us classify patients, often incorrectly and inappropriately, with nebulous diagnosis that often lack objective confirmatory testing. Classifying for mere convenience is the equivalent of throwing a random constant into a formula to make things “balance out.”

The good news is that we as physicians can do something to change all this. And this again is where the cosmological constant comes into play.

When modern astrophysicists use quantum field theory to calculate the speed at which the universe is expanding—and then compare this value to the actual observed speed — they are way off!

The difference between the calculated and observed number is a factor of one followed by one hundred and twenty zeroes. Can you imagine being in a high school math class and answering a question that was off by that same amount? It would seem like you had no clue what you were doing.

But modern astrophysicists do. They know that their current understanding of the expanding universe is very limited, that they are off in their calculations and, more remarkable than anything else, they know by exactly how much. And to their astonishment, the difference between the calculated and observed values of the speed at which the universe is expanding — the number with the one hundred and twenty zeroes after it — is Einstein’s cosmological constant!

While the constant, therefore, is a valuable lesson to physicians about forcing their diagnoses, it can also be a reminder about recognizing our limitations. What differentiates modern astrophysicists studying the expanding universe and physicians studying the human body is that while both groups are ignorant about many aspects of their field of study, astrophysicists admit their ignorance and can quantify it exactly—in this case as the cosmological constant. We as physicians have a difficult time admitting our ignorance. Every year dozens of previously held dogmatic truths are overturned by landmark research studies, which years later get proven wrong by other studies. According to Dr. David Sackett, the father of evidence-based medicine, “Half of what [students] learn in medical school will be shown to be either dead wrong or out of date within five years of graduation.” The problem is that nobody knows which half of our current medical knowledge is right.

And still, we as physicians are sometimes arrogant and steadfast in our explanation of disease, treatment, and prognosis, often labeling someone “psychotic” or a “pain-seeker,” when in fact we often have no clue what actually causes their symptoms. It’s not just fibromyalgia or irritable bowel syndrome about which we are lacking in understanding. There are countless other unanswered questions that we still gloss over in our practices. How come the prevalence of multiple sclerosis increases the farther away, you live from the equator? What really triggers the delirium known as sundowning experienced by elderly patients in the hospital? Could schizophrenia be caused by an unknown microorganism living in the brain?

There are hundreds of diseases that we assume we know a lot about, for which we prescribe medications that are often ineffective, as we continue to trick ourselves into believing we know what we’re doing. Among them are dementia, autism, inflammatory bowel disease, and bipolar disorder.

Up until one hundred years ago, the practice of cupping, leaching and bloodletting was as widely prevalent as our current practice of giving an aspirin to treat coronary artery disease. A little-known fact is that George Washington didn’t die from epiglottis, but rather from the intentional bleeding done by the physicians treating him.

Will chemotherapy be considered modern bloodletting by future generations?

As ludicrous as that may sound, a recent discovery out of the University of Virginia last month made us wonder whether perhaps medicine’s need for a cosmological constant is not so different from that of modern astrophysics. After centuries of studying the human body and assuming we had a firm grasp on our own anatomy, the medical community was dumbfounded when a pair of scientists last month announced they had discovered that the human brain has its own lymphatic supply — its own unique network of vessels trapping bacteria, viruses, and other microorganisms, and draining them into lymph nodes. It’s astonishing how this physical, tactile, visual network of vessels eluded physicians — even neurovascular surgeons — for centuries. This recent discovery of a lymphatic system in the brain is the equivalent of astronomers, after spending decades searching the distant cosmos for intelligent life, discovering that there has always been intelligent life on our very own Moon.

This finding is a reminder that our current medical knowledge is still extremely limited. By accepting this, we can seek unbiased truth and not be fooled by our superficial understanding of disease. If we had a number that quantified the difference between what we think we know and what we actually know — something equivalent to the cosmological constant — perhaps it would make us less arrogant and more humble.

More importantly, it would also help us focus our energy on those aspects of our field about which we have indisputable evidence for benefit: preventive medicine. Spending more time speaking to our patients about lifestyle modification (i.e. smoking cessation, healthy eating, active living) would ensure we become effective healers and empathetic practitioners, especially since the utility of being courteous and compassionate is another one of those rare absolutes of medicine.

We shouldn’t discount our great medical discoveries, but we should acknowledge that we know far less than what we think we do. However, even though the father of evidence-based medicine points out that fifty percent of medicine is wrong, there is still an opportunity to do one hundred percent right by our patients. We need to emphasize compassionate doctoring. We need to spend more time addressing preventive medicine. We need to be more critical thinkers. And we need to challenge modern dogma.

Perhaps as new data accumulates and new discoveries are made, we will learn that medicine’s cosmological constant is less daunting than that of the expanding universe. 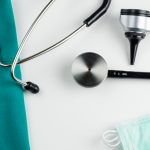 Enter the world of a physician entrepreneur 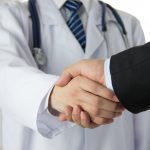 Should medicine have a cosmological constant?
1 comments