Sir William Osler wasn’t exactly wrong when he said, “Listen to your patient, he is telling you the diagnosis.” But he didn’t mean it literally. His patients did not offer up esoteric and complete medical diagnoses on a silver platter. They left him clues in plain language that he listened to carefully in order to make the correct diagnosis.

He penned his words in an era when medical information was scarce among non-medical people. There was no Dr. Google, Dr. Oz or Dr. House to educate the public about diseases or medical terminology a century ago.

In a way, I think doctors today have to do more filtering of what our patients say to get the medical history straight.

For example, Mrs. LaVerdiere made an appointment for nausea some time ago. As soon as I walked into the exam room, she started telling me about how she must have eaten a spoiled crab sandwich on her trip to a coastal fishing village the weekend before. Her conversation was full of theories as to why she was feeling unwell and her husband wasn’t. I finally got her to describe in great detail exactly what she felt, and the gnawing pain that radiated to her back did not fit with a simple case of food poisoning. Her CT scan showed the smallest pancreatic cancer ever diagnosed at Cityside Hospital, and she underwent a Whipple procedure as easily as any routine minor surgery.

Mrs. Waller describes ordinary bodily sensations in the most dramatic terms and throws terminology around that rocks me out of my country-doctor way of plain-talking. She has, over the years, described ordinary itches as “you know how it feels when you’ve been bitten by a thousand fire ants,” headaches as “I felt like I was about to pop a berry aneurysm” and indigestion as “pyloric stricture.” I have the distinct impression she is always trying to make my job easier by describing things in more or less medical terms in case I forgot to speak English.

During my tenure in medicine, the tendency for patients to offer explanations and theories instead of just describing what they feel has increased dramatically since the creation of the internet. But I have come to realize that there have always been people who are simply not able to recognize and describe what they are feeling, particularly emotions. They, therefore, tend to describe the bodily sensations that their unrecognized emotions produce. Or, even harder to decipher, they are only capable of reporting other people’s observations of their own appearance or behavior.

Most of us recognize that anxiety or other strong emotions can cause heart palpitations or abdominal pain. Hence, our use of expressions like ”gut-wrenching,” but some of us are only aware of the bodily sensation and are clueless about the emotions that trigger them. They are also usually skeptical about any suggestion of such a connection.

Hedda Brown is one of those people I have always struggled to diagnose, no matter what ailed her. Only a few years ago did I learn the word for her condition: alexithymia, an inability to recognize emotions. She would answer questions like “tell me more about in what way you don’t feel well” with stories like this:

“I knew I wasn’t feeling right yesterday morning. I didn’t want breakfast. Harry, my husband, took one look at me and said I looked piqued and told me I looked like I was about to vomit. My daughter also noticed something about me. She said I looked like I was dehydrated. She acted real nice all of a sudden, instead of her usual way of ignoring me, she offered to make me a cup of tea or make me an omelet, but I just didn’t want any.”

No matter how much time I give Hedda to tell her story, I get very little to work on. So I usually try some direct questions, like “Did you have chills?” or “Did your belly hurt?” But even that kind of inquiry usually results in answers about other people’s observations or theories.

I have finally come to realize that Hedda carries with her more than a lifetime’s worth of grief, which now and then erupts as a sensation she has no words for. Because she is so unaware of her emotions, the most I could ever expect from her is a general bodily sensation, like “a pain here” or “not hungry.” In the beginning, she underwent a fair number of tests, but as she has started to trust me more, we have had a few conversations along the lines of “maybe your body is trying to tell you something”. It is a slow process.

Thinking about Sir William’s famous quote, perhaps it could be adapted for the Internet age this way:

“Listen to your patient’s story; he is telling you the diagnosis.”

Telemedicine: What could go wrong? A lot. 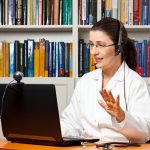 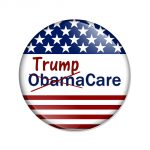 Listen to your patient’s story: It’s their diagnosis
2 comments